Did Texas Gov. Greg Abbott Tweet About 'Putting Migrants on a Bus' on Christmas Eve?

Twitter users shared a fake tweet about celebrating Christmas Eve by "putting migrants on a bus and kicking them out into the freezing cold." 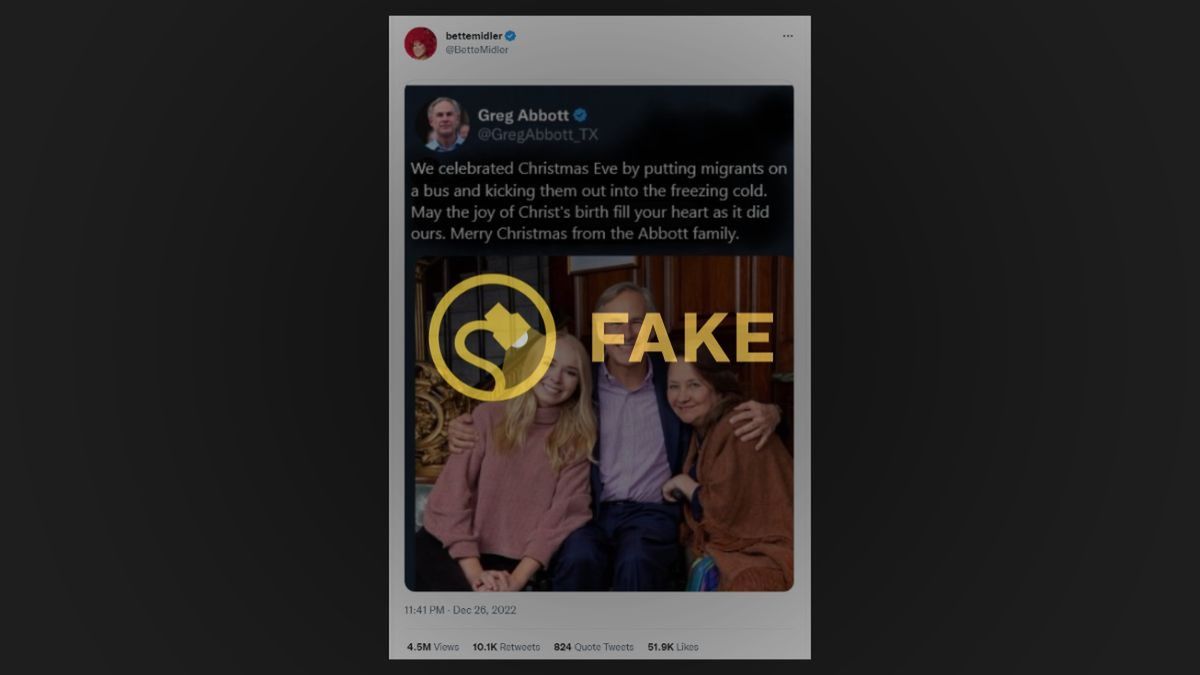 Claim:
An authentic tweet from Texas Gov. Greg Abbott read, "We celebrated Christmas Eve by putting migrants on a bus and kicking them out into the freezing cold. May the joy of Christ's birth fill your heart as it did ours. Merry Christmas from the Abbott family."
Rating:

On Dec. 26, 2022, Facebook and Twitter users shared what appeared to be a screenshot of a tweet from Texas Gov. Greg Abbott in which he said that he and his family "celebrated Christmas Eve by putting migrants on a bus and kicking them out into the freezing cold."

The screenshot was not authentic, however. The tweet was fabricated. It never appeared on Abbott's timeline: 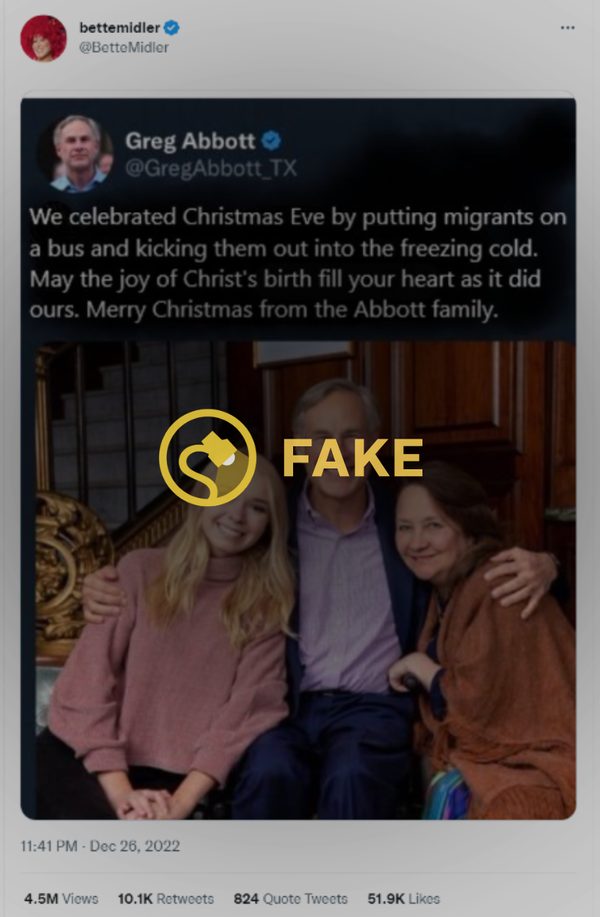 We checked the Polititweet archive of deleted tweets from Abbott's account and confirmed that no such tweet was ever posted.

Abbott did send out a tweet to his followers on Christmas Day, featuring the same photograph of himself with his family, and it obviously became the source material used to create the "migrants on a bus" meme.

The fake tweet appears to be a sarcastic reaction to the actual busing of a reported 139 migrants by the state of Texas to Washington, D.C., where they were dropped off in subfreezing temperatures on Christmas Eve near the residence of U.S. Vice President Kamala Harris. Since April 2022, according to the Houston Chronicle, Abbott has bused thousands of migrants to cities with Democratic leaders. The Biden administration was harshly critical of this instance in particular, the Chronicle reported:

White House officials blasted the Christmas Eve drop off, pointing out that some children were on the bus.

"Gov. Abbott abandoned children on the side of the road in below freezing temperatures on Christmas Eve without coordinating with any federal or local authorities," a White House representative, Abdullah Hasan, said in a statement. "This was a cruel, dangerous, and shameful stunt."

Seddiq, Oma. "White House Condemns Texas Governor after Migrants Were Dropped off Outside Kamala Harris' House: 'Abbott Abandoned Children on the Side of the Road in below Freezing Temperatures.'" Business Insider, https://www.businessinsider.com/white-house-slams-texas-governor-greg-abbott-migrants-dropped-dc-2022-12. Accessed 27 Dec. 2022.