A conservative meme omits Republican support for a $6 billion cut that affected some military retirees. 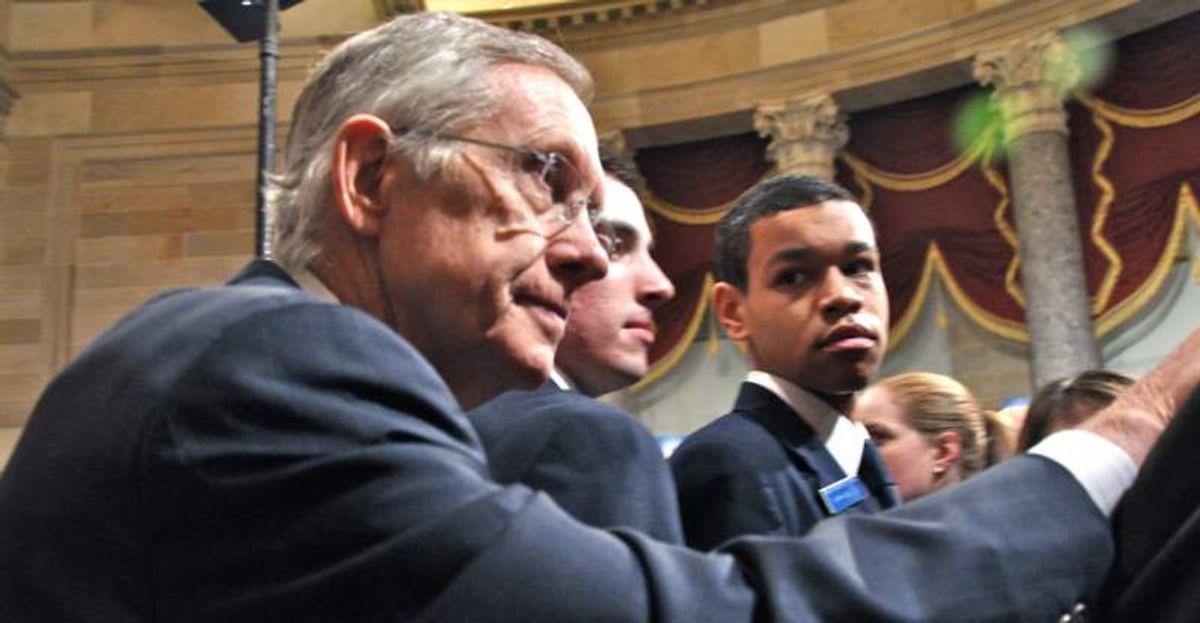 In December 2016, a meme surfaced, appearing to lay all the blame for a $6 billion cut to veteran pensions on Senate Democrats, while omitting the fact that the legislation was created (at least in part) by a Republican.

The image concerns the Bipartisan Budget Act of 2013, which was the result of the highly-publicized negotiations between Rep. Paul Ryan (R-WI) and Sen. Patty Murray (D-WA). One clause in the bill called for cost-of-living adjustments (also known as COLA) for retired U.S. military members under the age of 62 to be cut by 1 percent below inflation beginning in December 2015.

The bill passed in the House on 12 December 2013 in a roll call vote by a margin of 332-94, with 169 GOP lawmakers joining 163 Democratic counterparts in support of it. Six days later, it passed in the Senate in a 64-36 vote. And here the meme is accurate: Senate Democrats did vote as a block for the measure, joined by seven Republicans and independents Bernie Sanders of Vermont and Angus King of Maine.

Ryan later penned an op-ed in USA Today defending the bill — and the COLA cut in particular:

Here's what the new law will do. We make no changes for those currently at or above age 62. This reform affects only younger military retirees. Right now, any person who has served 20 years can retire —regardless of age. That means a serviceman who enlists at 18 becomes eligible for retirement at 38. The late 30s and early 40s are prime working years, and most of these younger retirees go on to second careers.

All this reform does is make a small adjustment for those younger retirees. If they retire before age 62, the annual increase in their retired pay will be 1% less than the inflation rate. In other words, their benefits will grow every year — just at a slower rate. And when the retiree hits 62, DOD will recalculate the retired pay so that it will be where it would have been if he or she had received the full inflation adjustment every year since he or she retired.

Here's an example: If a serviceman enlisted at 18 and retired at 38, under this policy his lifetime benefit would be about $1.7 million instead of $1.8 million. For a service member who retired at the average military retirement age of 44, the difference would be smaller, about $30,000 over his or her lifetime. This is a far more modest reform than other bipartisan proposals, some of which would have fully eliminated the adjustments for inflation for working-age retirees.

However, that part of the law was repealed in February 2014 under a separate bill, this one introduced by Sen. Mark Pryor (D-AR).

Newton-Small, Jay. "How the Very Liberal Patty Murray and the Very Conservative Paul Ryan Made a Deal." Elle Magazine. 3 November 2015.