Did Pope Francis Cancel the Bible and Propose a New Holy Book?

A shocking story about the Pontiff's upending thousands of years of tradition originated on, you guessed it, a hoax site. 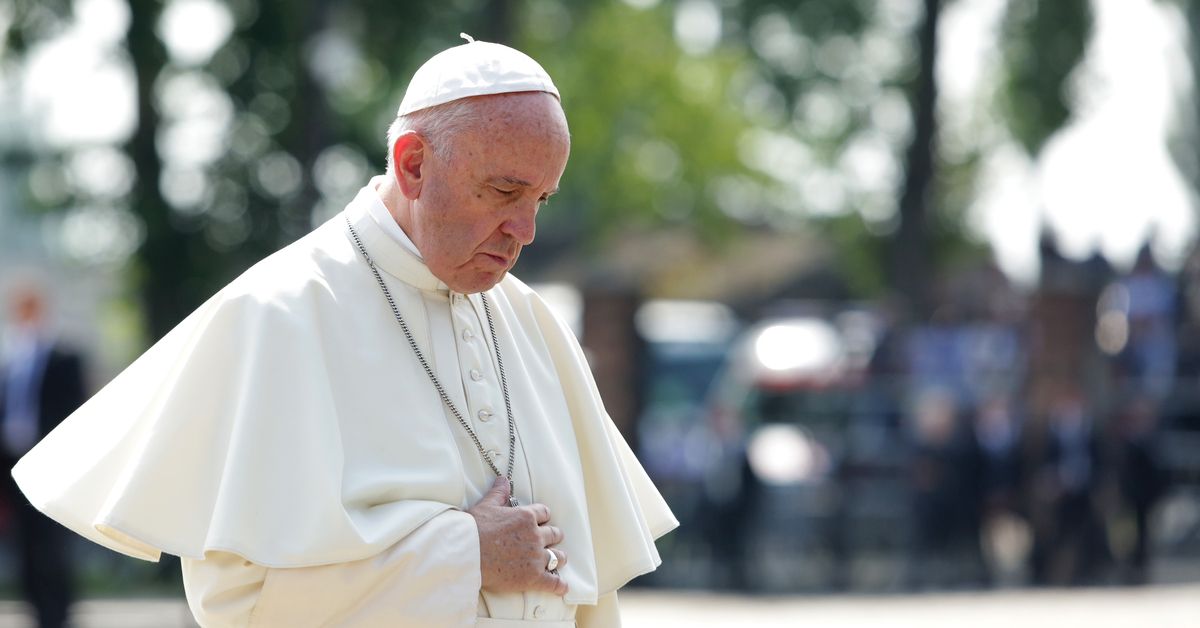 Claim:
Pope Francis cancelled the Bible and proposed the creation of a new holy book.
Rating:

On 2 April 2018, ThereIsNews.com published an article which appears to report shocking news for the Catholic church — Pope Francis had "cancelled" the Bible, and is proposing the creation of a new holy book:

Pope Francis has surprised the world today by announcing that The Bible is totally outdated and needs a radical change, so The Bible is officially canceled and it’s announced a meeting between the highest personalities of the church where it will be decided the book that will replace it, its name and its content. Some names are already being considered and the one that has more strength is “Biblia 2000”.

ThereIsNews.com is a humor web site that solely publishes fictional content, and it carries a disclaimer on the web site that reads as follows:

The site “There is news” (https://thereisnews.es) (hereinafter referred to as TIN) is a humor site whose purpose is entertainment.

The content of TIN is fiction and does not correspond to reality.

All references, names, brands or institutions that appear on the site are used as contextual elements, as in any novel or fiction account.

The work of fiction may have fooled some readers, as it was published just a few days after several media outlets reported that Pope Francis had denied one of the core tenets of Catholicism — the existence of hell. That rumor, too, was likely either embellished or misreported.

Pope Francis does have somewhat of a history of making controversial statements that are seemingly at odds with traditional church teachings:

Put the 81-year-old pontiff in front of a microphone, and he will make news.

Case in point: During a 2015 brief press conference aboard the papal plane from the Philippines to Rome, when Francis sounded off in his very unpope-like way on birth control, corruption and kicking grifters where the sun don't shine.

Although this has caused some genuine concern among religious leaders, it has also spawned rumors that the Pope was deliberately trying to undermine the church. This theory was summed up by the conspiracy theorist blog YourNewsWire.com in an article appearing to report that Pope Francis said that his word "overruled" anything written in the Bible:

Pope Francis has responded to claims that many of his teachings “contradict Bible teachings” by saying that his words “overrule” anything written in the Bible.

The pope has further angered traditional Christians in recent weeks by developing the habit of hiding the crucifix that is worn around his neck when speaking in public, causing many Christians to believe the pontiff is ashamed to display the powerful Christian symbol.

YourNewsWire.com placed the word "overrule" in quotes in both their title and opening sentence, but they never provide the actual quote in which Pope Francis allegedly expressed this belief.  It also posted several photographs of the pontiff, using them to claim that he purposefully hides the crucifix on his neck while in public because he is ashamed of the religious symbol:

But Pope Francis is so ashamed of our Lord Jesus Christ that he concealed his pectoral cross from Jews by stuffing it into his fascia or waist sash.

These photographs, however, appear to show cherry-picked moments when his cross slips behind his clothing. For example, this web site claimed that Pope Francis hid his cross during a kosher luncheon he hosted in January 2014 for a group of rabbis from Argentina. Although the image they provided appears to be genuine (left), other images from this event show the Pope wearing his cross in full view:

Likewise, this web site provided three more images which purportedly showed the pope hiding his cross during a visit to Yad Vashem, Israel's memorial to the victims of the Holocaust, in 2014. And although these images all truly show the Pope with his crucifix partially hidden behind his fascia, this is hardly proof that the Pope is ashamed of his religion.

He may have been attempting to be culturally sensitive to his Jewish hosts, or, more likely, these were simply momentary (and wholesome) wardrobe malfunctions, as a number of other photographs from the Pope's trip to Yad Vashem show the crucifix on full display: A video of the Pope's visit to Yad Vashem also shows his cross both in and out of his waistband:

The pope never said that he was cancelling the Bible or that his word "overruled" what was written in the holy book. Furthermore, the photographs purportedly showing the pope "hiding" his cross from view are merely cherry-picked moments from when the crucifix he wears momentarily slipped behind his clothing.