Did an Orca Eat an Ice Fisherman on Camera?

One of several ways to spoil a perfectly good day of peaceful ice fishing. 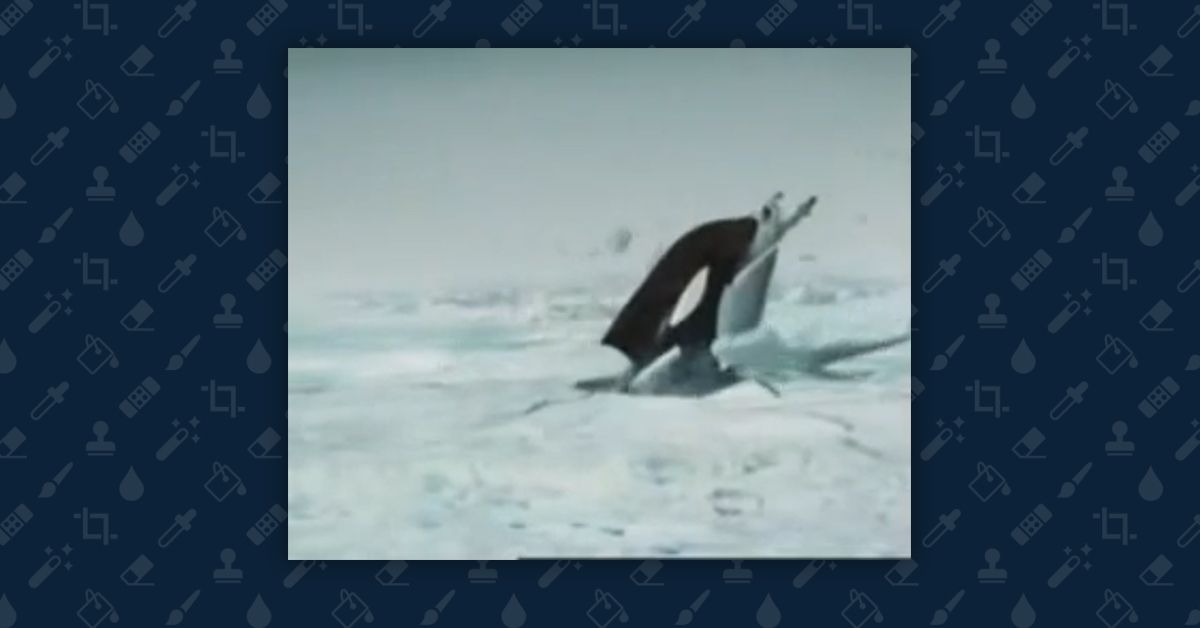 Claim:
A video shows an ice fisherman getting eaten by an orca.
Rating:

A video purportedly showing an orca eating an ice fisherman has been making its way around the Internet for several years:

It shows an Inuit fisherman sitting on a frozen body of water with a fishing rod, when suddenly a gigantic orca bursts through the ice and grabs him. However, this is is not genuine footage -- as the voiceover might indicate, it is actually an edited version of a commercial for Tip Top bread.p;

The original advertisement was created in 2002 by advertising company M&C Saatchi for George Weston Foods, which owns Tip Top Bakeries and directed by Roger Tompkins. Part of the commercial was later edited out, and the clip was then circulated as though it shows a real ice fisherman getting eaten by a killer whale.

The original commercial can be glimpsed below.

In a similar vein, the Dominican Republic-based chain of La Sirena retail stores showed an orca attacking a man on a beach in an effort to sell pencils. That advertisement was also edited and circulated as if it were genuine.

Removing identifying content in order to circulate unbelievable footage as genuine is a common ruse on the internet. Although these deceptive tactics usually involve humorous or lighthearted content (such as skydivers landing on trampolines or people tow surfing behind sharks), this sort of "prank" has also been used for less amusing purposes, such as spreading fears about an imminent (but nonexistent) nuclear war.