Did Rosie O'Donnell Offer Bribes to Senators on Twitter?

The comedian "offered" two million dollars each to two Republican senators if they voted no on the GOP tax bill, but attendant bribery charges would be unlikely. 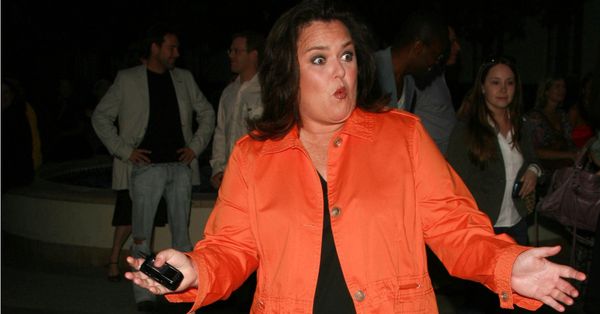 Rosie O'Donnell tweeted an "offer" of two million dollars each to Senators Flake and Collins if they voted "no" on a GOP tax bill.

The claim O’Donnell broke federal law by posting her tweet is based on a largely superficial and incomplete legal analysis.

On 19 December 2017, comedian Rosie O’Donnell tweeted an offer of $2 million each to Republican U.S. Senators Jeff Flake and Susan Collins, provided they each voted "no" on the GOP tax reform bill:

Even though O’Donnell's "offer" was rather obviously a hypothetical bit of humor intended to make a point, and even though neither Flake nor Collins voted against the bill (which passed both chambers of Congress and was signed into law on 22 December 2017), many on the right used the tweet to suggest that O’Donnell, a foe of Donald Trump's since well before his presidential run, had broken federal bribery laws. Fox’s Sean Hannity, for example, wrote:

Rosie’s offer may land the comedian in hot water with federal authorities, as offering funds to public officials to change their votes is considered a serious crime.

Conservative Daily Wire editor Ben Shapiro implored Attorney General Jeff Sessions to "get cracking" on the case, saying: "Bribery is illegal under federal law." Both Hannity and Shapiro cited 18 U.S.C. § 201(b)(1) of the U.S. Code as the relevant statute:

(A) to influence any official act; or

While a cursory reading of the statute may seem like a slam-dunk case against O'Donnell, it is highly unlikely that such a case would make it very far, as the standard of evidence for conviction — based on federal jury instructions provided for trials involving violations of 18 U.S.C. § 201(b)(1) — require proof of what is known as "corrupt intent," a high legal bar.

In more simple terms, this would mean that a court would need to prove O’Donnell intended the statement as a serious offer, and not as some other expression of her own free speech as a comedian, as reported by The Hill:

For Rosie to be guilty, you'd have to prove beyond a reasonable doubt that she was not joking or trolling but actually intending to influence the senators.

If Rosie were serious about breaking federal law, a stronger case could have been made if these "bribery" discussions had been carried out in secret and not in front of O'Donnell's more than one million Twitter followers.