Did President Obama Award Himself a Distinguished Public Service Medal?

President Obama received a medal bestowed by the Secretary of Defense, not himself, that has been awarded to previous Presidents. 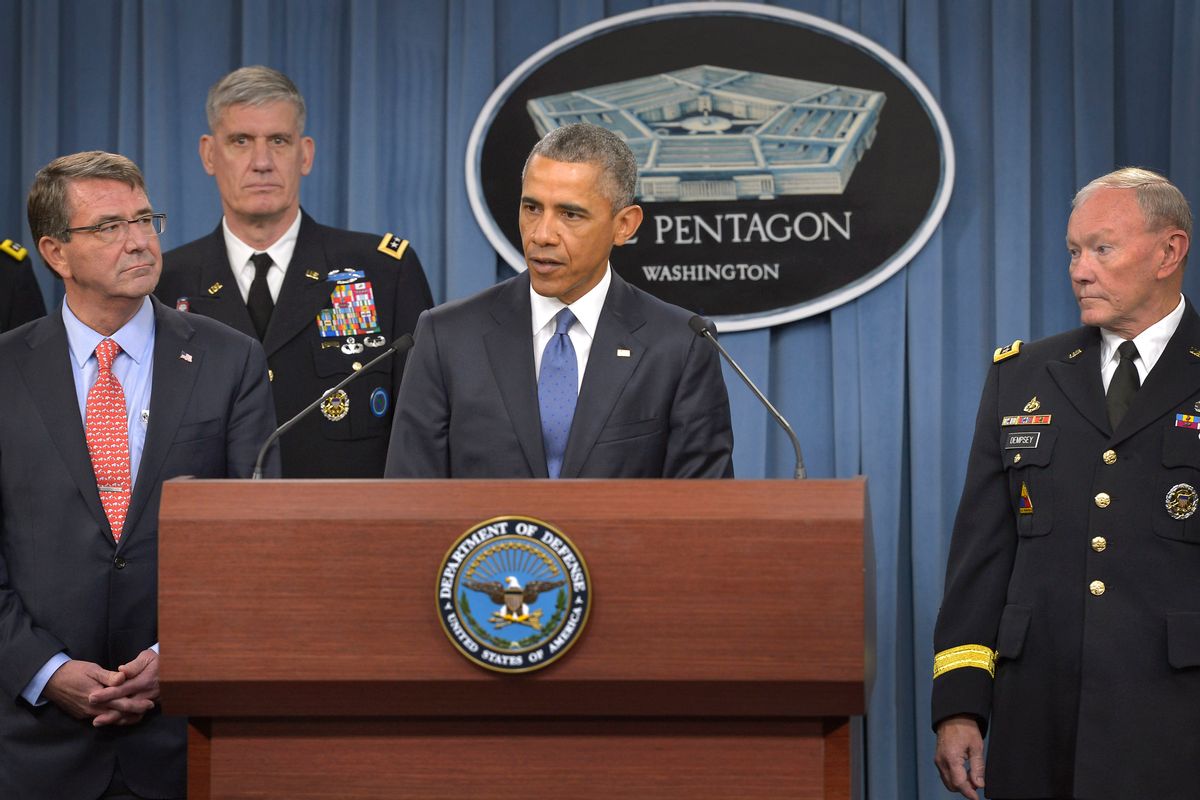 President Obama was awarded the Department of Defense Medal for Distinguished Public Service.

Recipients of the medal are nominated by the Department of Defense and approved by the Secretary of Defense.

On 4 January 2017, Breitbart published an article reporting that President Obama had "awarded himself" a distinguished service medal:

On Wednesday, President Obama added another prestigious medal to his nobel prize collection when he had Defense Secretary Ash Carter award him with the Department Of Defense Medal for Distinguished Public Service.

The Breitbart piece linked to an Associated Press article describing the President's receiving a medal bestowed not by himself, but by Secretary of Defense Ash Carter:

[On 4 January 2017 t]he president was also honored at a farewell ceremony at Joint Base Myer-Henderson Hall, a short drive from the White House.

Addressing a room of men and women from the various branches of the military, Obama praised their service and sacrifice. He said there is "no greater privilege and no greater honor" than serving as commander in chief.

Prior to his remarks, Defense Secretary Ash Carter presented Obama with the Medal of Distinguished Public Service as a token of appreciation for his service as commander in chief.

Although the Department of Defense (DoD) is part of the executive branch, the President himself does not play a part in the nomination or approval process for recipients of the DoD's Medal for Distinguished Public Service:

The Heads of the OSD Components and Secretaries of Military Departments shall submit nominations by memorandum to the DA&M, OSD, through the Assistant Director for Labor and Management Employee Relations, Directorate for Personnel and Security, WHS. The Secretary of Defense is the approval authority.

Despite Breitbart's statements that commenters were "incredulous at the award," likened it to "a much maligned 'participation medal'" and "were skeptical of Obama’s underling giving his own boss a medal," no similar comments seem to have been noted by Breitbart when President George W. Bush received the very same medal in January 2009, nor did we find any record that Breitbart (or any other source) published a "President Bush Awards Himself Distinguished Public Service Medal" article upon that occasion.