Did Nick Saban Finish Third in the 2017 Alabama Senate Race? 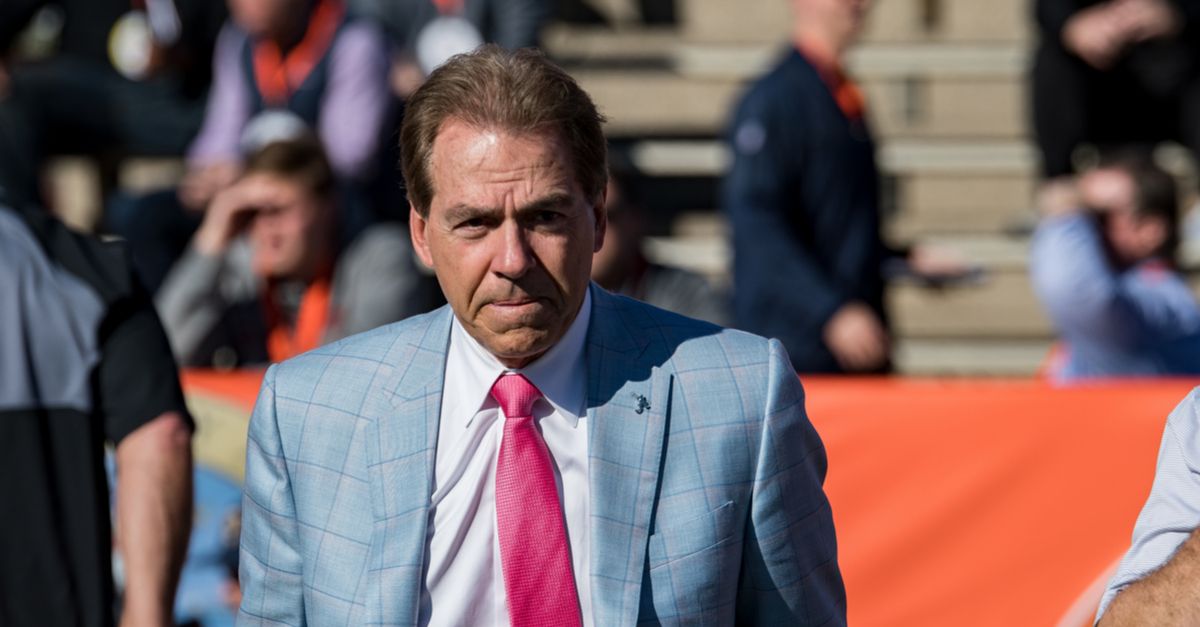 On the day of Alabama's special Senate election, 12 December 2017, the satirical web site The Daily Snark reported that a prominent sports figure in the state had received substantial support from voters on a sharply divided ballot that drew national attention. Republican Roy Moore faced allegations of child sexual abuse in weeks leading up to the race against Democrat Doug Jones, a former prosecutor who went on to win the race by a narrow margin.

According to the Snark's story, another Alabaman was in the race:

Nick Saban, head coach for the University of Alabama football team received 20,500 write-in votes for the election to replace Attorney General Jeff Sessions, yes, even despite losing the Iron Bowl.

The story is a fabrication. If the Daily Snark's name was not enough of an indicator, the site contains this disclaimer:

Daily Snark is your sports, news, and entertainment satire website. We provide you with the latest breaking news, memes and videos!

The story includes a video the site claims was posted by residents who "paid for and ran ads to inform others" on how to write the coach in on their ballot; in fact, the video was put together by American Bridge 21st Century, a liberal super PAC.

A spokesperson for the Alabama Secretary of State's office told us that it has not verified if Saban actually received any write-in votes, though at least one voter, Greg Dobbins, told MSNBC that he voted for him instead of Democratic candidate Doug Jones or his Republican opponent, Roy Moore.

Overall, 22,780 write-in votes were reportedly recorded during the election. While Jones won the election by 20,715 votes, Moore has refused to concede the election. Moore's refusal to concede does not affect the outcome; it is merely a tradition of American political etiquette to assure smooth transition of power in a democracy.

According to Alabama law, though, write-in votes must be tallied if they outnumber the difference in vote totals between the top two candidates in non-municipal state elections. The spokesperson told us that a decision in that matter has not been made.

Alabama Secretary of State John Merrill has said that the election results will be certified between 26 December 2017 and 3 January 2018. If Jones and Moore's vote totals are separated by 0.5 percent or less at that point, it could lead to a recount.