A fake news article seemingly reporting that the Jacksonville Jaguars had filed for bankruptcy was mistaken as real news by some readers. 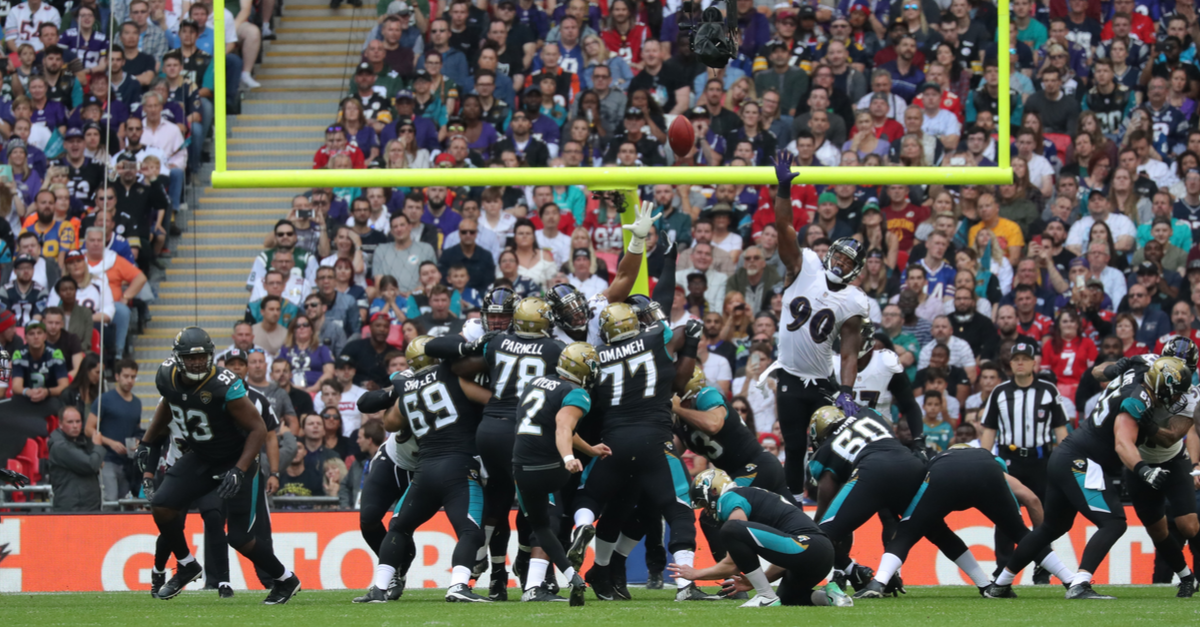 Claim:
The Jacksonville Jaguars filed for bankruptcy in December 2017 after NFL fans boycotted the league due to player protests.
Rating:

On 3 December 2017, the Patriot Post published a fake news article by "Flagg Eagleton," a pseudonym frequently used to publish misinformation on disreputable "satire" web sites such as The Last Line of Defense, Our Land of the Free, Freedum Junkshun, As American As Apple Pie, and Reagan Was Right, claiming that the Jacksonville Jaguars were the first National Football League team to declare bankruptcy over "kneeling thugs":

The Jacksonville Jaguars are quietly maneuvering behind the scenes to file a Chapter 11 reorganization of debt bankruptcy in the 3rd District Court of Atlanta next week. The team, already in a market saturated with Dolphins, Bucs and Falcons fans, made the unfortunate mistake of drafting developing and hiring almost exclusively black players, leaving them vulnerable to the latest round of “we’ve been treated unfairly” protests from millionaires.

Like the sites listed above, the Patriot Post (which resides at the misspelled URL PotatriotPost.com) is not a genuine news web site; in addition to carrying a "satire" tag in its footer, the web site also explains in its "About" page that all of the content on the site is fictional. The web site also defends its own particular brand of satire, insisting that it does not publish "fake news" but instead a new genre (which could perhaps be called "fake fake news"):

Although the Patriot Post labels its content as fiction, its stories — like many of its ilk — are frequently republished on web sites that carry no such disclaimers. This story, for instance, was presented as a genuine news article with no disclaimer to speak of on the web site Daily Flash News, Viral USA and Right Thing USA, making it less "satire" and more "corrosive disinformation." But regardless of where this story was shared or whether or not it should be classified as fake news, satire, or worse, the claim that the Jacksonville Jaguars filed bankruptcy over "kneeling thugs" is false.

The Jacksonville Jaguars have experienced relatively small crowds during the 2017 season, but the team did not announce that they were filing for bankruptcy.