Did Netflix Announce a 'God of War' Series in April 2018?

A piece of fan art hopefully touting a would-be Netflix series was mistaken for a genuine promotion. 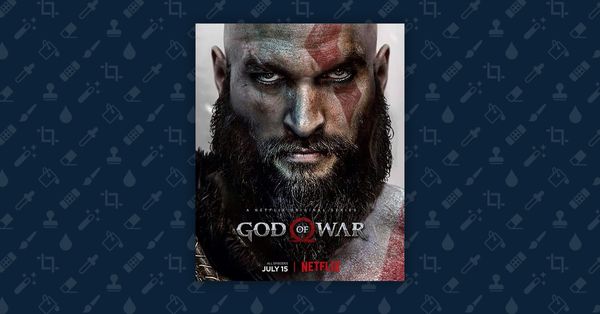 Claim:
Netflix announced in April 2018 that they are creating a new series based on the video game "God of War."
Rating:

An image purportedly showing a promotion for a new series on Netflix has been making its way around social media since at least April 2018, when it was posted to a Facebook fan page for the popular video game God of War: This is not a genuine promotional poster for a new Netflix series, which has not made any announcements about turning the video game into a series. It is a piece of fan art that was created by the "Fakes Forge" Twitter account on 18 April 2018. An image of of actor Jason Momoa from his turn as the DC Comics character Aquaman was combined with an image of Kratos, the main character in the God of War video game, in order to make this convincing (but fake) Netflix poster:

Similar fan-made movie posters have tricked unsuspecting readers into believing that Disney was releasing a sequel to Monsters, Inc. (entitled, in this scenario, Boo) that Netflix was making a new series based on the Harry Potter books, and that Disney had announced a remake of Bedknobs and Broomsticks.

Interestingly, a God of War movie actually is currently available on Netflix. However, that film — a 2017 production about Japanese pirates during the Ming Dynasty — has nothing to do with the video game.