Did a Candy Company Put Out an Edible Pod After the 'Tide Pod Challenge' Controversy?

Mars, Incorporated makes a "Pods" product, but these candies were first manufactured more than a decade before the "Tide Pod Challenge" went viral in 2018. 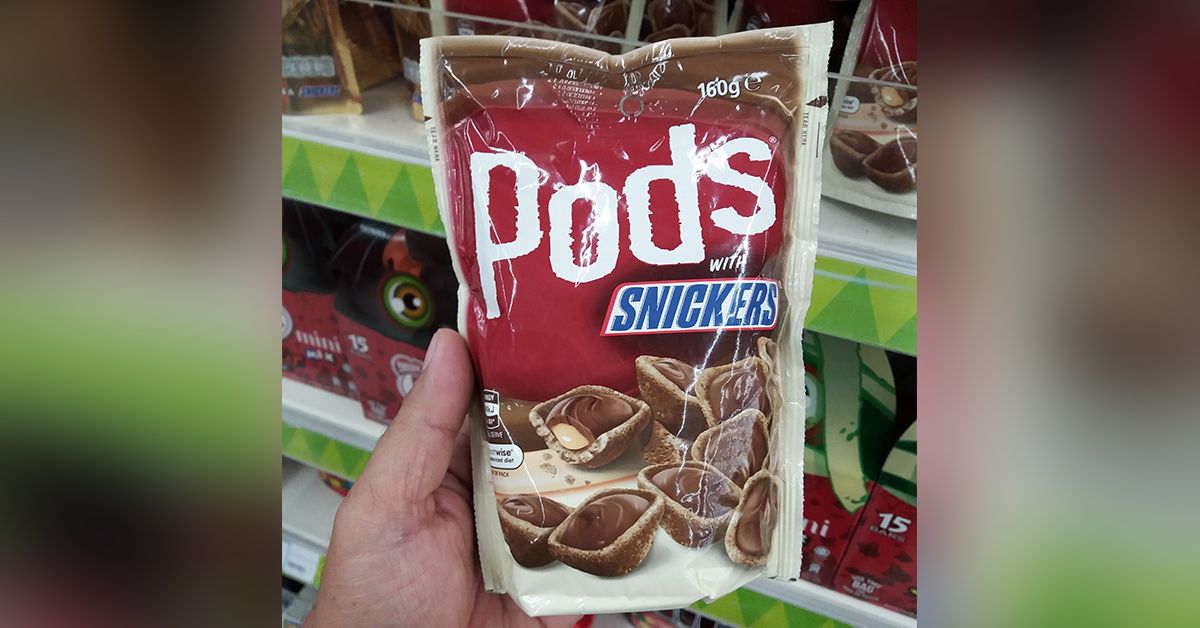 The Mars Pods have been available since at least 2005 and have nothing to do with the Tide Pod Challenge.

Every so often a new social media-driven "challenge" sweeps the internet. Occasionally these viral activities have a charitable purpose, such as the ALS ice bucket challenge, while others are simply tests of pain tolerance (ie. the hot pepper challenge).

Perhaps the strangest, most dangerous, and altogether stupidest challenge to go viral recently was the "Tide Pod Challenge," which featured people attempting to eat laundry detergent. As the participants of this challenge were ridiculed, and media outlets repeatedly warned about the dangers of taking part in such an activity, photographs purportedly showing a new "Mars Pods" product were circulated on the internet along with the claim that the famous chocolate company was taking advantage of the controversy. These products are both real. However, they have very little to do with the Tide Pod Challenge.

These images show two varieties of a product called "Pods" made by Mars, Incorporated. In addition to the Snickers and Twix varieties, these Pods are also made with Mars bars. We reached out to Mars, Incorporated to get some specific details about these products but have yet to hear back. What we can say is that Pods have been manufactured since at least 2005, more than a decade before the "Tide Pod Challenge" began, and are currently sold in Australia.

Here's a portion of a review for the Pods from a 2007 post on the Candy Addict blog:

Basically, they are small sized pieces of candy, about the size of a “snack-size” candy bar here, where the bottom part is a plain wafer cup, or “pod” if you will, and inside of it is a gooey-liquid form of whatever the Pods flavor is supposed to be (again, Mars, Twix, etc.). To top it off, the yummy center is coated with a hefty portion of chocolate, no matter what the flavor of the inside.

My words fail to grasp just how delicious these really are. There are some small drawbacks to Pods though. They suffer from what I like to call the “potato chip” syndrome in that even though it looks like you’re getting a lot when you purchase them, once you open the foil bag and look down inside, you realize that you just paid about $4.00 US for not too many Pods.

It's true that Tide Pods and Mars Pods both contain the word pods. However, that seems to be where the similarities end. In fact, we took a closer look at these two products and found they are actually quite different. For instance: