Did Hurricane Maria Cause an IV Bag Shortage Across the United States?

A California man's account brought to light one of the lesser-known aftereffects of the fatal storm. 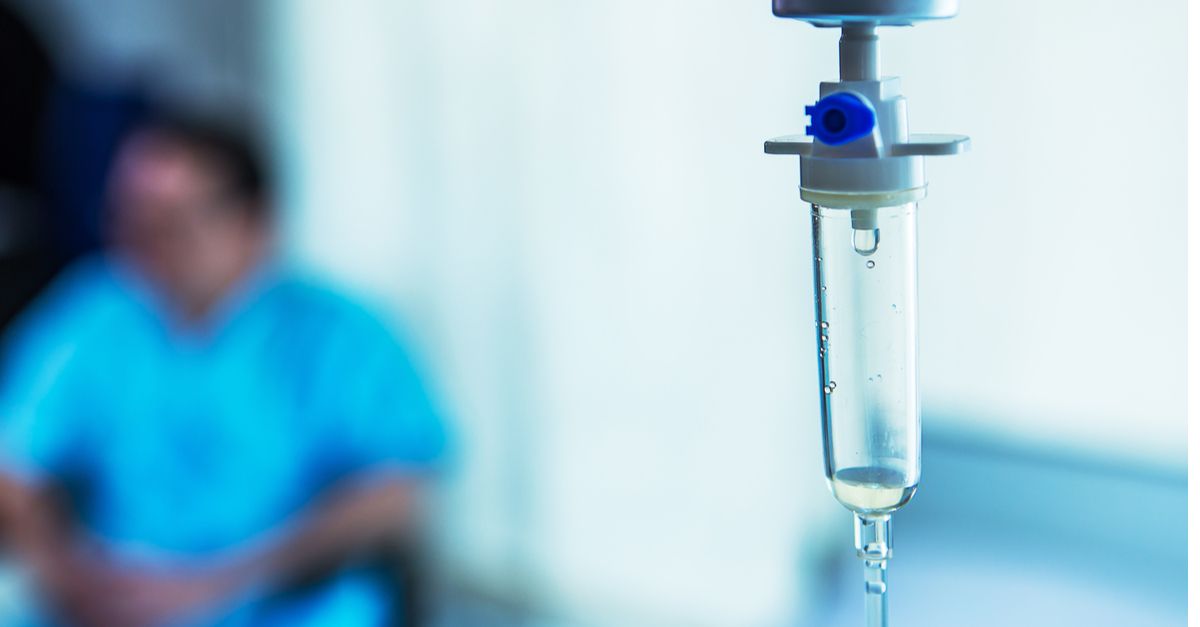 On 28 December 2017, a tweet from a man in California focused attention on one of less-reported aftereffects of the damage caused by the massive Hurricane Maria, which hit Puerto Rico on 20 September 2017. Ben Boyer's post criticized the Trump administration's response to the disaster while describing a recent hospital visit:

My wife's nurse had to stand for 30 mins & administer a drug slowly through a syringe because there are almost no IV bags in the continental U.S. anymore. See, they were all manufactured in a Puerto Rican factory which still isn't fixed. Meanwhile that stupid swollen prick golfs.

This is true. Hospitals in both Puerto Rico and the mainland United States have reported shortages of intravenous fluids and bags since Maria tore through the island — where several medical manufacturing plants are located — in September 2017. According to a Food and Drug Administration analysis released in November 2017, medical manufacturing is a significant part of the island's economy:

Prior to the devastation brought by Hurricane Maria, the medical product manufacturing sector provided, on average, approximately $800 million in local wages over a 12-month period, according to our analysis. This manufacturing industry is a key part of the island’s manufacturing base and is supported by a highly skilled workforce.

Among the manufacturers affected was Baxter International, the largest IV bag supplier in the United States; the company says on its website that it ships more than a million units of IV solutions a day. The FDA responded by saying that Baxter and other companies to get priority access to the island territory's electrical grid.

On 28 December 2017, the FDA sent us the following statement:

The FDA has been working very closely with industry and local and federal officials to help address the shortage situation for IV saline and other products as a result of Hurricane Maria. This remains a key area of focus for the agency and we expect that the shortage of IV fluids will improve in early 2018 based on the information we are receiving from the manufacturers. In the meantime, we are continuing all of our efforts to increase supplies while concerns remain.

Baxter sent us a statement confirming that all of its facilities in the territory are connected to the local electrical grid, with backup diesel generators on tap in case of power outages. The company said it expects to "return to more normal supply levels for products made in Puerto Rico in the coming weeks."

The company did clarify, however, that its Puerto Rican operations did not include manufacture of saline IV solutions, and that production of those products continues to run normally. Baxter added:

We are also bringing additional units to the U.S. market through a recent permanent approval from the FDA for IVs produced in one of our North American manufacturing plants. We expect to see this incremental supply benefitting current customers and providing us the opportunity to service other customers in the beginning of 2018.

The FDA said in a follow-up statement released on 5 January 2018:

FDA Commissioner Scott Gottlieb said a key area of focus is addressing the I.V. saline shortage, which has affected patients, health care providers, and hospitals. He noted that, based on information from the companies, the shortage of I.V. saline fluids is expected to improve early this year.

The number of deaths caused by the hurricane remains unclear. Although Puerto Rican authorities initially reported that around 50 people had been killed in the territory as a result of Maria, several accounts have surfaced contradicting that estimate. In early December 2017, Gov. Ricardo Rosselló ordered a recount of the death toll. He said in a statement:

We always expected that the number of hurricane-related deaths would increase as we received more factual information — not hearsay — and this review will ensure we are correctly counting everybody.

Boyer told us via email that his wife was receiving the treatment as part of her ongoing care for brain cancer; she was first diagnosed in 2009, and her tumor (which is inoperable) became aggressive again in 2015. At the time of his post, he said, he was unaware of the ongoing IV bag shortage:

Obviously I knew about the hurricane; I lived in San Juan as a little kid and have been back to Puerto Rico many times. Both my parents worked their whole careers in health care and I knew that was part of the island but didn’t know about the current situation until our excellent nurse told me. At the time he was giving my wife her pre-meds before her chemo infusion - steroids, stomach aids, saline flush, etc.

Twitter is very weird in that it's very hard to tell how something blew up - I know it only had a couple of likes and comments for the first 5 or 6 hours and then clearly some big account RTd it - I wish I knew who it was! After that I started to see lots more RTs including several big names I recognized. As you can see from my account, I mostly tweet dumb jokes, but this was just such a wild thing and I hadn't heard it from anyone else so I thought it would be informative. Very soon after it started to spread I started seeing lots of nurses and medical professionals jumping on it and I realized that (a) it was a story most people didn’t know about, and (b) it was clearly massively widespread and growing.

Most of the people who have contacted him since his remark began spreading online, he said, have offered similar stories.

Update [8 January 2018]: Added quote from follow-up statement by the FDA.