Did a Man Save His Friend From a Reptilian Attack with an Elbow Drop?

Footage from a video featuring a remote control crocodile (or alligator) was actually a response to a prank created for a YouTube page. 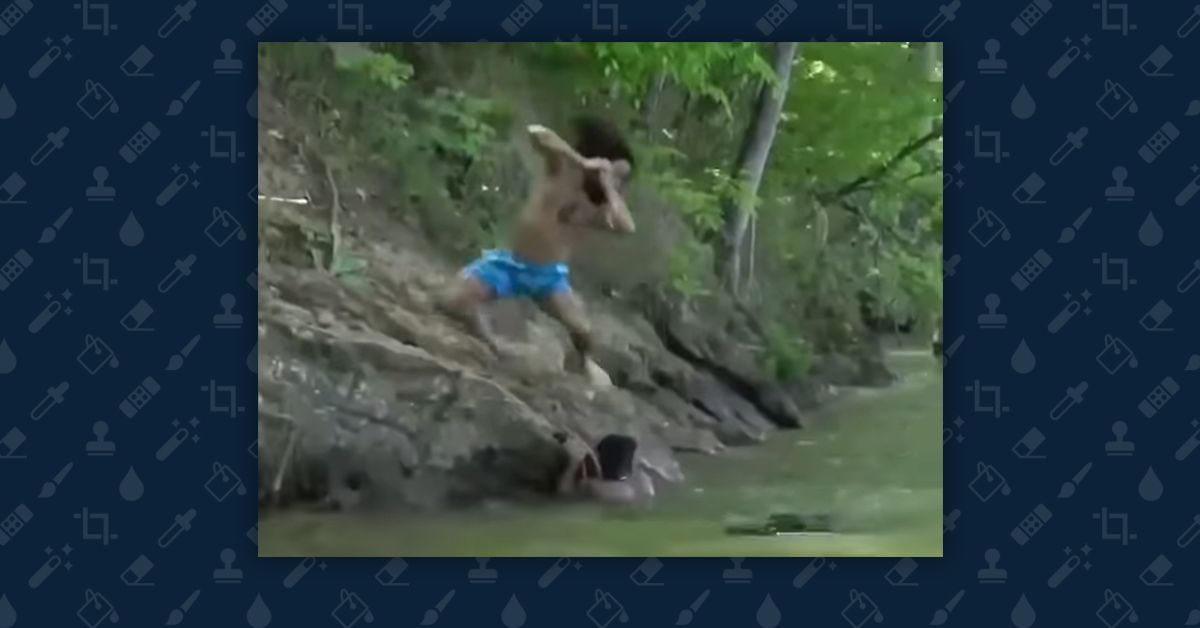 Claim:
A video shows a man saving his friend from an attack by either an alligator or a crocodile.
Rating:

In June 2018, a harrowing video purporting to show two men fending off a crocodile (or maybe an alligator) racked up millions of views on social media:

The footage is real in the sense that it was not digitally edited, but the "crocodile" (or the "alligator) is actually just a remotely controlled prop. It was taken from a much longer video that was originally posted to a YouTube page called "Jay Karl's Hidden Camera & Practical Jokes."

The original video started with the host showing off his prop (calling it an "alligator," not a "crocodile") before he began using it to troll and prank various unsuspecting swimmers and boaters:

The original video even linked to the Amazon products that were used to create the prop. Jay Karl uses a floating alligator head decoy and a remote controlled toy boat: In other words, it appears that the "elbow drop" move was actually a real, good-faith, and quite courageous response to an uncomfortably realistic and relatively low-effort prank. Either way, though, the video's description is not accurate.