Does this photograph document a meeting between the King of Rock and Roll and the Queen of Pop? 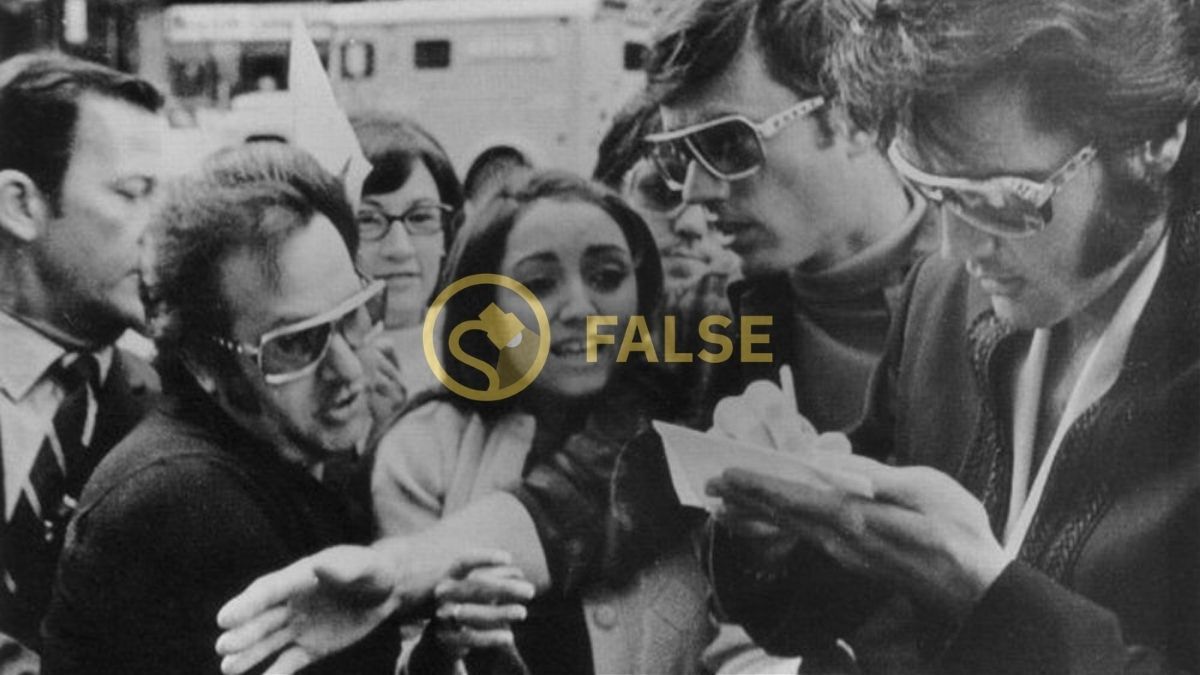 Claim:
A photograph shows a 12-year-old Madonna getting an autograph from Elvis Presley in 1970.
Rating:

A photograph of Elvis Presley signing autographs for a group of young fans is often shared online along with the claim that one of the fans was a 12-year-old Madonna: This is not a photograph of Madonna meeting Elvis. The Queen of Pop was likely too young to be the person in this photograph. Furthermore, Madonna, who has repeatedly been compared to Elvis during her career, has never mentioned this photograph. The singer is also on record saying that the first concert she attended was a David Bowie performance.

While Madonna is not pictured here, this photograph is real and it was truly taken near Madonna’s hometown.

This is a genuine photograph of Elvis Presley and a group of fans that was taken in Detroit, Michigan, in 1970. This photograph was originally published in the Detroit Times on Sept. 12, 1970, in an article about Elvis' recent concert at Olympia Stadium. 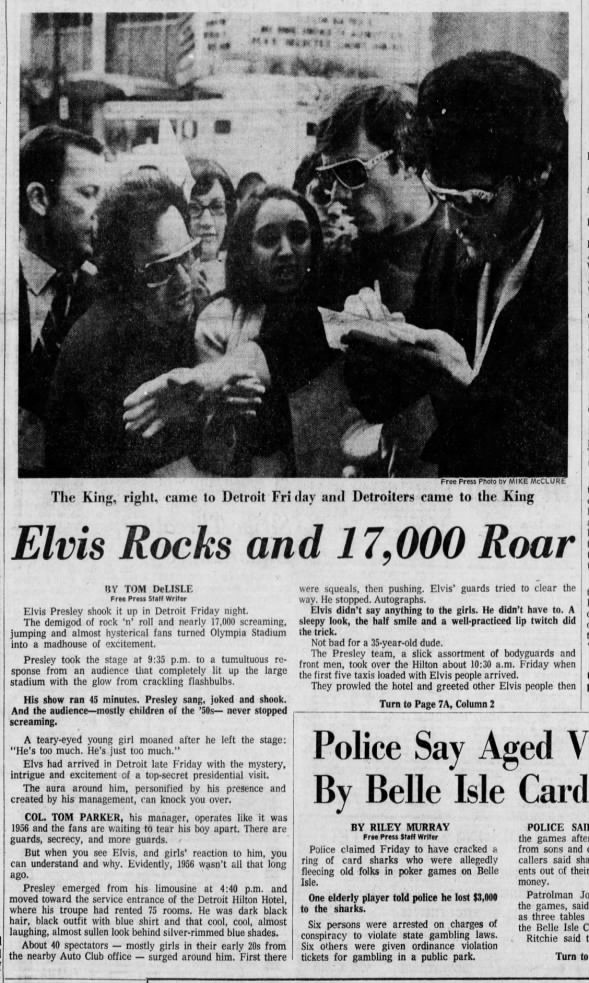 Madonna, who was then known as Madonna Louise Ciccone, grew up in the nearby suburbs and would have been about 12-year-old when this photograph was taken.

It's also worth noting that it doesn't appear that Madonna has ever mentioned this photograph. We scanned a few biographies about the star and couldn't find any anecdotes about Madonna meeting Elvis in 1970. In Matthew Rettenmund's "Encyclopedia Madonnica," for example, there are multiple references to the King of Rock and Roll, yet no stories about the two icons meeting.

Madonna has drawn comparisons to Elvis throughout her career. If this photo truly showed Madonna, it would be a bit odd that she never mentioned it.

“That absolutely is not Madonna. She was nowhere near a concert of any kind until she snuck out to see Bowie YEARS later. Exactly right that there is no way she would make it to age 63 without mentioning she got Elvis's autograph. I've been swatting this rumor down wherever I can, and have it slated for the update of my book, coming out this year.”

In 2016, after David Bowie’s death, Madonna posted on Facebook that she was “devastated” and wrote that Bowie was first concert.

Does Madonna Look Like the Person In This Photo?

This photo is real, Madonna was 12 in 1970, and Madonna grew up near Detroit. This claim, however, is largely based on the idea that the person in this photograph somewhat resembles the adult Madonna. We weren't able to find a good picture of Madonna when she was 12, but here's a comparison of Madonna when she was 14 (left) taken from a yearbook photo that went up for auction in 2012, and the "Elvis and Madonna" photo (right): This photograph does not show Madonna meeting Elvis. Madonna was too young to be this person, she only bears a passing resemblance to this person, and she has never mentioned this photograph before. For these reasons, we’re marking this claim as false.

Lau, Kristie. “PICTURED: Madonna before She Became the Material Girl as Yearbook Goes up for Auction.” Mail Online, 23 May 2012, https://www.dailymail.co.uk/femail/article-2148891/PICTURED-Madonna-Material-Girl-yearbook-goes-auction.html.