Although Lahren has a track record of making racialized comments, she didn't compare her hair to that of the pop superstar. 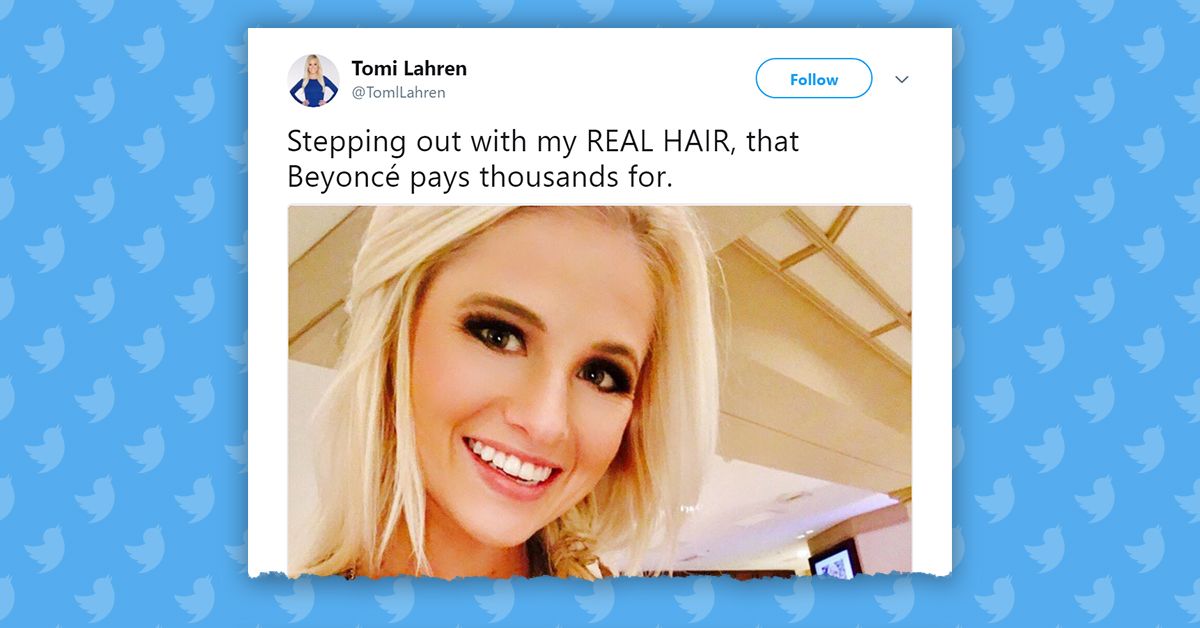 In late May 2018, a parody message posted to the social media platform Twitter purporting to have been authored by conservative commentator Tomi Lahren circulated online although it had initially been created in 2016:

Stepping out with my REAL HAIR, that Beyoncé pays thousands for. pic.twitter.com/Sp8UG0r3q9

Lahren is known for taking inflammatory positions on racial issues, such as comparing anti-police violence movement Black Lives Matter to the Ku Klux Klan and likening National Football League players kneeling during the anthem in protest of police killings of unarmed black Americans to "pouting." But she did not post the above tweet.

Lahren infamously attacked Beyoncé in December 2017 for presenting NFL player Colin Kaepernick with Sports Illustrated's Muhammad Ali Legacy Award. Lahren has an apparent obsession with the NFL protests which Kaepernick launched in 2016 while he was a quarterback for the San Francisco 49ers and goes on regular tirades about them.

Her 5 December 2017 tweet calling the music icon "police-hating" and Kaepernick "America-hating" incited the wrath of Beyoncé's ardent fans (known as the "Beyhive" for swarming on anyone who publicly attacks the singer). As multiple web sites pointed out out at the time, the Beyhive response to Lahren's tweet was swift and unrelenting.

The fake tweet above appeared a year before the authentic one caused a storm, and has fooled many since it was created. However a closer inspection of the account bearing Lahren's name and image from which it originated shows it is labeled a parody.