Did John F. Kennedy Predict His Own Assassination?

According to a biography of President Kennedy, the chief executive proclaimed that "nobody can stop an assassination" just before he was shot and killed. 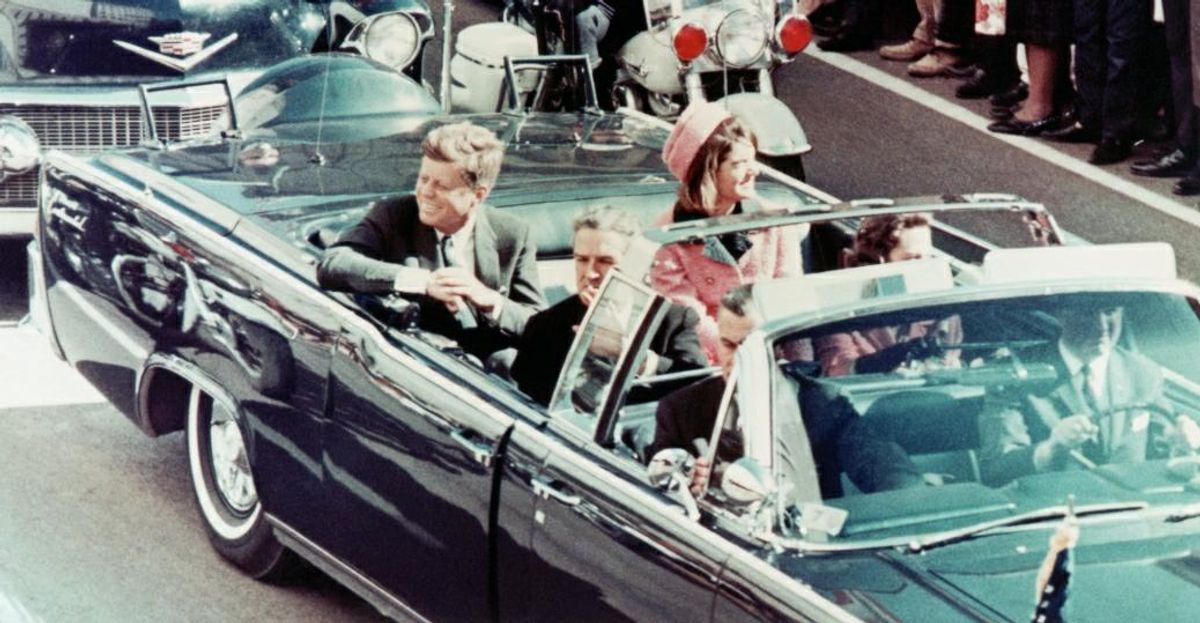 Claim:
President John F. Kennedy proclaimed that "nobody can stop an assassination" just before he was shot and killed in 1963.
Rating:

The assassination of John F. Kennedy has spurred some of the most prominent and enduring conspiracy theories in the history of American politics. In addition to claims about a second shooter or a government cover-up, we have also seen photographs purporting to capture the chaotic day (but which actually show scenes from a 1970s made-for-TV movie), and an attempt to link politician Ted Cruz's father to Lee Harvey Oswald.

But perhaps the most interesting claim about the president's assassination is that John F. Kennedy purportedly "predicted" his own death:

This quote comes from a biography of Kennedy that was originally published in 1972 and entitled Johnny, We Hardly Knew Ye; the book was written by two of Kennedy's close friends and advisors, special assistant David Powers and political aide Kenneth O'Donnell.

Powers and O'Donnell wrote that Kennedy made the observation to his wife Jackie after the First Lady glimpsed a full-page anti-Kennedy advertisement published in the Dallas Morning News ("Welcome Mr. Kennedy") on the morning before his assassination:

I had in my hand a copy of the Dallas News, with its black-bordered anti-Kennedy tirade, but I hesitated to show it to the President because I was reluctant to dampen his cheerful mood. I waited while he made a telephone call to Uvalde, Texas, to talk with Jon Nance Garner; Lyndon Johnson reminded him that today was Garner's ninety-fifth birthday.

Then I handed him the newspaper. He said he had seen it, and he showed the black-bordered advertisement to Jackie. That night on the way back to Washington, she and I talked about what he said to her while she was reading the ad. "We're heading into nut country today," he said. "But Jackie, if somebody wants to shoot me from a window with a rifle, nobody can stop it, so why worry about it?" Although this statement originated with a seemingly reliable source, it is of course possible that Powers and Powell took some creative license with its phrasing. We should also point out that while Kennedy's comment seems prescient in retrospect, the New York Times noted that multiple people had warned the president in advance of his trip to Dallas in 1963:

For those men, Kennedy was a veritable enemy of the state, which is why a group of them would commission and circulate “Wanted for Treason” pamphlets before the president’s arrival and fund the presciently black-rimmed “Welcome Mr. Kennedy” advertisement that ran in The Dallas Morning News on the morning of Nov. 22. It’s no surprise that four separate confidants warned the president not to come to Dallas: an incident was well within the realm of imagination.

We reached out to the John F. Kennedy Presidential Library and Museum for further clarification and received the following reply:

Snopes has correctly identified that quote, which appeared in O'Donnell and Powers' Johnny, We Hardly Knew Ye. It is stated in this book that the President had a fatalistic attitude about the possibility of an assassination and this attitude is often referred to anecdotally. We do not have anything else to add at this time.

Thank you for checking in with us!