Did Ilhan Omar Spit On the Tomb of the Unknown Soldier? 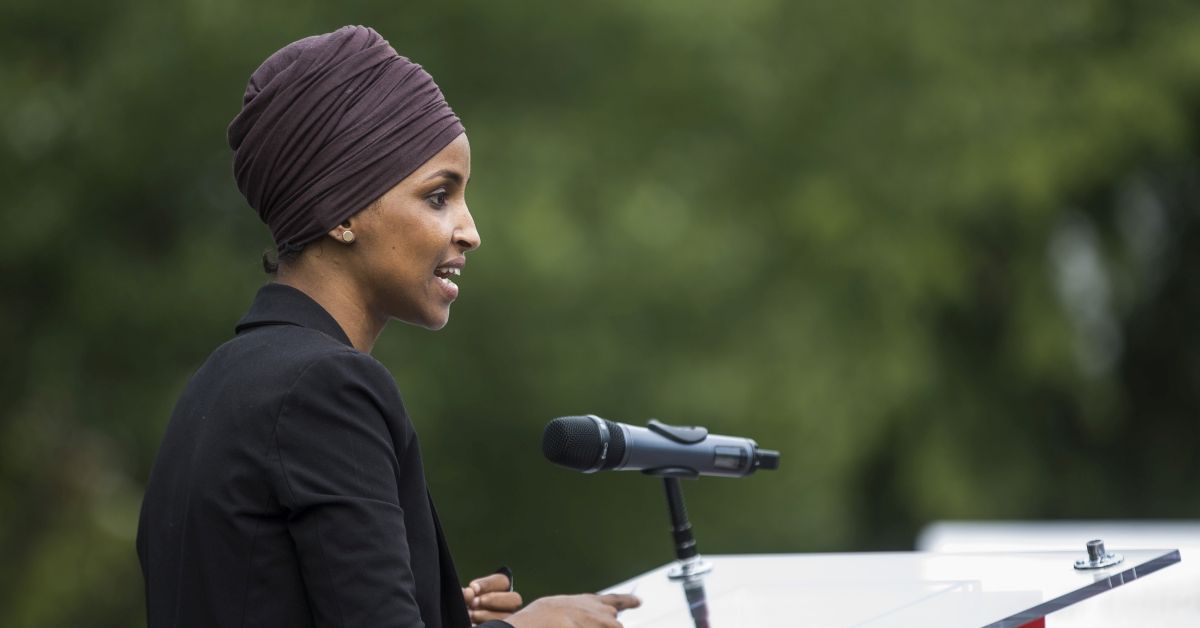 On Sept. 27, 2019, the website Taters Gonna Tate published an article positing that U.S. Rep. Ilhan Omar, D-Minn., spit on the Tomb of the Unknown Soldier:

A small gathering of congress people took place at Arlington National Cemetery this past weekend as new unidentifiable remains returned from WWII Germany were interred and respects were to be paid at The Tomb of the Unknown Soldier.

The atmosphere was solemn. Each member of congress lined up one by one to offer their thoughts and prayers and a bag of Peanut M&Ms for the souls of the unnamed dead. All were quiet and respectful. All, that is, until Minnesota Representative Ilhan Omar stepped up. That’s when all hell broke loose. [...]

Omar then wound up and spit. She missed Mitch McConnell and spit some of her tabouli on the sacred Tomb of the Unknown Soldier instead, perhaps the most despicable act ever perpetrated by any politician in the history of the United State of America.