A web site passed off a video shot in Canada in 2011 as "live footage" of a storm that lashed Florida six years later. 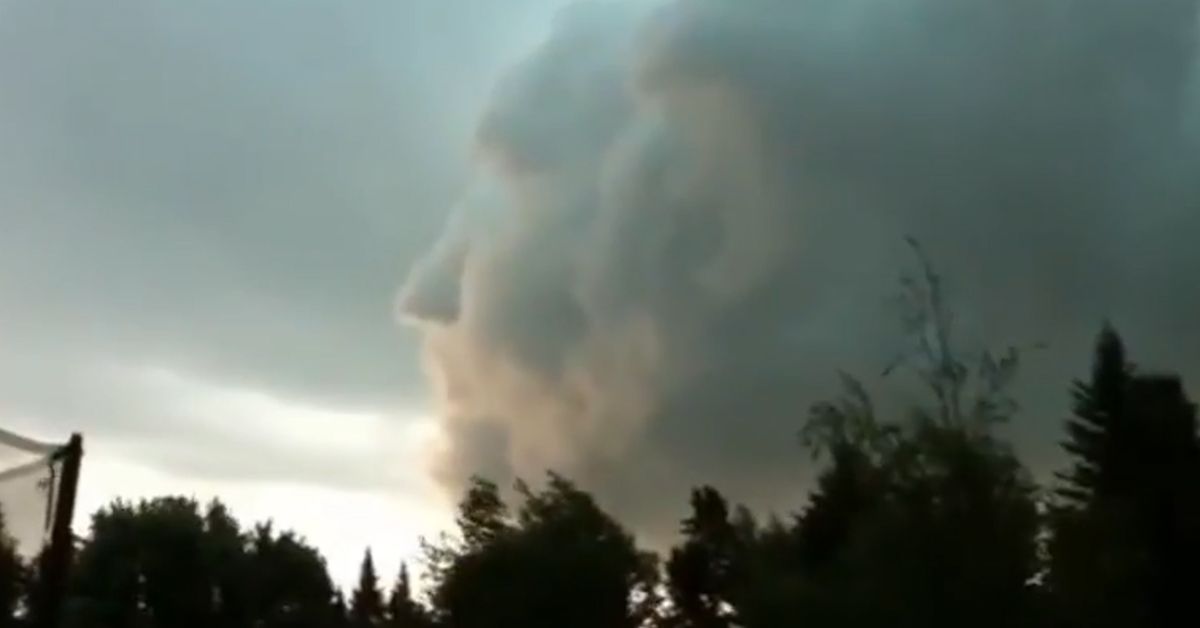 On 11 September 2017, the web site EBUZZ.buzz posted a video on its Facebook page it described as the "Face Of Hurricane Irma !": The clip quickly went viral, amassing millions of views. But it is neither footage from Hurricane Irma — which was downgraded to a tropical storm hours after the video was posted — nor footage shot in Florida, the Caribbean, or in any location affected by the storm. As of 14 September 2017, this video -- as well as one purportedly showing crabs swarming on a road because of the storm -- has been pulled from EBUZZ's Facebook page.

Another dubious Facebook page calling itself "Newsroom" attempted to pass it off as a "live" broadcast on 29 December 2017.

In fact, the footage of the unusual cloud formation was originally shot in the Canadian town of Grand Falls, New Brunswick and posted online on 1 August 2011 by Denis Laforge.

Laforge can be heard in the clip saying:

After the video began spreading online, he said:

I really wanted to be neutral when I put the video on YouTube. I’m not saying it was God’s face, the devil’s or any other. I’ve gotten comments that people have seen the villain in Harry Potter. I haven’t seen the last movie of the series so I’ll go see that for sure.

The site has recycled at least one more piece of footage and passed it off as something showing the effects of Irma. On 9 September 2017, it posted video of a double tornado, claiming that it was shot "live" in Florida. In reality, the video was posted in June 2007, and it shows two funnel clouds near the Italian island of Elba in August 2006.

Update [29 December 2017]: Noted that another Facebook page tried to pass the footage off as a live broadcast.