Did Hugh Hefner Pay to be Interred Next to Marilyn Monroe?

The magazine mogul paid $75,000 to be laid to rest beside the actress, who was (unwillingly) the first Playboy centerfold. 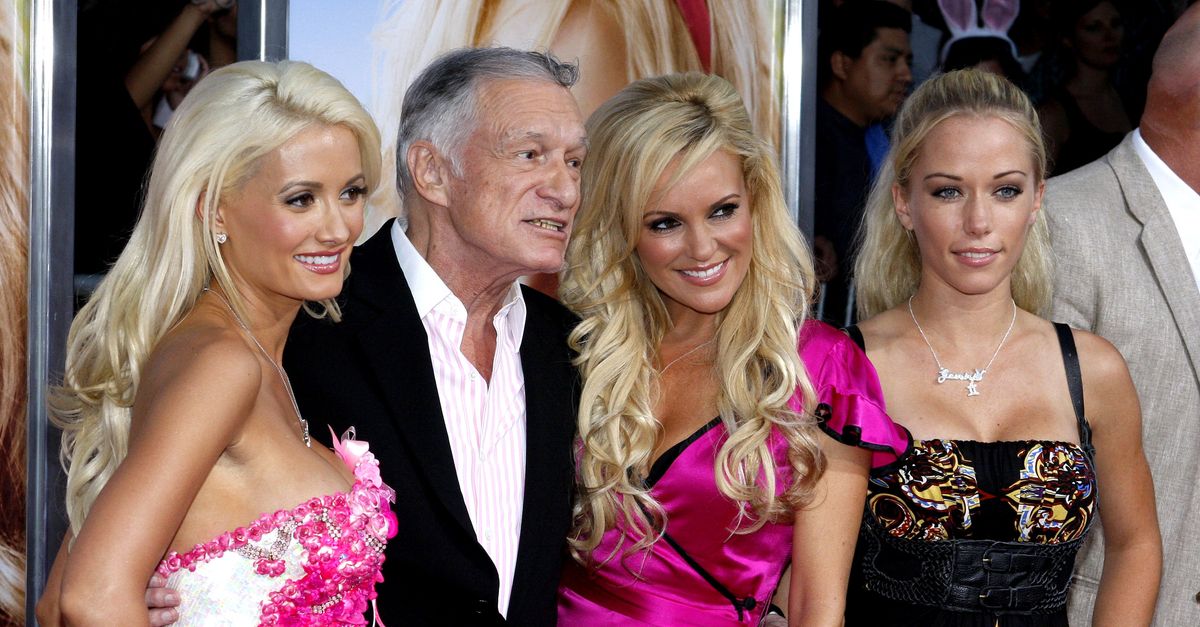 Claim:
Hugh Hefner paid $75,000 to be interred next to Marilyn Monroe in a Los Angeles cemetery.
Rating:

After his death in September 2017, Playboy magazine founder Hugh Hefner was criticized in both conservative and liberal circles for, among other things, wanting to be entombed next to actress Marilyn Monroe despite Monroe's displeasure at the way the magazine featured her in its first cover.

A conservative web site, New Wave Feminists, garnered more than 94,000 shares on its Facebook page for a post highlighting Hefner's affinity for Monroe.

Hefner, who died on 27 September 2017, was laid to rest in a crypt at the the Pierce Brothers Westwood Village Memorial Park cemetery in Los Angeles. He was reportedly interred next to Monroe, who was placed in the same cemetery in August 1962.

I'm a believer in things symbolic. Spending eternity next to Marilyn is too sweet to pass up.

We contacted Playboy Enterprises seeking further comment but have not heard back at press time.

Monroe was on the cover of the magazine's first issue in December 1953 and was also the centerfold. The latter picture, however, was taken during a 1949 nude photoshoot. In the biography Marilyn: Her Life in Her Own Words,  George Barris quotes her Monroe saying that she took photographer Tom Kelley up on his proposal to pay her $50 to shoot her in the nude "when [she] really had no work and no money":

Out of desperation I called Tom Kelley and asked him, was he still willing to pay me fifty dollars for that calendar shoot posing in the nude? When he told me he would pay me that price, I said, "I need that fifty dollars. You must promise never to tell anyone about my posing for you in the nude. I want you to promise me that you will take the pictures so that I wouldn't be recognizable in them."

I never even received a thank-you from all those who made millions off a nude Marilyn photograph. I even had to buy a copy of the magazine to see myself in it ... I admitted it was me who posed for that nude calendar even when the Fox executives became nervous and believed this would cause the ruination of any films I would appear in and also the end of my movie career. Of course they were wrong. The fans, my public, cheered when I admitted it was me, and that calendar and that Playboy first-issue publicity helped my career.

However, despite the association between Monroe and the magazine, Hefner admitted to CNN host Piers Morgan in February 2011 that the two had never met:

A claim to the contrary, based on a picture allegedly showing Hefner lighting a cigarette for Monroe, was debunked after proof surfaced that the photograph actually showed Monroe standing next to actor Laurence Olivier.

Hincks, Joseph. "Not Everyone Is Happy That Hugh Hefner Is Being Buried Next to Marilyn Monroe." Time. 28 September 2017.