Did Hoboken Mayor Ravi Bhalla 'Vow to Glorify Islam In Every Decision'? 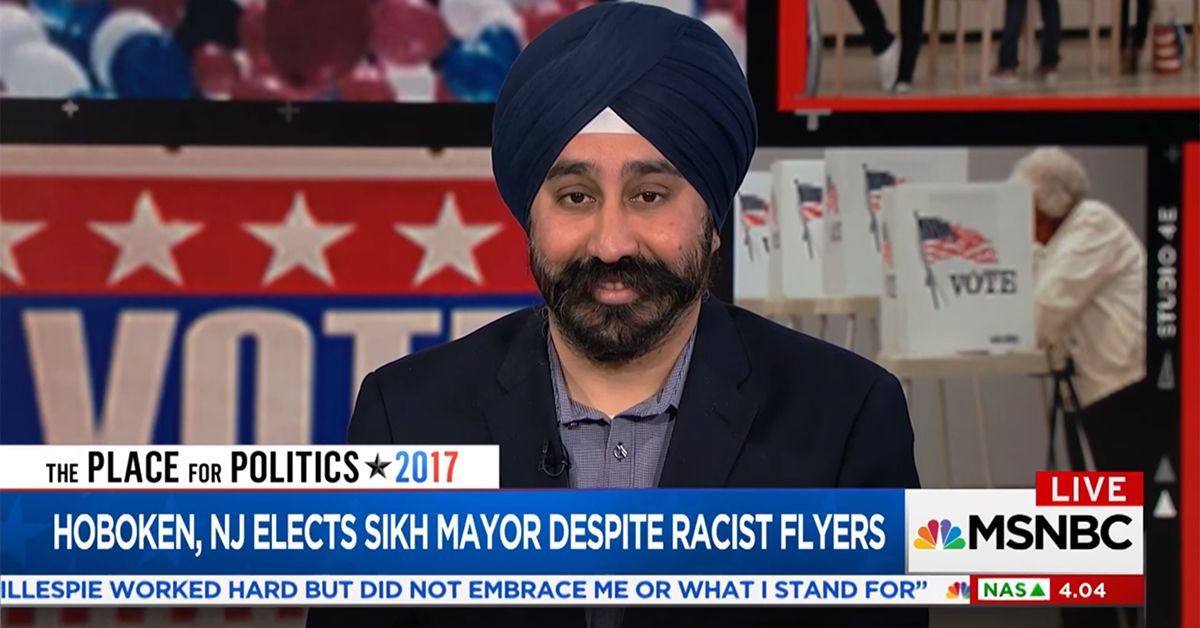 On 9 November 2017, one day after Ravi Bhalla was elected mayor of Hoboken, New Jersey, a fake news web site called "Reagan Was Right" posted a "story" that not only misstates Bhalla's religion but is awash in stereotypes in doing so — all in the name of "satire".

Ravi Bhalla was not favored as the winner of the 6-person mayoral race but he managed to come out on top. “This is the American dream” Bhalla, who was born in Pakistan but came to the United States in his early 20s, said in his victory speech Tuesday night. “When I was a child, we used to pray for an opportunity exactly like this and now Allah has delivered.”

“The people of Hoboken have spoken, and they want me to fulfill my campaign promise of always putting Allah first,” Bhalla said when asked what his first move would be. "So I will be doing that. I will do my best to glorify Allah in every decision I made and will follow his guidance always."

First of all, Bhalla is a Sikh, and does not practice Islam. Whether "satirical" in nature or not, the stereotypes indulged in the story dovetail with the findings of a 2015 study released by the National Sikh Campaign:

When Americans see a picture of a man or boy in a turban, they are far more likely to assume that he is Middle Eastern or Muslim than that he is Sikh. In focus groups and open-ended survey questions, numerous Americans admitted to feeling "wary," "judgmental," or "cautious" when they see a bearded man in a turban.

The story uses a picture apparently taken from Bhalla's Twitter account. We contacted his campaign seeking comment on the use of that photograph and the "satirical" piece. Secondly, the site contains two disclaimers. The first, located under each post, states:

Our mission is to provide a safe haven from reality for those who truly just don’t know the difference. There is zero truth to anything on this site.

But the second identifies the site by another name:

As American as Apple Pie is affiliated with numerous similarly "satirical" web sites including FreedumJunkshun.com, which published a story in October 2017 calling United States Army Sgt. La David Johnson, who was killed in combat in Niger, a defector. The site later apologized and said it would donate the article from that piece to a charity for bereaved military families, Operation We Are Here. However, when we contacted that organization, it told us that it had not been notified on the matter.

National Sikh Campaign. "Sikhism In The United States: What Americans Know And Need To Know." January 2015.