The "Tiny Toker" toyset, featuring kid-sized marijuana paraphernalia, is a not a real product from Fisher-Price. 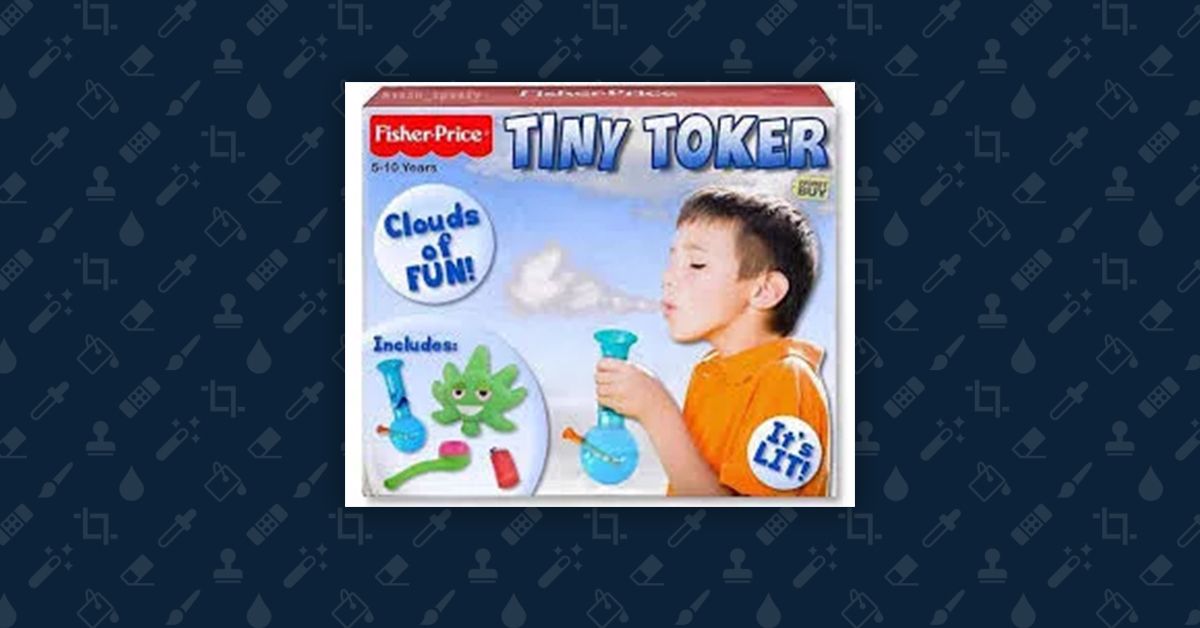 As more states moved to legalize marijuana for recreational use in 2018, an image purportedly showing a new "Tiny Toker" product from Fisher-Price appeared online: The Tiny Toker is not a genuine toy from Fisher-Price.

This fake Fisher-Price playset was created by photo-shopping a stock photograph of a boy blowing bubbles to make it seem as if he was actually holding a play bong:

We were also able to identify one of the pieces of paraphernalia. The stuffed and stoned marijuana leaf in this picture is not a product from Fisher-Price; it is a product from an Etsy shop called, appropriately, "Dooby'sDogToys": Despite a few obvious hints that this is a joke (the "Tiny Toker" is sold at "Worst Buy" instead of "Best Buy," for example), some on social media presented this image as if it were a real toy set:

The toy company fisher price released a " tiny toker " toy set ??‍♀️ it's a mini plastic bong , pipe and stuffed lighter and stuffed cannabis leaf with a little smiley face on it and plastic weed to load in the bong . ( was taken off shelfs 2months after release ) but still really ?! Now all that know me know I'm 420 friendly but god sakes ages 5-10 should not be playing with that at all . Smh. Weed isn't a toy . Next they're gonna release teeny tweaker sets coming with spoofs and fake rocks and stuffed torches or my alcoholic sets instead of tea party sets . Giving out plastic shot glasses and fake whiskey ??‍♀️ crazy what the worlds coming too .

In 2016, some corners of the Internet were quite outraged when people came across a "Happy Hour Playset" featuring a child-sized bar, beer bottles, and a grumpy-looking baby bartender. This, too, was a hoax.