Did Philadelphia Eagles Players Kneel During the National Anthem in 2017?

The White House claimed that an event with the Super Bowl champions was cancelled due to a disagreement over kneeling during the pre-game anthem, but no Eagles player knelt in protest during the regular season. 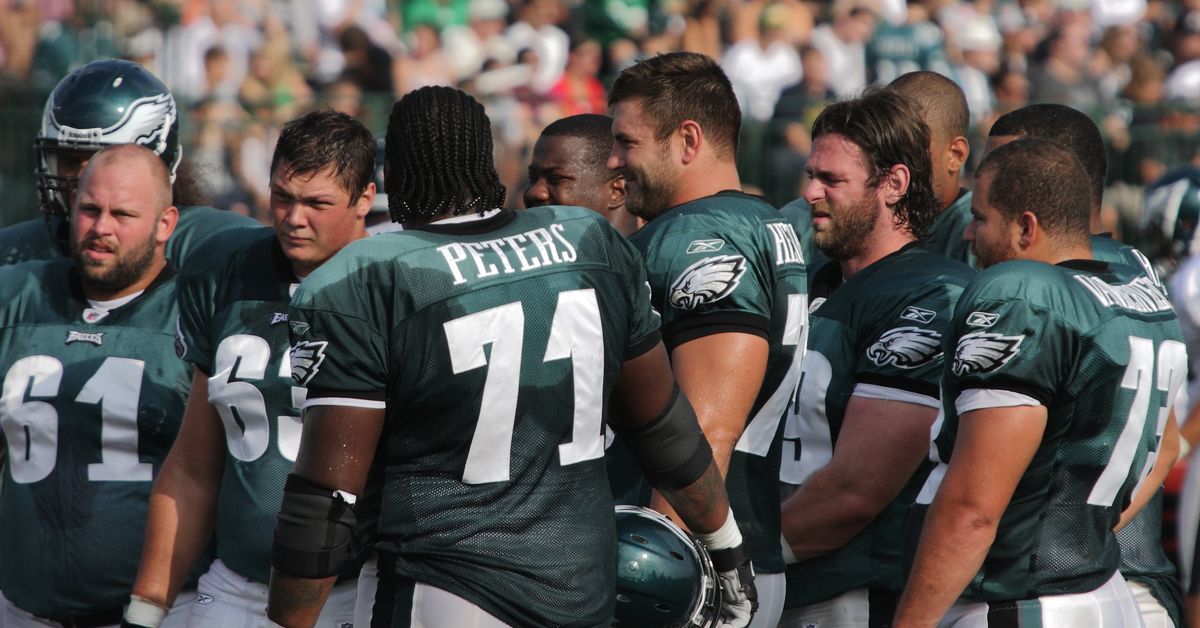 Claim:
Players on the Philadelphia Eagles knelt in protest during the National Anthem throughout the 2017 regular NFL season.
Rating:

The Philadelphia Eagles stood during the national anthem throughout the 2017 NFL regular season and playoffs; Ron Brooks, a player who was cut from the roster before the season started, knelt in protest during at least one pre-season game.

The Philadelphia Eagles had a reputation for kneeling during the anthem during the 2017 season.

Since 2016, a number of National Football League players have been peacefully protesting against police brutality and social inequality by kneeling while the national anthem plays during pre-game ceremonies.

Many, including United States President Donald Trump, have labeled these protests as unpatriotic and have called on players to stand during the playing of the Star Spangled Banner. The controversy entered a new phase on 5 June 2018, when the White House released a statement explaining that an event with the Philadelphia Eagles — winners of Super Bowl LII — had been cancelled:

The Philadelphia Eagles are unable to come to the White House with their full team to be celebrated tomorrow. They disagree with their President because he insists that they proudly stand for the National Anthem, hand on heart, in honor of the great men and women of our military and the people of our country. The Eagles wanted to send a smaller delegation, but the 1,000 fans planning to attend the event deserve better. These fans are still invited to the White House to be part of a different type of ceremony—one that will honor our great country, pay tribute to the heroes who fight to protect it, and loudly and proudly play the National Anthem. I will be there at 3:00 p.m. with the United States Marine Band and the United States Army Chorus to celebrate America.

Supporters posted messages on social media in an apparent attempt to fortify the president's position:

Fox News muddied the waters still more when they aired a segment about the cancellation of the event which featured several images of Eagles players kneeling. These images, however, do not show players protesting anything, but praying or kneeling momentarily for other reasons: Eagles player Zach Ertz chastised the network for using images of him and his teammates in prayer as "propaganda" to push the kneeling narrative: Fox News eventually deleted their tweet containing the video report, issuing an apology for the misleading images in its place. Christopher Wallace, executive producer of Fox News @ Night, also explained that no members of the Philadelphia Eagles knelt in protest during the anthem throughout the regular season or their successful Super Bowl post-season run:

Former Eagles player Torrey Smith was one of the first to counter the idea:

We were unable to find any record of an Eagles player kneeling in protest throughout the 2017 regular season or during the team's post-season Super Bowl run. As Kirk later noted, NFL player Ron Brooks did kneel while he was suited up for the Eagles during a pre-season game in August 2017. However, Brooks was waived from the roster before the start of the season.

A report from SportsPundit.com that delved into instances of protest during the 2017 NFL season found that while a number of Eagles players demonstrated in some fashion (raising a fist, interlocking arms), no player knelt.

ESPN also kept a record of all the players who staged a protest during each week of the 2017 season. With the exception of the third week, when teams around the league held joint protests in response to remarks from Trump during a rally that any player kneeling was a "son of a bitch" who should be fired, a typical Eagles demonstration went as follows:

Safety Malcolm Jenkins continued demonstrating for social justice by raising his first above his head during the national anthem before Sunday's game against the Bears. Safety Rodney McLeod joined him by raising a fist. Defensive end Chris Long placed an arm around Jenkins as a sign of support, a gesture he has made since the events in his hometown of Charlottesville, Virginia, this past summer.