Did Congress Vote to Allow Horses to Be Slaughtered for Food?

The House Appropriations Committee ended a USDA ban on funding for inspections of horse slaughterhouses. 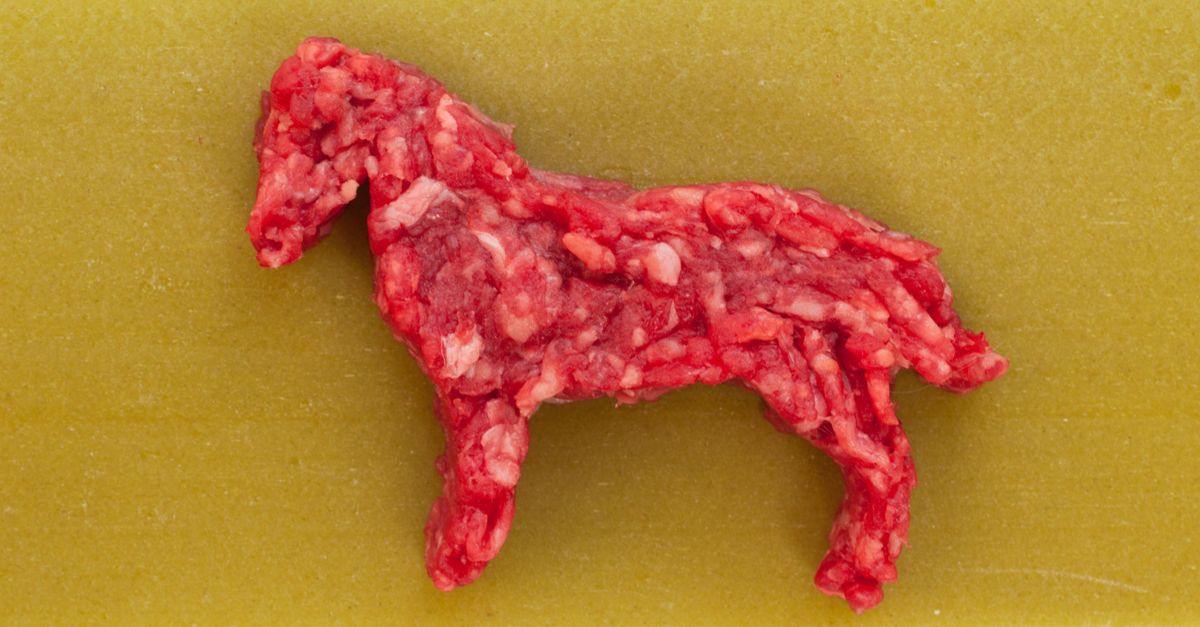 Claim:
The House voted to allow horses in the U.S. to be slaughtered for food.
Rating:

The House Appropriations Committee did end a ban on U.S. Department of Agriculture funding for inspections of horse slaughterhouses.

No specific vote allowing the slaughter of horses for human consumption was taken; the committee did approve a bill that would allow for wild horses to be slaughtered, but the author specified that it would not be for food.

On 4 August 2017, conservative web site World Net Daily reported that Republicans have voted to allow horses to be slaughtered for food in the United States:

So what have Republican lawmakers done?

They’ve just voted to allow horses to be slaughtered in the United States for human consumption, a reversal of previous measures that prevented the practice.

No specific vote to that effect was cast; Congress did pass a spending bill opening the door for that to happen in 2011 — but two bills approved in July 2017 by the House Appropriations Committee did ease its previous stances on the issue.

On July 12 2017, the committee approved the Agriculture Appropriations Bill for the 2018 fiscal year, but unlike previous iterations of the bill, this one did not include an amendment blocking funding for United States Department of Agriculture (USDA) inspectors to visit facilities where horses are being slaughtered. That provision was part of a spending bill passed by Congress in 2011, which effectively constituted a slaughter ban because any meat sold in the U.S. must be approved by the USDA.

The Fiscal Year 2017 version of the bill, for example, contained this amendment by Reps. Charlie Dent (R-Pennsylvania) and Sam Farr (D-California):

Another Democratic lawmaker from California, Rep. Lucille Roybal-Allard, introduced her own amendment banning slaughter inspections in the 2018 fiscal year version of the bill, but it was struck down in a 27-25 vote.

Six days after the committee approved the agriculture bill, it approved the 2018 Fiscal Year Interior and Environment Bill, which contained an amendment by Rep. Chris Stewart (R-Utah) removing language concerning a ban on "the destruction of healthy, unadopted wild horses and burros" on the part of the Bureau of Land Management or its contractors.

The committee has not released the full markup of the bill. But according to Stewart's office, the amended version reads in part:

Appropriations herein made shall not be available for the sale of wild horses and burros that results in their destruction for processing into commercial products, including for human consumption.

The lifting of the ban potentially affects a reported 67,000 wild horses. During debate on the bill, Stewart said that the horses are "crowding out the deer and the elk" and "destroying the range." He also reiterated his disdain for the idea of slaughtering horses for food:

I would never eat horse meat. I feel the same way about horses that most of us feel about our pets, like cats and dogs: I view them as companions, not as a source of food.

This bill amends the Federal Food, Drug, and Cosmetic Act to deem equine (horses and other members of the equidae family) parts to be an unsafe food additive or animal drug.

The bill prohibits the knowing sale or transport of equines or equine parts for human consumption.

The measure was referred to the House Subcommittee on Health on 25 January 2017. On 3 August 2017, Sen. Bob Menendez (D-New Jersey) and three of his colleagues introduced a companion to Buchanan's bill which would permanently ban the slaughter of horses for human consumption in the United States and "the export of horse meat or the transport of horses to slaughterhouses in other countries."