Congress passed a bill authorizing a transit safety committee that contained language one representative considered too broad and unconstitutional. 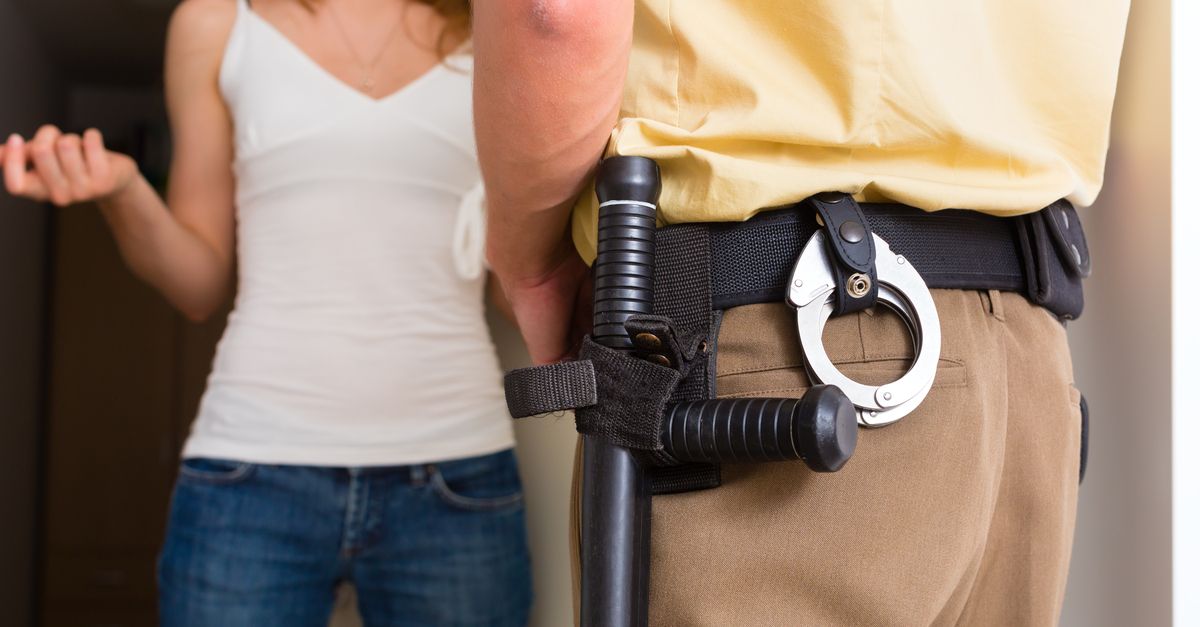 The legislation does not allow authorities all over the U.S. to conduct warrantless searches, as claimed by a number of disreputable web sites.

How the legislation could be interpreted for the Fourth Amendment in the future.

On 24 August 2017, TheFreeThoughtProject.com, which mostly posts stories geared towards stoking fear that the government is on the verge of becoming an authoritarian police state, posted a story with an alarming headline: "Congress Quietly Passed a Bill Allowing Warrantless Searches of Homes — Only 1% Opposed It."

A bill that will allow homes to be searched without a warrant was passed with overwhelming support by the United States Congress, and signed into law by President Trump—and it happened with no media coverage and very little fanfare.

The legislation in question is House Joint Resolution 76, which authorizes Washington, D.C., Maryland, and Virginia to form an intergovernmental transit commission, the Washington Metrorail Safety Commission, or MSC. The bill passed overwhelmingly — unanimously in the Senate — and was signed into law by President Donald Trump on 22 August 2017. Only five Republicans, including Rep. Justin Amash (R-Michigan), voted "no".

Amash took issue with language in the bill he believed was unconstitutional, in that it could be interpreted to mean that Metro officials could search private property without obtaining a warrant first, in violation of the Fourth Amendment. The portion he expressed concern about reads:

In carrying out its purposes, the Commission, through its Board or designated employees or agents, shall, consistent with federal law: ...

Enter upon the WMATA Rail System and, upon reasonable notice and a finding by the chief executive officer that a need exists, upon any lands, waters, and premises adjacent to the WMATA Rail System, including, without limitation, property owned or occupied by the federal government, for the purpose of making inspections, investigations, examinations, and testing as the Commission may deem necessary to carry out the purposes of this MSC Compact, and such entry shall not be deemed a trespass. The Commission shall make reasonable reimbursement for any actual damage resulting to any such adjacent lands, waters, and premises as a result of such activities[.]

When asked for further comment, Amash's spokeswoman directed us an exchange he had on Twitter with George Washington University criminal law professor Orin Kerr, who posted a similar story in ZeroHedge.com (another conspiratorial web site) interpreting it as inaccurate. In the exchange, Amash argued the bill is poorly-drafted and authorizes a violation of the Fourth Amendment, which ensures "the right of the people to be secure in their persons, houses, papers, and effects, against unreasonable searches and seizures":

This bill does authorize a #4thAmendment violation. Congress has a duty not to pass such broad language even if Constitution nullifies it.

I agree with your general observations, but courts haven't sufficiently protected rights. 4A requires probable cause & warrant for searches.

We followed up with Kerr, who told us the government can't simply pass a law that subverts the Constitution. In an e-mail, he told us:

I don't think the language tries to do that, and if it does that, it's unconstitutional and can't be given effect.  Some of the language is admittedly vague: It says that [Washington Metropolitan Area Transit Authority] WMATA officers can enter "premises adjacent to the WMATA Rail System," without saying what counts as "premises." The fear is that maybe this allows the WMATA to enter private homes and other spaces.  But the text doesn't directly say that, or say anything about warrants, and I suspect a court would say that "premises" doesn't mean spaces protected by the 4th Amendment because that would render the law unconstitutional. The government can't just pass a law allowing warrantless home searches: The Fourth Amendment wouldn't allow that. The whole point of the Fourth Amendment is to keep governments from being able to take away our rights like that; the legislature can't eliminate the protections that the Constitution guarantees. (Open spaces like fields and yards aren't protected by the Fourth Amendment, so that wouldn't be an issue.)

We sought a second opinion from James Moore, professor and director of the Transportation Engineering Program at the University of Southern California's Viterbi School of Engineering. Moore agreed with Kerr in saying a potential constitutional violation by the transit agency wouldn't stand up in court, but the language that seems to allow it is overly broad, which he said was probably unintentional. Both experts agreed the language in the legislation is overly-broad.

Moore, who pointed out he is not an attorney or a licensed engineer but a researcher who studies urban transit systems, told us:

The scope of authority being claimed in this legislation with respect to private property is unusually large.  The most fundamental of property rights is the right to exclude others.  Local public works authorities frequently have to access private property.  When they do, they normally must exercise a degree of due process that is not called out in this legislation.  Standard procedure is seek permission of the property owner.  If the property owner does not provide permission, then the standard procedure is to obtain an administrative search warrant.  There is an exception for emergencies, so the need to address an imminent public safety threat on private property would permit an agency to enter without trespassing.  Since this the MSC Compact involves multiple jurisdictions, each may have a separate set of due processes for administrative search warrants or the equivalent, and the MSC may be trying to avoid this complication.   However, the WMATA is an interstate agency that has been in existence for many years with rights of way abutting private property in multiple jurisdictions, so I have to assume they have well defined administrative relationships with their constituent entities and the localities in each.  I am confident that the WMATA has had reason to enter private property before, and has procedures in place to do so when necessary.  Why the MSC Compact would be exempt from these procedures is unclear.  An exception already exists for emergencies.

Nine people were killed in the Washington Metro crash of 2009.  This is likely part of the impetus for the creation of the MSC Compact, but it may have induced such a special sensitivity to safety concerns that the result is an unintentional overreach.

I don’t know anything about the motives behind the legislation, but I do believe the latitude this legislation provides to the MSC Compact with respect to accessing private property is unusual, and I do not expect it stand up to a challenge in court on any number of grounds.  I do not expect that it is nefarious.  It may well be no more than a well-intentioned mistake by an interstate agency trying serve the public interests with respect to safety.

According to the Washington Post's reporting, the legislation that created the tri-state safety commission has traveled a rocky path, and still has ways to go before it goes from being a signed piece of legislation to a real-world agency.

Further, moving the legislation forward was becoming dire because the federal government started withholding funds in February, due to the ongoing failure to create the safety commission:

But it will still be a while before the safety organization exists — the District, Maryland and Virginia are still looking for office space for the newly minted agency, they will need to find employees to staff that office, and they are seeking out at least six people with extensive rail and transit safety experience who can serve as commissioners. (Each jurisdiction is required to have two commissioners, along with an alternate.) ...

The jurisdictions are hustling to complete this certification process by the end of this year. And they’re operating in the context of an increasingly urgent ticking clock: Since February, the federal government has been withholding millions of dollars in federal funds from transit agencies around D.C., Maryland and Virginia.

Although the language in the legislation is vague and has caused some concern that it could violate the Constitution, the experts we consulted said that simply drafting legislation doesn't negate the Constitution -- although how it will be potentially interpreted by the courts if such a case comes up is currently unknown. Amash did express displeasure publicly with the way the bill was drafted, and concern that it could lead to violations of the Fourth Amendment.

But despite what fear-mongering web sites report, the transit bill's signing doesn't mean authorities throughout the country can now enter private homes or other property without a search warrant.

After further review of the potential repercussions of the law, we changed our truth rating from "mostly false" to "mixture."