Did Hillary Clinton Say 'We Must Destroy Syria for Israel' in a Leaked E-Mail?

Controversy around military action in Syria led to the recirculation of an inaccurate claim about Hillary Clinton. 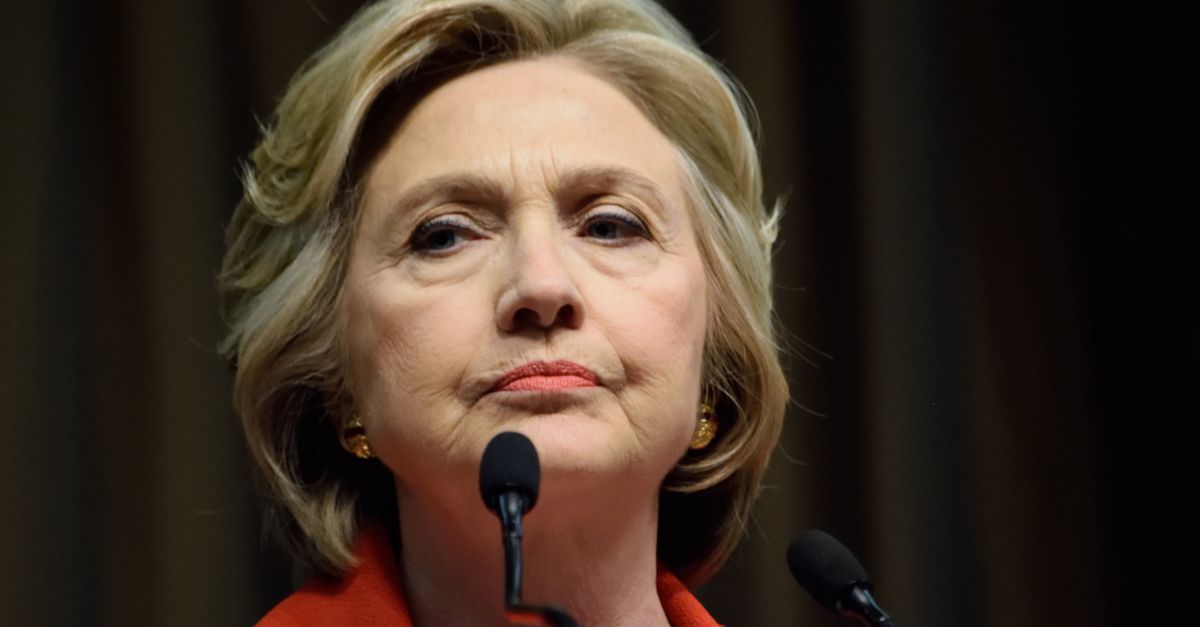 Claim:
In a leaked e-mail, Hillary Clinton said "we must destroy Syria for Israel."
Rating:

Following controversial airstrikes on Syria in April 2018, a 2017 article published by repeat offender YourNewsWire.com with the claim that Hillary Clinton voiced support for destroying Syria in a "leaked" e-mail popped up and began to circulate again:

Lest We Forget – Hillary Clinton: We Must Destroy Syria For israel https://t.co/VxkzUu1IkE pic.twitter.com/Zf4iagpqsv

The piece included a screenshot of what were purportedly Clinton's views taken from an e-mail, as well as quotes:

Clinton Email: We Must Destroy Syria For Israel

“The best way to help Israel deal with Iran’s growing nuclear capability is to help the people of Syria overthrow the regime of Bashar Assad,” Clinton forthrightly starts off by saying.

Even though all US intelligence reports had long dismissed Iran’s “atom bomb” program as a hoax (a conclusion supported by the International Atomic Energy Agency), Clinton continues to use these lies to “justify” destroying Syria in the name of Israel. A nearly identical claim (since deleted) was published by a separate site in March 2016. Both attribute the text of the purported e-mail to Clinton during her tenure as Secretary of State, a position she held for approximately four years between 2009 and 2013.

The text is indeed a part of WikiLeaks' "Hillary Clinton Email Archive," and the title search returns three documents in that data set. The same document was also available via FOIA.state.gov [PDF].

Although its content was characterized as an e-mail authored by Hillary Clinton, that is misleading. It appears that she actually received and forwarded an attachment from James P. Rubin. In all three documents (two forwards and an attachment) it is clear that Rubin authored and sent the commentary to Clinton, stating in his preface that the then-Secretary of State "may not agree" with his stance on Syria:

First, I want to wish you and Kurt best of luck getting out of the pickle Mr Chen has you in as you arrive in China. I wanted to pass on something I intend to publish on Syria and Iran, because I think it is worth trying to urge the President and his political advisers to act. As you can see from today's column by Jackson Diehl, the pundits and many in the media will push the Syria issue very hard for the foreseeable future. It may not be on the front burner every day, but it will be close to or at the top of the media's attention indefinitely. Interestingly, the Republicans have showed their hand on the foreign policy debate, in which inaction on Syria is pretty much the only serious criticism they can offer that will stick. As you will see from the attached piece, I believe that action on Syria will forestall the biggest danger on the horizon, that Israel launches a surprise attack on Iran's nuclear facilities. Although the pressure has now eased for a variety of reasons, it will return. Action by Washington on Syria, on the other hand, I believe will eliminate much of the urgency for Israeli action. In other words, a more aggressive policy on Syria will eliminate the best case the republican's have going into the November election, will ease substantially the pressure on Israel to attack Iran and possibly spark a wider war in the Middle East, and finally would be the right stance on Syria going forward. I know you may not agree but I thought it was better to share this with you first as at least a new way to look at the problem.

All best, your friend,
Jamie