Did Biden Say 'My Butt's Been Wiped'?

The president appeared to be making a joke about how difficult it was to talk by the nearby helicopter. But what, exactly, did he say? 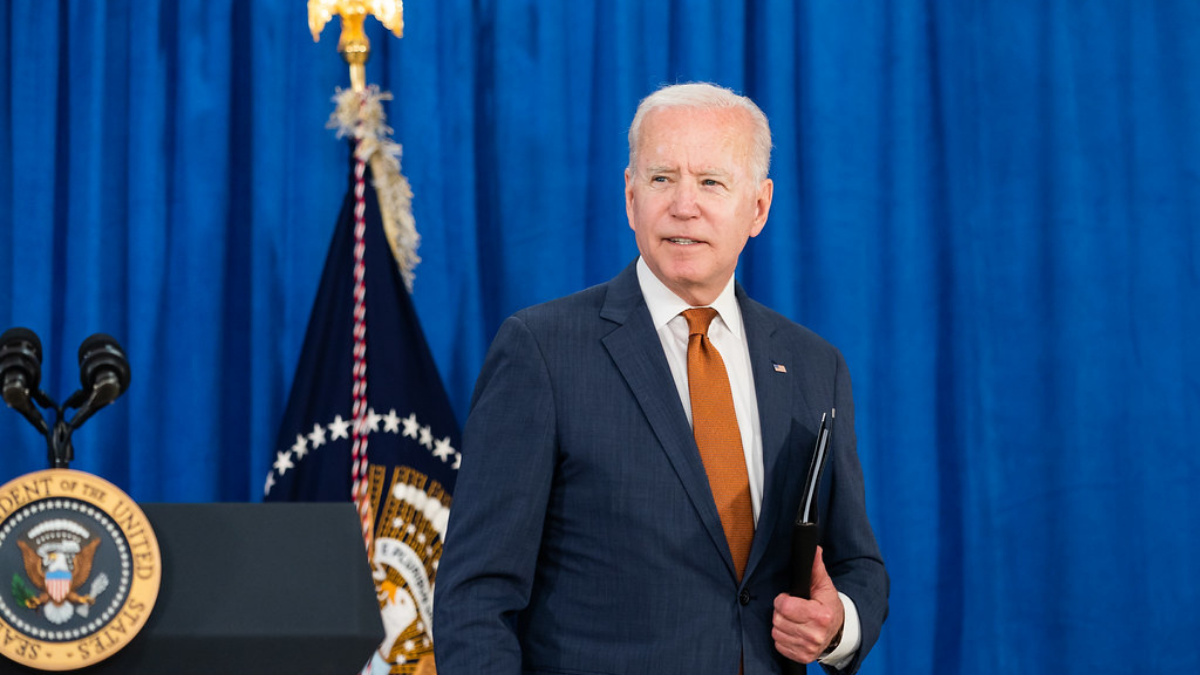 Claim:
A video shows President Biden yelling "My butt's been wiped" to a gaggle of reporters near Marine One.
Rating:

This is a genuine video, but it's improbable that the president said "My butt's been wiped." While we can't definitively say what Biden said, neither can anyone else.

In July 2021, a video started circulating on social media that supposedly captured U.S. President Joe Biden yelling "My butt's been wiped" to a gaggle of reporters huddled near a noisy Marine One helicopter:

This is a genuine clip of Biden. However, it's not clear what he's saying in this video.

The "Laurel and Yanny" caption in the above-displayed tweet refers to a viral recording from 2018 of the word "Laurel" that some internet users heard as the word "Yanny."

While that audio illusion was later explained to be the result of some people hearing the low frequencies of the audio while others heard the high frequencies (you can read more about Laurel and Yanny here), the explanation here doesn't appear to be quite as complicated. It seems that people are just hearing what they want to hear.

This video was originally posted by ABC News reporter Molly Nagle. The original clip features a reporter yelling a question about a pathway to citizenship for immigrants over the noise of the nearby helicopter. When Biden approaches, he says something indecipherable before adding: "There needs to be a pathway to citizenship whether it needs to be in immigration remains to be seen."

It appears that Biden was making a joke about how the reporters had to scream over the noise of the helicopter, but it's not clear exactly what he said. To our ears, it seems like he said "It must be what," but we can't say that that's definitively the case. We reached out to Nagle for her input, since Biden may have been clearer in person than in the audio recording, but have not yet heard back.

While it seems highly improbable that he said "My butt's been wiped," we can't say for sure what he said in this clip, so we are marking this claim as unproven.