After news reports revealed the purchase amid proposed funding cuts, the HUD secretary said he wants to cancel it. 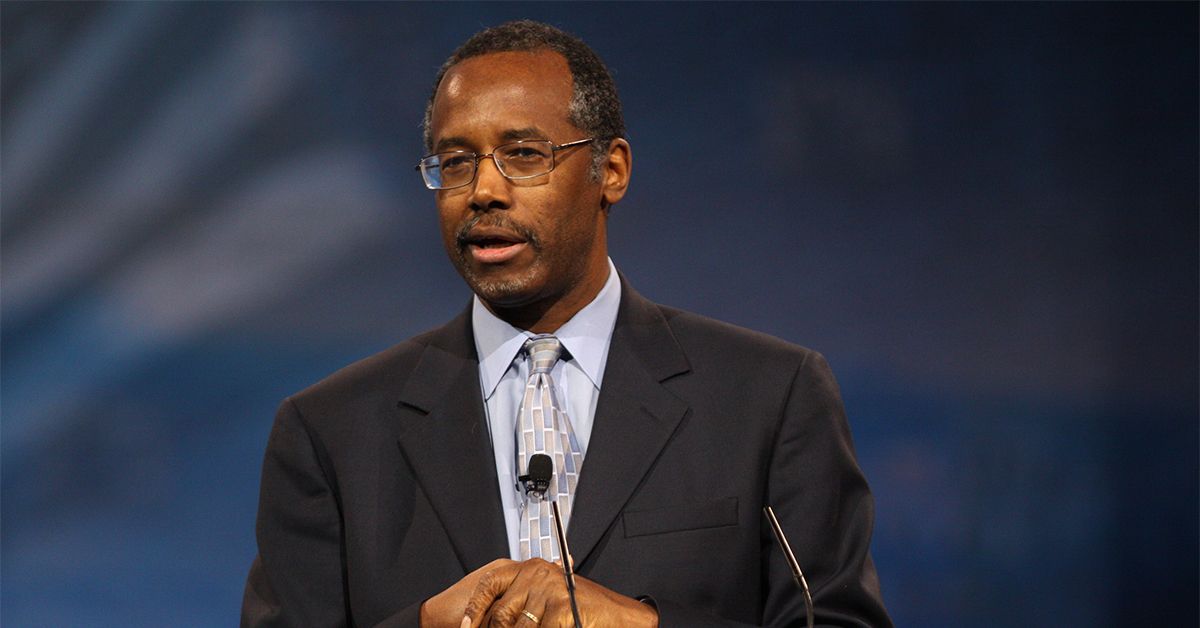 In late February 2018, news stories reported that Housing and Urban Development Secretary Ben Carson spent $31,000 on a dining set for his office and billed it to the federal agency, just as the the Trump administration was planning to cut HUD's budget. Readers who saw these details discussed on social media asked if it was true -- and it is. The story has been vetted and reported by legitimate news sources.

Department officials did not request approval from the House or Senate Appropriations Committees for the expenditure of $31,561, even though federal law requires congressional approval “to furnish or redecorate the office of a department head” if the cost exceeds $5,000.

HUD spokesman Raffi Williams told the Times that at that time Carson had no intention of returning the dining set and didn't think the cost was too steep (even though many Americans earn less in a year than the price of the items). In May 2017, Carson was criticized for comments in which he expressed his opinion that low income people receiving housing assistance should not be made too comfortable.

According to The Guardian, former top HUD official Helen Foster filed a complaint with a federal watchdog agency saying that she had been demoted and transferred in retaliation for resisting the expensive redecoration effort by Carson and his staff, even though it violated the law:

Helen Foster said she was told “$5,000 will not even buy a decent chair” after informing her bosses this was the legal price limit for improvements to the HUD secretary’s suite at the department’s Washington headquarters.

Foster, 47, claimed that she also faced retaliation for exposing a $10m budget shortfall, and for protesting when she was barred from handling a pair of sensitive freedom of information act (FOIA) requests relating to Trump apparently because she was perceived to be a Democrat.

By 1 March 2018, Carson responded to the controversy by notifying CNN that he had changed course and wanted to cancel the purchase:

"I was as surprised as anyone to find out that a $31,000 dining set had been ordered," Carson said in the statement. "I have requested that the order be canceled. We will find another solution for the furniture replacement."

Carson also said his wife, Candy Carson, had "asked if used furniture was an option," the first time there's been an indication that she was involved in the process. "My wife also looked at catalogs and wanted to be sure that the color of the chair fabric of any set that was chosen matched the rest of the decor," he wrote.

"I made it known that I was not happy about the prices being charged and that my preference would be to find something more reasonable," he added.

The $31,000 dining set includes a table, sideboard, breakfront -- all in mahogany -- and 10 mahogany chairs with a blue velvet finish, according to the company that sold the furniture to the agency and purchase documents obtained by CNN.

Mr. Carson “didn’t know the table had been purchased,” but does not believe the cost was too steep and does not intend to return it, said Raffi Williams, a HUD spokesman.

Revelations of the luxurious purchase came as Carson was advocating for budget cuts that would slash funding for the department, which provides housing assistance to vulnerable Americans like low-income elderly or disabled people:

Swaine, Jon, and Jacobs, Ben. "US Official: I Was Demoted for Rejecting Ben Carson's Costly Office Revamp."   The Guardian. 27 February 2018.