Did Bart Simpson Mock Islam During a Chalkboard Gag?

An image purportedly showing a Simpsons chalkboard gag in which Bart mocked Islam is fake. 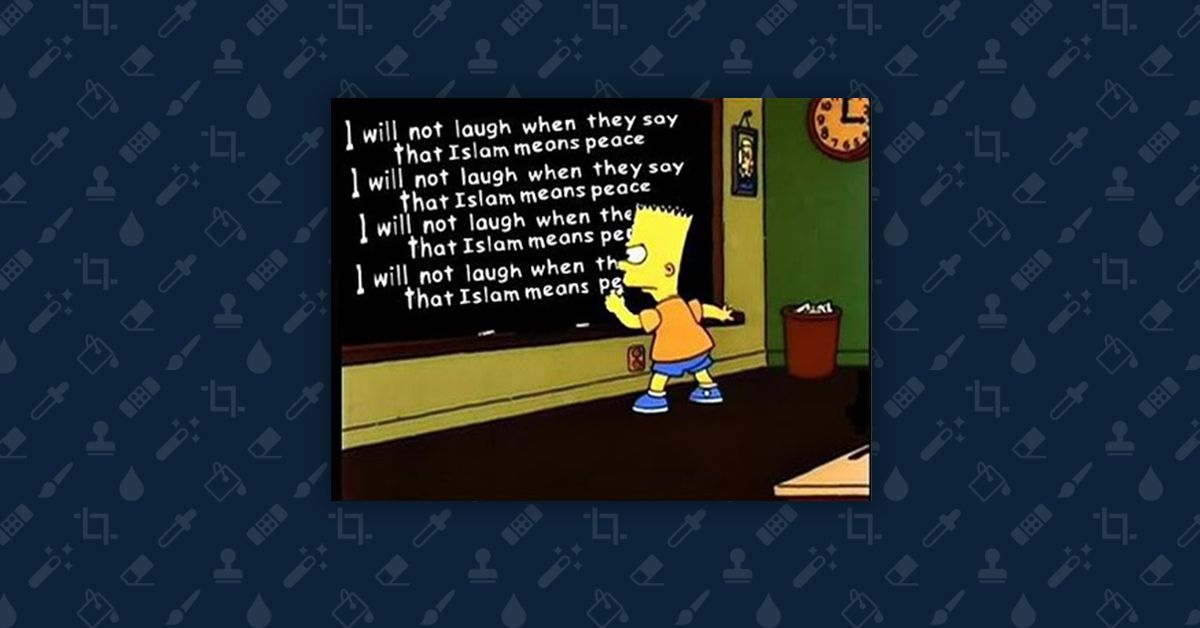 Claim:
A screenshot from an episode of The Simpsons shows Bart Simpson mocking the Islamic religion during a chalkboard gag.
Rating:

An image purportedly showing Bart Simpson writing the words "I will not laugh when they say that Islam means peace" during a chalkboard gag from an episode of The Simpsons has been circulating online since at least 2010: We were skeptical that The Simpsons would use the chalkboard gag to disparage a religion. However, we still searched for a video of this particular supposed chalkboard gag and found none. The gag also did not appear in any of the various Simpson archives that we searched.

Aficionados of the series may have also noticed that the anti-Islam gag looks different from most genuine Simpsons chalkboard gags -- with few exceptions, Bart almost always writes in capital letters: The phrase is also absent from a massive infographic created by Cabletv.com in 2012 (two years after the fake image started circulating) which listed everything Bart Simpson had written on the chalkboard since the show's opening episode: Heisler, Steve.   "Here's Every Single Thing Bart Simpson Ever Wrote on the Chalkboard from the Opening Credits of the Simpsons."     A.V. Club.   16 February 2012.