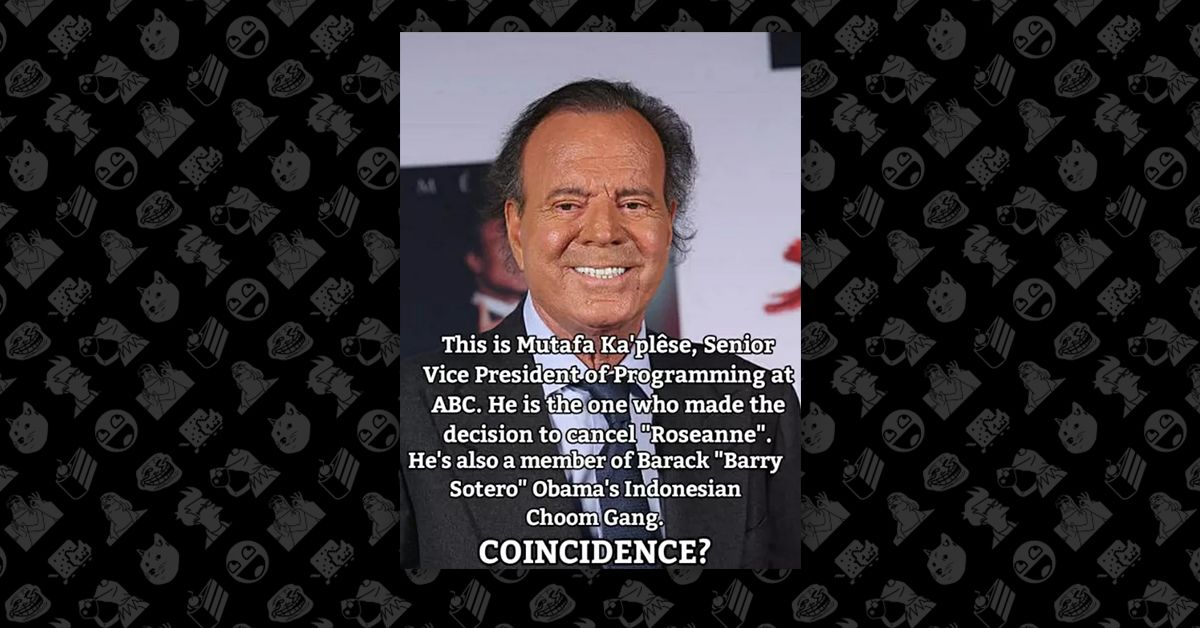 Claim:
The decision to cancel the show 'Roseanne' was made by ABC Senior Vice President of Programming Mutafa Ka'Plese.
Rating:

Satirists and purveyors of fake news went into overdrive in May 2018 after ABC announced that it was cancelling the hit show Roseanne. The decision came directly after a series of tweets posted by titular star Roseanne Barr containing racist language and a veritable melange of conspiracy theories.

The Facebook page for satire site The Last Line of Defense added its misinformation into the mix with a claim that ABC's Senior Vice President of Programming Mutafa Ka'Plese was a member of former United States President Barack Obama's "Choom Gang," and that he was the one who ultimately made the decision to cancel the show: There are several ways to tell that this meme was created in jest rather than as a genuine attempt to relay factual information. For instance, Mutafa Ka'Plese is a gag name (sound it out syllable by syllable) in the vein of Seymour Butts or Philip McCreviss. The photograph also doesn't show any of the higher-ups working at ABC. This is actually an image of singer Julio Iglesias at an event in Mexico City.

Roseanne’s Twitter statement is abhorrent, repugnant and inconsistent with our values, and we have decided to cancel her show.