Did a Tattooed Jimi Hendrix Ride a Dune Buggy?

A doctored image featuring Jimi Hendrix covered in tattoos was circulated on social media in October 2017. 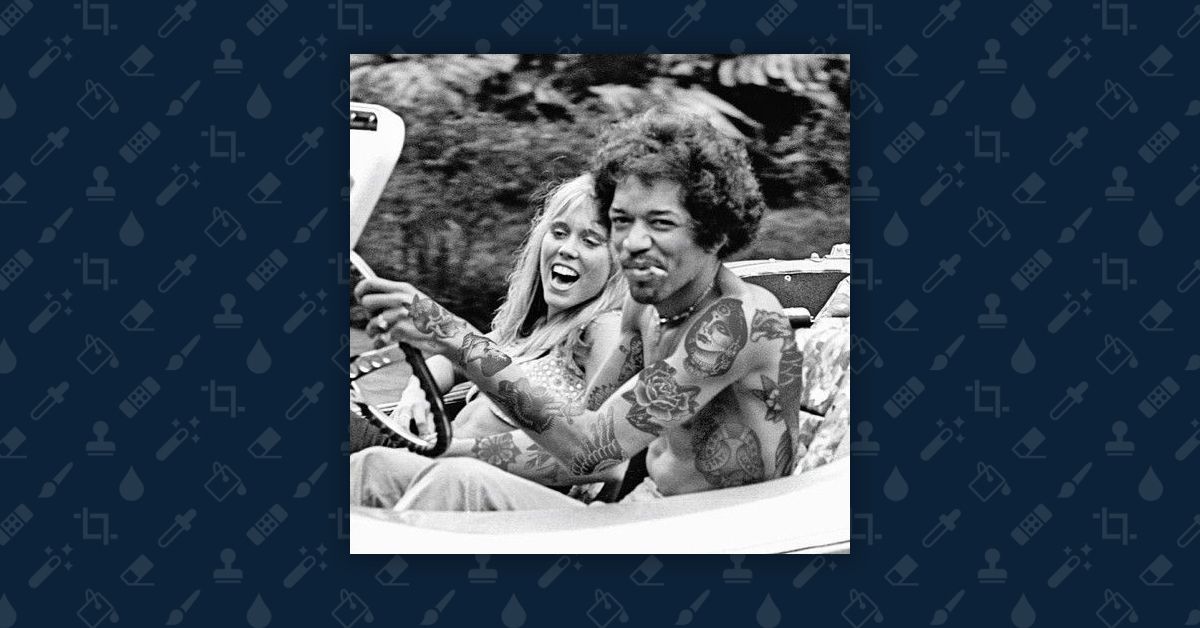 An image purportedly showing Jimi Hendrix covered in tattoos while riding in a dune buggy with an unidentified woman was recirculated on social media after it was posted to the Twitter account "Old Pics Archive" on 24 October 2017: The tattoos featured in this photograph are fake, which doesn't make the rock star any less of a bad-ass.

In addition to the source photograph, the "tattoo" picture can also be debunked by the simple fact that Hendrix did not have any obvious tattoos, as evidenced by a series of images taken by photographer Donald Silverstein that featured the guitarist without a shirt on: