Did a Meteor Fall Into a Volcano?

This is a genuine photograph, but the stated destination of this meteor was likely off by a few miles. 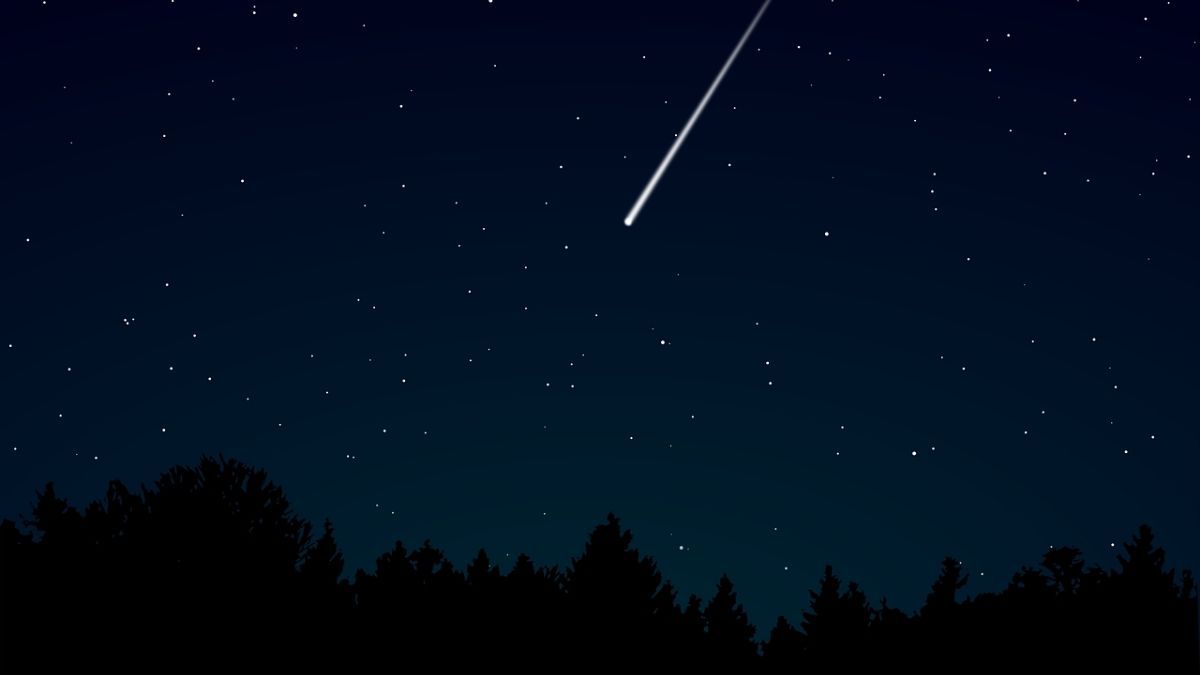 Claim:
A photograph shows a meteor falling into a volcano.
Rating:

This is a genuine photograph of a meteor streaking above a volcano. While the angle of this photograph makes it appear as if the meteor was falling "into" the volcano, that likely isn't the case.

A photograph is frequently shared online along with the claim that it shows a meteor plunging into a volcano. An October 2021 Reddit post, for example, was titled: "A meteor recently fell into the most active volcano (Mount Merapi) in Indonesia."

This is a genuine photograph that was taken by Gunarto Song in May 2021. While it truly shows a streak of light from a meteor above a volcano in Indonesia, and while the angle of this picture makes it appear as if the meteor is falling directly into the volcano, that likely isn't the case. This meteor was probably well above the volcano and was passing behind it, not into it, scientists say.

The claim, however, has been attached to this picture ever since it was first posted on Instagram. Song's original caption (translated from Indonesian) asked: "Meteor Falls on the Peak of Mount Merapi??"

After the picture went viral, Song spoke to Coconuts Jarkarta, a news and lifestyle site from Indonesia, telling the site that he was taking long exposure photographs of Mount Merapi when he noticed a ball of light in the sky. Song snapped a picture and captured a four-second streak of light as the meteor descended above the volcano.

“I set the shutter speed at four seconds, which made the photos [of the light] appear long. But the light was round-shaped, it was so fast but it was indeed a round light that fell."

The LAPAN Atmospheric Science Center noted that this photograph was taken around the same time that the Eta Aquarid Meteor Shower and the Arietid Meteor Shower were taking place over Indonesia. The group also explained why the meteor appeared to have a green streak:

The color of the burning meteor depends on the content of the elements that dominate the rock. The blue-green color comes from Magnesium, Calcium is masked with a violet color, and Nickel is marked with a glowing green color ... Given that the light emitted was green, it is likely that the meteor that feel around Merapi was dominated by the element magnesium.

The LAPAN Atmospheric Science Center also provided an estimate of where this meteor likely fell. And no, it wasn't in the volcano. The group writes that it used the simple parallax method to estimate that the meteor likely fell about 10 km (or 6 miles) to the north on the peak of Merbabu.

This seems to square with Song's interpretation. Song said that the meteor seemed close to the volcano, as he saw the light reflecting off the clouds, but he told CNN Indonesia that he didn't here any crashing noises that would indicate the meteor had actually struck the volcano.

"This event is similar to the meteor that I have seen so far, but this is very close because I know it is above the peak. But I don't know, this is my perspective, because to be honest there is no booming sound [when the light falls]."

CoconutsJakarta. “Experts Say Green Light Beaming into Mount Merapi in Viral Photo Was from a Meteor.” Coconuts, 31 May 2021, https://coconuts.co/jakarta/news/experts-say-green-light-beaming-into-mount-merapi-in-viral-photo-was-from-a-meteor/.