Did a Ghost Remove a Dog's Collar?

Here's a logical look at a viral video. 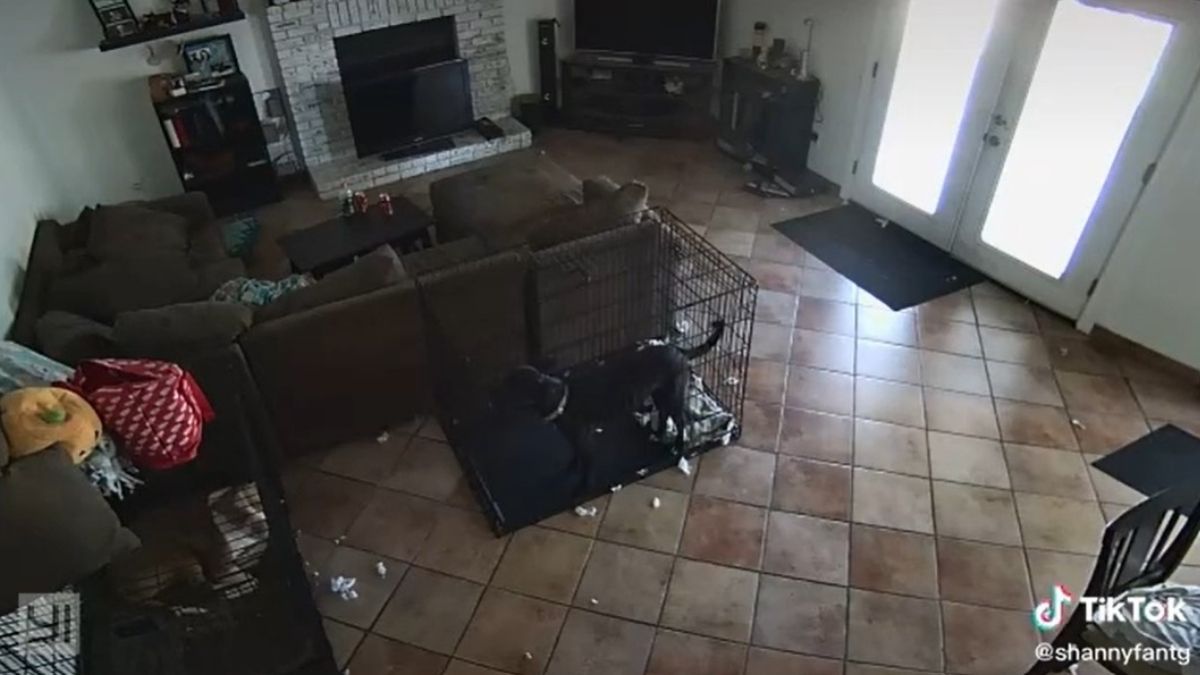 In October 2021, a video went viral on TikTok of a dog in a cage getting scared as its collar accidentally comes off.

This, of course, was not the original description of the video. If it were, there's no way that the video would have amassed more than 9 million views.

The video from TikTok user shannyfantg was captioned: "Watch my black dog. ghost takes her collar off in her crate."

The video quickly went viral as internet users chimed in with comments calling it the most "convincing ghost video." Others noted that both dogs got quiet shortly before the incident, which they claimed was a clear sign of paranormal activity.

We are, to say the least, not convinced.

One reason people may see a "ghost" in this video is that they were primed to see one by the caption. This video being presented as if it shows a ghost leads people to believe that it actually does show one. Remove the caption, however, and what do you see?

Two dogs barking in cages. The ground covered with some sort of debris (most likely from a chewed up pillow inside a cage) indicating that the dogs have probably been wrestling around a bit inside their cages. Then the dogs go quiet and one dog turns its head. As it does, the collar pops open and falls around its neck. The dog then jumps backward. This looks especially violent since the dog doesn't have enough room and slams itself into the cage.

In the following gif, you can see the collar pop open before the dog jumps back in its cage.

There seems to be two prevalent theories about this video. The first holds that a ghost, the spiritual remains of a deceased human being, snuck up on a dog, threw it against its cage, undid the collar, and then vanished. It's unclear if the ghost was an anti-collar crusader in a past life, or maybe just got tired of the dogs barking. The second theory is that this video shows a dog who got scared after its collar accidentally came undone.

Since there's little to no evidence that ghosts exists, and sufficient evidence that faulty products do, we're going to call this claim false. So no, a ghost did not undo this dog's collar.