Another in a seemingly endless series of Facebook hoaxes falsely claims a celebrity has died. 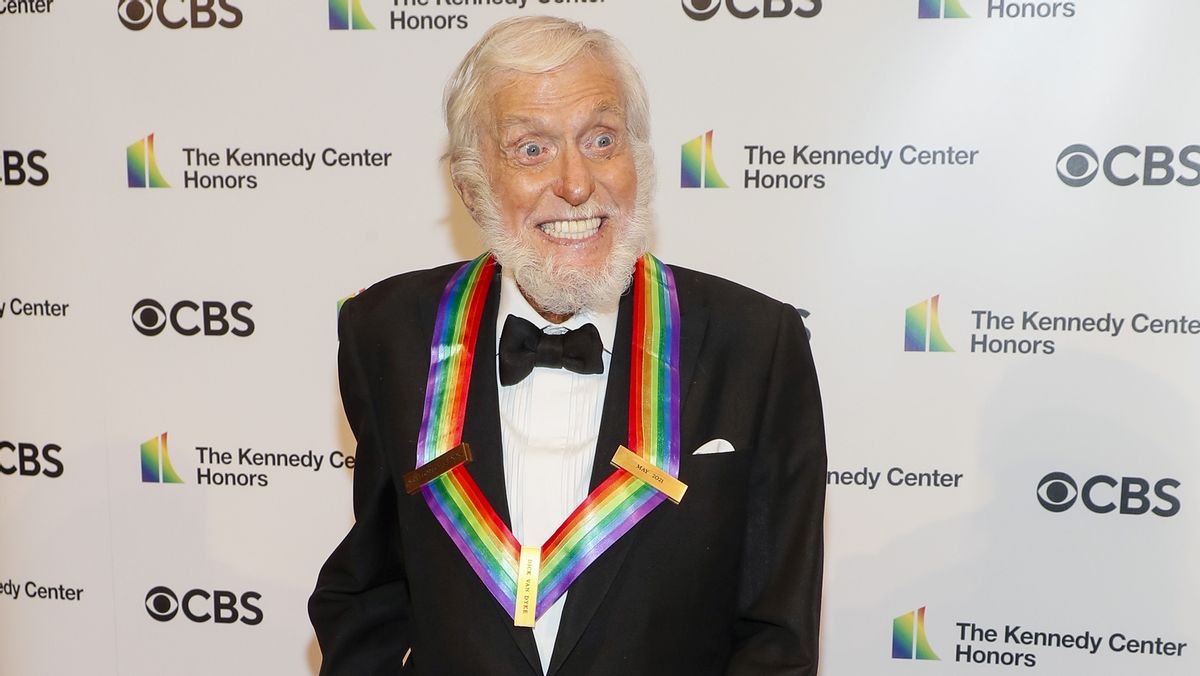 In December 2022, another example in a seemingly endless series of celebrity death hoaxes on social media was brought to our attention, this time asserting that American actor and comedian Dick Van Dyke was dead. A Facebook post we found repeated across many different pages was titled (nonsensically), "We Have Extremely Sad News for 96-Year-old Dick Van Dyke As He Is Confirmed To Be..." However, Van Dyke -- who had just, in fact, celebrated his 97th birthday, was not dead, nor did the Facebook post or the suspicious-looking website the post linked to say anything about how or when he supposedly died.

We found no credible reporting from any legitimate news sources that said Van Dyke was dead. To the contrary, we found a plethora of news reports of a very-much-alive Van Dyke being sighted in Southern California shortly before his Dec. 13 birthday. The posts claiming he died (see below) were a hoax. 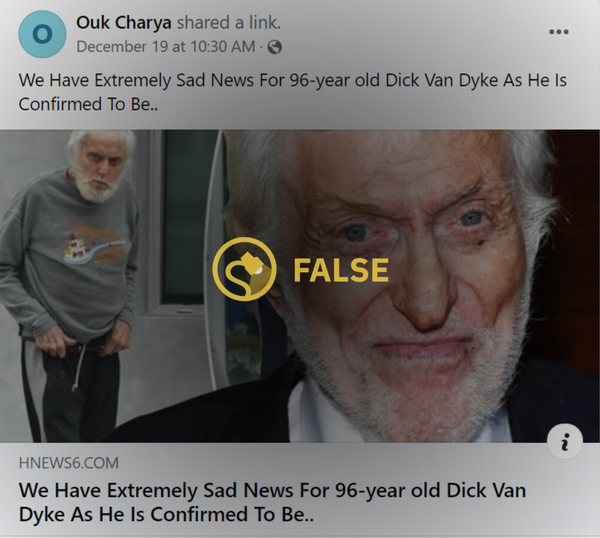 The post linked to a website with the URL hnews6.com, which we found to consist of a spammy-looking page with a single photograph and a short block of text plagiarized from an April 2021 news story in the Daily Mail repeated over and over all the way down the page. Unlike very similar hoaxes we've covered, this one did not appear to have a pop-up asking users to install a software file that was likely malware -- but it's something readers should be alert for. 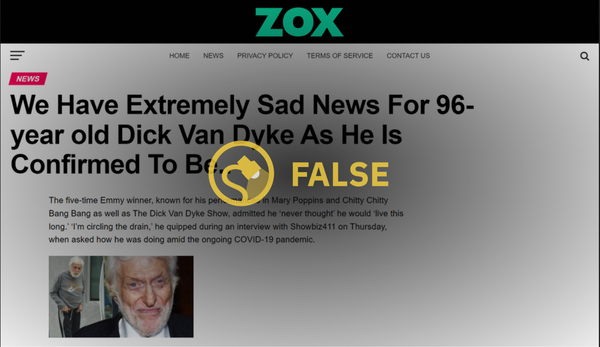 With these kinds of death hoaxes, we advise that readers proceed with caution before believing in them, or sharing them. If a purported death announcement on social media mentions "very sad news" or a "tearful farewell" and shows a strange picture next to a casket, it might be a hoax. If you share it, the joke (or worse) will be on you.