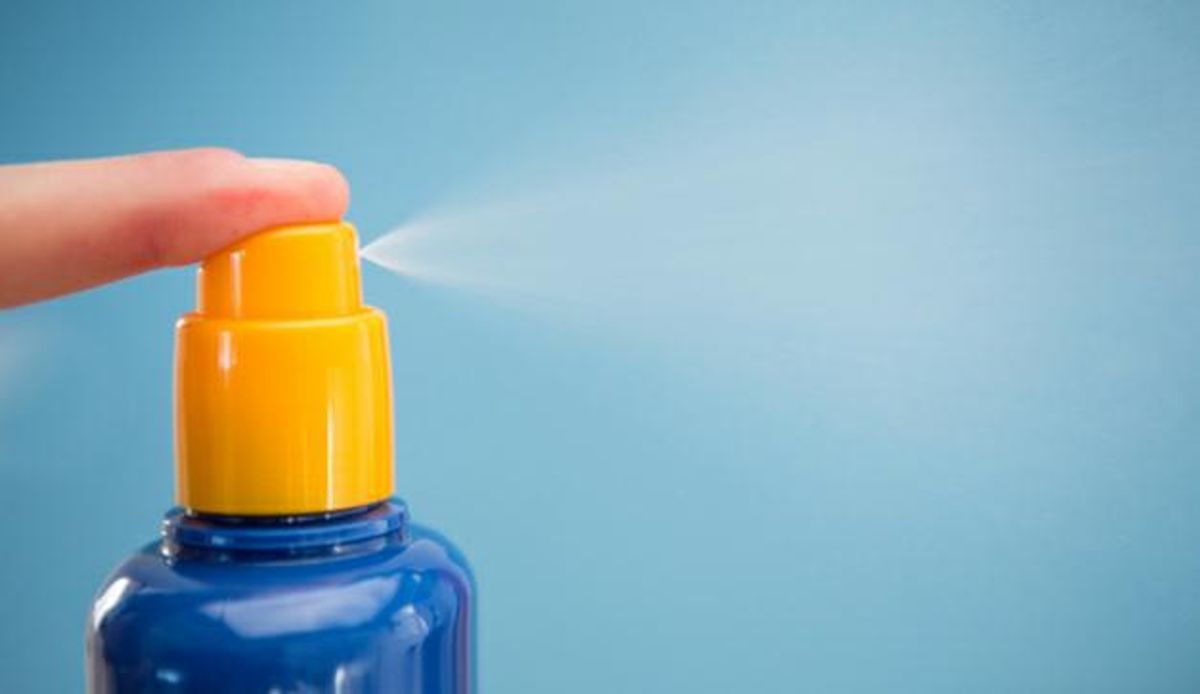 In June 2015, a message was spread via Facebook by a mother cautioning consumers about Dollar General (DG) brand spray-on sunblock. In her warning, the woman claimed that her 9-year-old son Hunter had suffered a third-degree sunburn because DG Broad Spectrum SPF 70 spray-on sunblock failed to protect him:

Help me stop the Sale and use of SPRAY SUNBLOCK!!! DO NOT USE SPRAY SUNBLOCK! We used DG version of coppertone 70 spf. This is what happened to my 9yr old son Hunter. We applied 45 min before Sun exposed an reapplied every 30- 1 hr. He has 3rd degree burn an had to go to children's burn clinic today where they done a procedure that removed all burnt an dead skin then applied medicine an bandage him up. He can't be in the sun till we go back to Dr in 1 wk. He can't take the bandage off nor get it wet. The Dr said healing process could take up to a month. I never thought it would happen to us. I've read about it an see more people trying to ban this since it has happened to us. Yeah it's convenient, yeah it's easy to Apply, there's no mess, but from now on we will be using the LOTION SUNBLOCK. so please keep us in your prayers as we go through the devastating accident. When you have to listen to your child scream in pain from them pulling his skin off is the most painful thing to see an experience! However, as many skeptics have noted, the exposed areas of child's skin seen in the photograph seem to exhibit at most a mild to moderate case of sunburn, not a third-degree sunburn (which involves severely red to purplish skin discoloration and blistered skin). No explanation was offered to explain how or why the child might have suffered "third-degree" sunburn only to the bandaged area of his chest and no other portion of his body.

As well, it's extremely unlikely that the described medical procedure — a doctor "removed all burnt and dead skin then applied medicine and bandaged him up," then sent the child home with instructions to stay out of the sun and return in one week — is one that would have been applied to a case of third-degree sunburn rather than a lesser form of sunburn. Possibly the mother who wrote this account mistakenly inverted the nomenclature of burn severity and believed first-degree burns were worse than third-degree burns, rather than vice-versa.

The Dollar General chain of variety stores has not yet commented on this Facebook warning. However, DG has not issued a recall for the product, and we've found no other reports that this brand of sunblock failed to an extent that resulted in third-degree sunburns.

Although third-degree sunburns are rare, Consumer Reports published an article in 2014 outlining precautions to take when using spray-on sunblock — including the advice that such products should not be used on children "unless you have no other product available":