Do Videos Show a DeWalt Electric Mower Catching on Fire?

We received inquiries from readers who were looking for more details about the videos. 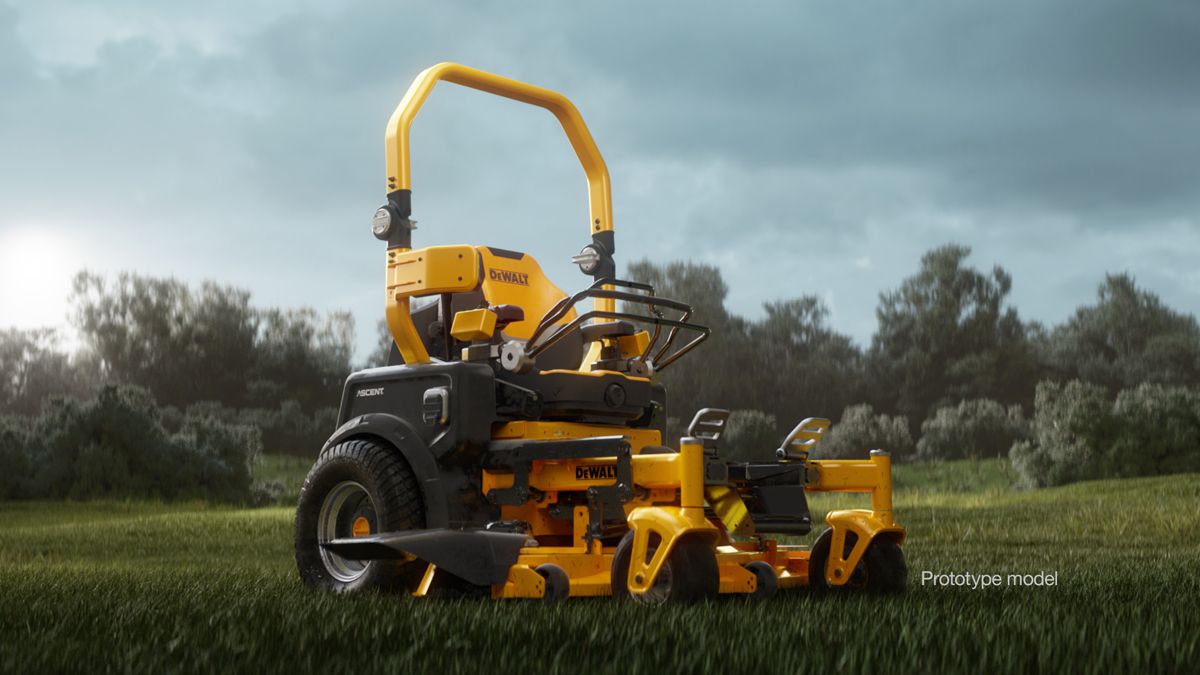 The claim is that videos showed a DeWalt Ascent Series electric mower catching on fire at Equip Exposition 2022. (Image Via DeWalt/Mynewsdesk)

The electric mower that appeared in videos was a "single pre-production prototype unit," according to a company statement. The Lawn & Landscape blog reported that the prototype was part of DeWalt's battery-powered Ascent Series, which wasn't expected to be made available to the public until fall 2023.

On Oct. 19, 2022, a DeWalt electric (battery-powered) mower caught on fire at the Equip Exposition 2022 in Louisville, Kentucky. According to a post on the expo's official Facebook page, the fire occurred in an outdoor demo yard. No injuries were reported.

Readers asked for more information after seeing various videos and Reddit posts that showed the fire.

A popular Facebook post showed two pictures of the fire and read, "Dewalt broke out their new electric mower at equipment expo…. Hell of a sales pitch 'electric is the future'

how about those emissions

We reached out to a media contact on DeWalt's website with several questions. The company sent back a brief statement, which was also reported by the Lawn & Landscape blog:

A prototype of one of DEWALT’s new Ascent mowers caught fire during the Equip Exposition last week in Louisville, Kentucky.

Here is the company’s statement: "We are grateful that no one was injured. We are working quickly to determine the cause of the issue with this single pre-production prototype unit and will provide further information when available."

According to the DeWalt website, the company's Ascent Series mowers are indeed electric (battery-powered), commercial-grade products. The page promoting the mowers displayed, "Coming Fall 2023," which meant that the series wasn't set to be released for around a year.

Vehicles powered by electricity, whether they be cars or riding mowers, have become a hot topic in the world of U.S. politics. This has led to quite a few rumors in recent years.

For example, earlier in 2022, Facebook users copied and pasted an evidence-free post about John Deere, a company that also manufactures lawn equipment. According to the post, John Deere purportedly asked a farmer to convert his equipment to electric-power tractors and combines by the year 2023. The farmer then supposedly posed a number of questions in response, apparently leaving the company representative speechless. However, as we reported in August, the company said it doesn't even have plans for any battery-operated or electric large tractors and combines, which called the whole story into question.