Even the most innocuous actions can be made to seem sinister when presented with a healthy heap of paranoia. 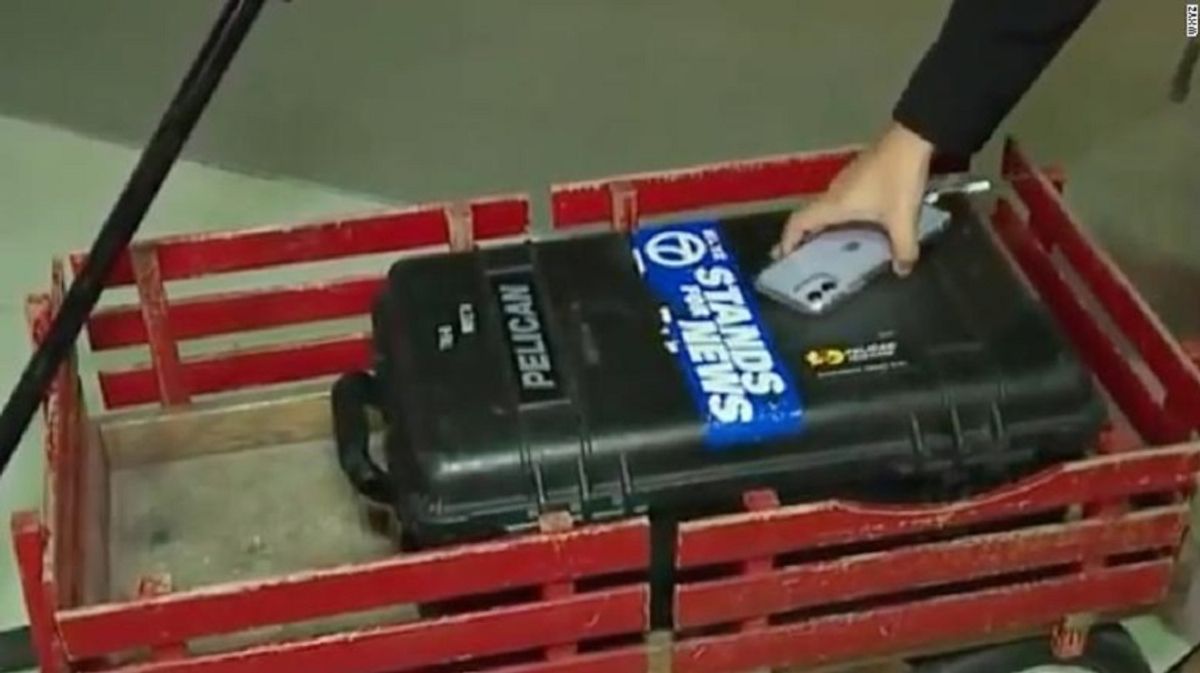 Claim:
A video captures a ballot box being furtively delivered to a Detroit counting center under cover of darkness.
Rating:

After voting ended in the contentious 2020 U.S. presidential election but vote counting was still underway in many states where the results were uncertain, numerous right-wing and conspiracy websites circulated a video purporting to document a cause of election fraud.

That video supposedly captured someone arriving at the TCF Center in Detroit (a facility being used for ballot tabulating) in the early-morning hours of Nov. 4  — roughly around the time the in-progress statewide vote count for Michigan started trending away from U.S. President Donald Trump and towards his opponent Joe Biden — furtively delivering a ballot box "containing thousands of votes" that was unloaded from a white van and transported into the facility in a red wagon:

But in fact, the video depicted no ballots or ballot boxes being furtively delivered in Detroit under cover of darkness. The man pulling the wagon was a photographer working with reporter Ross Jones of WXYZ, a Detroit TV station, and he was carrying nothing but camera equipment into the TCF Center: