Is This the 'Most Detailed Image of a Human Cell to Date'?

For starters, it isn't even, strictly speaking, a human cell. 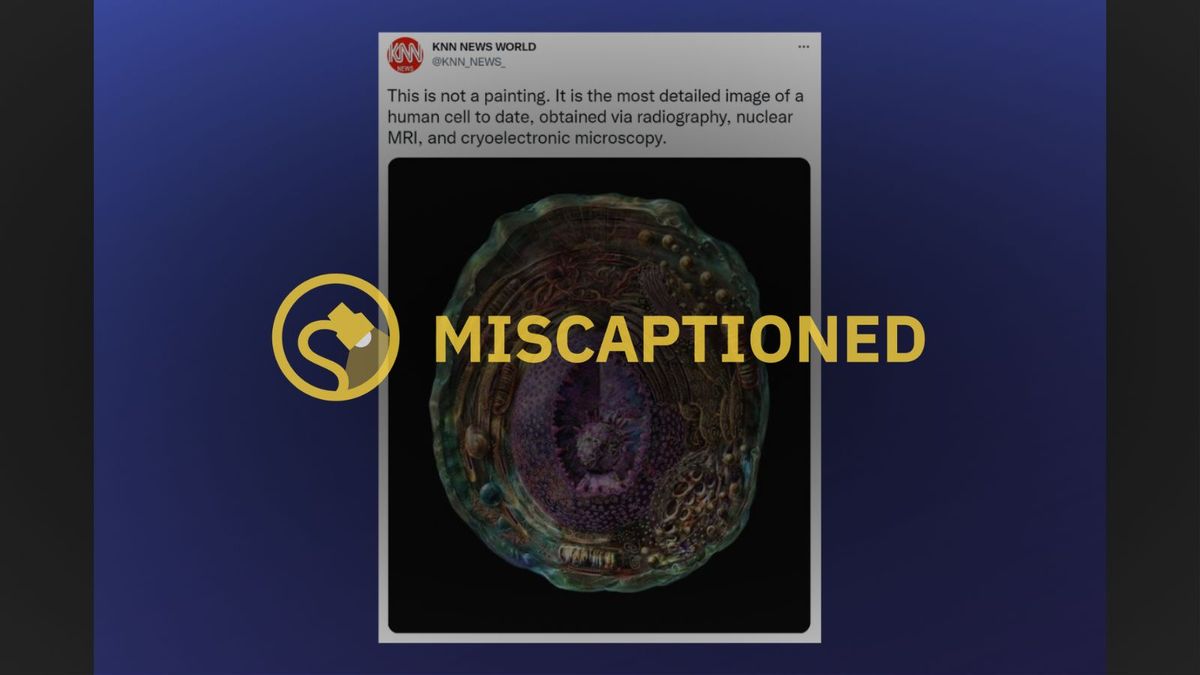 Claim:
Viral posts show the most detailed image of a human cell to date, obtained via radiography, nuclear MRI, and cryoelectronic microscopy.
Rating:

In April 2021, an image went viral on social media platforms that was represented as follows: "This is not a painting. It is the most detailed image of a human cell to date, obtained via radiography, nuclear MRI, and cryoelectronic microscopy."

As we'll explain below, that description is completely inaccurate. First, here's an example of the miscaptioned image as posted on Facebook in late 2022: 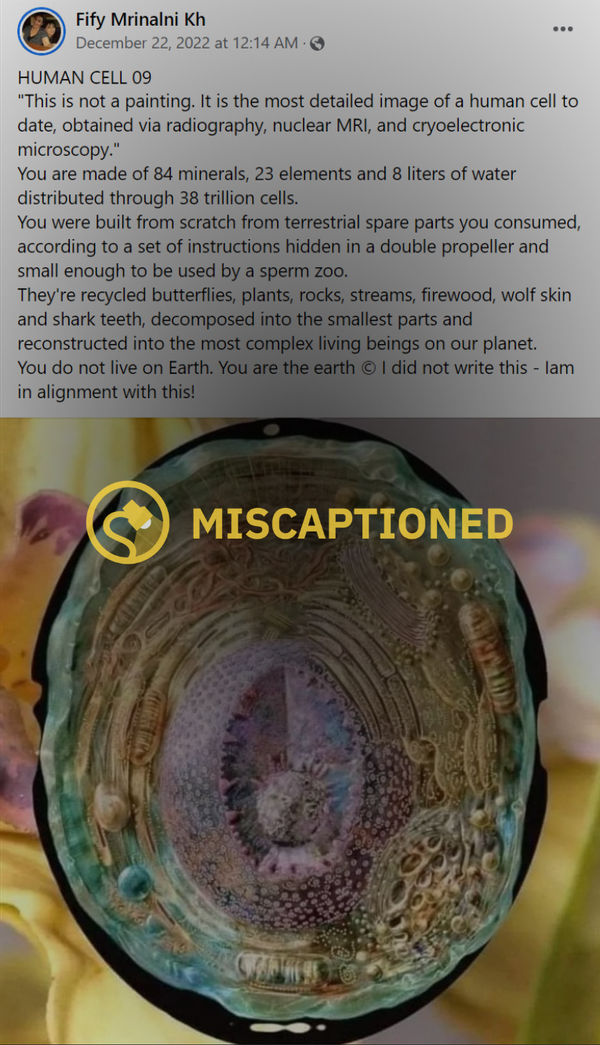 Contrary to what the caption claims, this is a painting of sorts -- a digital illustration by an artist named Russell Kightley. It is not the most detailed image of a human cell to date -- in fact, it is, in Kightley's words, a "generalized animal cell," not specifically a human cell. Nor was the image obtained via radiography, nuclear MRI, or cryoelectronic microscopy. All of that was made up out of whole cloth. Kightley created the image with graphics software.

As Kightley has written on his blog, the image has repeatedly gone viral since April 2021, almost never with an accurate description or proper credit to the artist (AFP fact-checked viral versions of the image in July 2021). Kightley wrote:

The image was created twenty years ago for an educational poster for BioCam. It took six weeks of full-time work to create using Painter (Fractal Design's Painter as it was, now it's managed by Corel). Since then, it's appeared in lots of places, including Richard Dawkins's book, The Greatest Show on Earth (plates 12-13 c). It's available on prints and merchandise and for licensing (publication, academic use, etc.). If you want to print it out for your home or office you can buy the digital file here. If you want it for teaching, you can get the 700-pixel file here.

Of the conception and design of the illustration, Kightley wrote:

I wanted it to look like an opened jewelry box, for the glint and sense of wonder at the inner workings. The colors are arbitrary, but I've used greenish-blue for plasma membranes and red or purple for DNA for many years. It's a generalized animal (including human) cell, with no specializations and was designed as a basic biology teaching tool.

I have spent many years creating cell and virus illustrations and animations, including pioneering work on animating the HIV life cycle back in 1990-1991, where I created internal cellular landscapes (using electronic paint on a Quantel Paintbox) and originated this style of illustration.

You can learn more about the artist and view more of his work on RussellKightey.com.