Has the Trump Administration Launched an Immigrant 'Denaturalization' Task Force?

In June 2018, the United States Citizenship and Immigration Services announced they were staffing a new office targeting naturalized citizens who cheated on their applications. 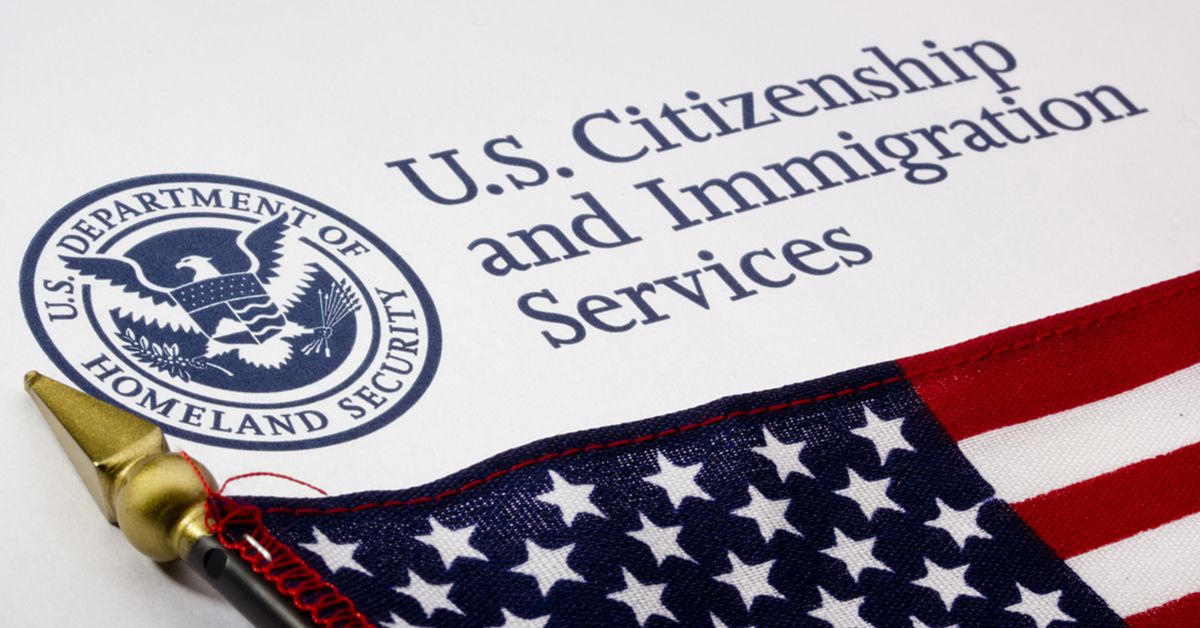 Claim:
A new U.S. Citizenship and Immigration Services task force is charged with identifying naturalized citizens who cheated on their applications and seeking the revocation of their citizenship, a process known as "denaturalization."
Rating:

In keeping with the Trump administration's focus on curtailing illegal immigration, U.S. Citizenship and Immigration Services (USCIS) Director L. Francis Cissna announced in June 2018 that the agency was doubling down on efforts to detect fraudulent naturalization cases and would seek to have the citizenship of individuals found to have applied under false pretenses revoked.

The end result of such proceedings is known as "denaturalization," a term of art that is unfamiliar to most Americans and, as such, prompted dozens of readers to ask us about the accuracy of media reports concerning the USCIS initiative.

Here is a broad outline of the push, as provided by Cissna to the Associated Press:

U.S. Citizenship and Immigration Services Director L. Francis Cissna [said] in an interview that his agency is hiring several dozen lawyers and immigration officers to review cases of immigrants who were ordered deported and are suspected of using fake identities to later get green cards and citizenship through naturalization.

Cissna said the cases would be referred to the Department of Justice, whose attorneys could then seek to remove the immigrants’ citizenship in civil court proceedings. In some cases, government attorneys could bring criminal charges related to fraud.

Until now, the agency has pursued cases as they arose but not through a coordinated effort, Cissna said. He said he hopes the agency’s new office in Los Angeles will be running by next year but added that investigating and referring cases for prosecution will likely take longer.

“We finally have a process in place to get to the bottom of all these bad cases and start denaturalizing people who should not have been naturalized in the first place,” Cissna said. “What we’re looking at, when you boil it all down, is potentially a few thousand cases.”

Concurrently, the Department of Homeland Security's 2019 budget for Immigration and Customs Enforcement (ICE) calls for the hiring of 300 additional special agents and 212 support personnel to assist in the investigation and prosecution of such cases.

Mae Ngai, a history professor at Columbia University, told National Public Radio during a July 2018 interview that it was the first time in nearly 75 years that the federal government had programmatically sought the denaturalization of American citizens:

The last time the federal government tried to denaturalize citizens was during the McCarthy period. And they went after people who they were accusing of being Communists who were naturalized citizens. And they took away their citizenship and deported them. It wasn't that many people because, actually, it's not that easy to do. But that was the last time that there was a concerted effort.

As Director Cissna's remarks suggested, denaturalizing individuals who obtained citizenship illegally is a multi-agency process in which the USCIS basically functions as a fraud detector, reviewing cases where the use of fake identities is suspected and referring them to the U.S. Department of Justice (DOJ) as necessary for civil or criminal proceedings.

A recent case in Florida that resulted in the denaturalization and imprisonment of an asylum seeker from Haiti illustrated how the process works. The following account was talen from a USCIS news release dated 5 June 2018:

U.S. Citizenship and Immigration Services (USCIS) assisted in an investigation that led to U.S. District Judge Virginia M. Hernandez Covington sentencing Enite Alindor, also known as Odette Dureland, to five months in federal prison. The 55-year-old woman was sentenced for making false statements in a matter relating to naturalization and citizenship and for procuring naturalization as a U.S. citizen. As part of her sentence, the court also entered an order de-naturalizing her, thus revoking her July 2012 naturalization as a U.S. citizen. A federal jury had found her guilty on March 1, 2018.

According to court documents, Alindor, a citizen of Haiti, applied for asylum with the Immigration and Naturalization Service (INS) in Miami in 1997. After the INS denied that application, the United States Immigration Court ordered her to be removed from the United States. Shortly thereafter, Alindor presented herself to the INS as Odettte Dureland and filed for asylum protection under that new identity. She concealed the fact that she had previously applied for status in the United States as Enite Alindor, and she concealed the fact that she was under a final order for removal from the United States. USCIS personnel, unaware of the Alindor identity and order of removal, approved Dureland for citizenship in July 2012, and she was naturalized as a U.S. citizen under that name in July 2012.

A DOJ news release painted a broader picture of that investigation and the various agencies and programs involved:

This case was investigated by U.S. Immigration and Customs Enforcement’s Homeland Security Investigations, with assistance from the U.S. Citizenship and Immigration Services Fraud Detection and National Security group in Tampa, and the USCIS Asylum Office in Miami, Florida. It is being prosecuted by Assistant United States Attorney Jay L. Hoffer.

Operation Second Look is one of two Department of Homeland Security (DHS) programs devoted to ferreting out fraudulent naturalization claims. The other, higher-level program is Operation Janus, an initiative launched during the Obama administration "to prevent aliens who received a final removal order under a different identity from obtaining immigration benefits." Operation Second Look is described in ICE's 2019 budget overview as a program created "to address leads received from Operation Janus."

The original impetus for Operation Janus came from the discovery that hundreds of aliens from so-called "special interest countries" (those regarded as posing national security concerns for the U.S.) who had been ordered to leave the country managed subsequently to obtain citizenship or legal permanent resident status using other identities.

However, the operation yielded a relatively small number of investigations and no denaturalizations at all under the Obama administration, a situation Trump's Justice Department immediately commenced to remedy. In September 2017, the DOJ announced the filing of denaturalization complaints against three individuals who allegedly obtained naturalized citizenship by fraudulent means more than a decade ago.

In January 2018, the DOJ secured its first-ever Janus-related denaturalization order against one of those individuals.

As noted in the Justice Department's announcements of these actions, they were accomplished with the participation of USCIS, months before Director Cissna announced staff increases for the purpose of handling such cases. The creation of an office devoted exclusively to these activities speaks to the Trump administration's resolve to denaturalize citizens deemed to have obtained citizenship by illegitimate means under existing U.S. immigration laws.

U.S. Department of Justice.  "United States Files Denaturalization Complaints in Florida, Connecticut and New Jersey Against Three Individuals Who Fraudulently Naturalized After Having Been Ordered Deported Under Different Identities."     19 September 2017.