Did Senate Democrats Call for Supreme Court Nominees to Ignore the U.S. Constitution?

A meme containing fake quotes from a satirical article managed to take in some followers of conservative commentator David Clarke. 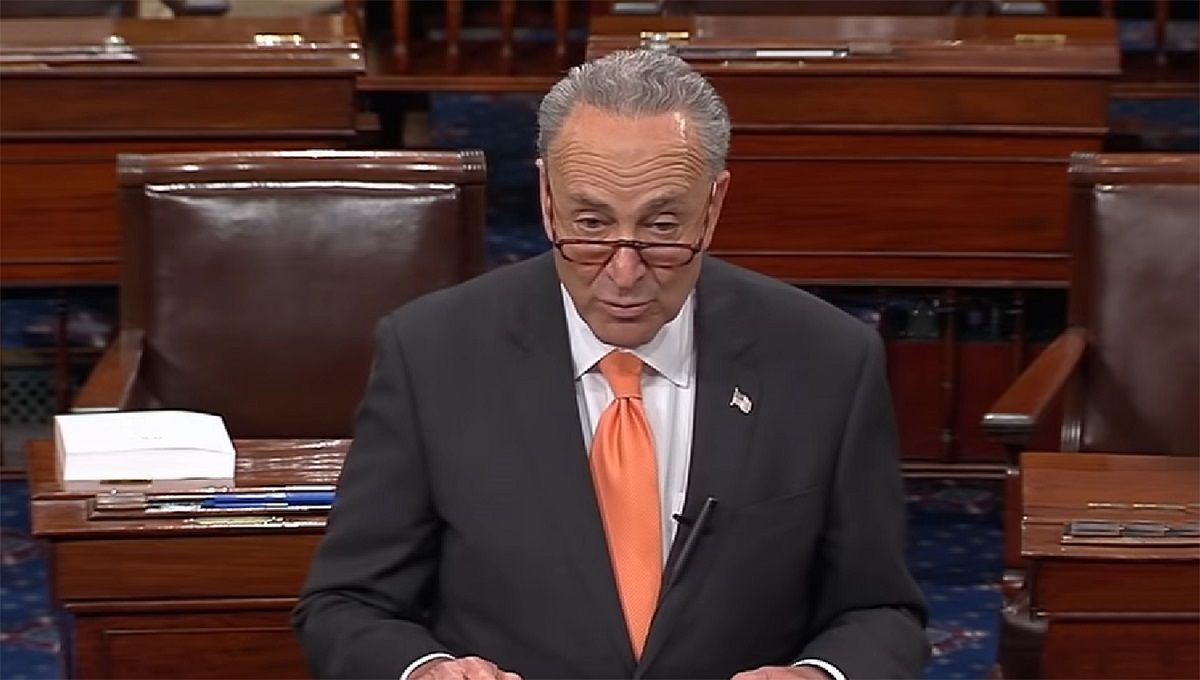 Claim:
In June 2018, three Democratic senators called for Supreme Court nominees to not be "unduly influenced" by the U.S. Constitution.
Rating:

Supreme Court Justice Anthony Kennedy announced in June 2018 that he would be retiring from the nation's highest court at the end of July, prompting speculation about his likely replacement and no small measure of intrigue about the circumstances surrounding his departure.

The satirical Babylon Bee web site published an article, intended to be humorous, that posited a number of leading Democrats in the U.S. Senate calling for Supreme Court nominees to end their attachment to the U.S. Constitution. The article, bearing the headline "Senate Democrats Demand Supreme Court Nominee Not Be Unduly Influenced by U.S. Constitution," began as follows:

Still reeling from Trump’s previous Supreme Court nominee, Neil Gorsuch, Democrats plan to scrutinize any new nominee to ensure that he or she isn’t yet another crony of something called “The Constitution,” Senate Democrats announced Friday.

“Time and time again, we find progressive laws getting struck down,” Senate Minority Leader Chuck Schumer said in a Senate address. “And it’s always — always — the ones the Constitution is against. These right-wing judges don’t think for themselves, they just do whatever the Constitution says. And it’s time for that to end.”

Senate Democrats have vowed to make sure that any new nominee isn’t going to be beholden to outside influences like the Constitution, the founding fathers, or the rule of law. “We need judges to be advocates of progressive laws,” Senator Elizabeth Warren added. “Not people who will bow to the whims of the Constitution, pitting its extremist values of freedom of speech and freedom of religion against our agenda.”

“We’re sick and tired of the Constitution sitting in the National Archives, manipulating everything we do,” stated Senator Cory Booker, trying to emote for the cameras but failing. Booker then called a ten-minute recess for him to refresh his supply of fake tears before he could continue.

Of course, Senators Schumer, Warren, and Booker did not make the statements attributed to them in the article, which was satirical in nature. Nonetheless, after the Babylon Bee article was published, someone worked its headline and the three (fake) quotations from Democratic Senators into meme form, along with additional critical commentary: It's not clear who created this meme, but it was provided with greater online reach after it was posted to Facebook by David Clarke, the former Sheriff of Milwaukee County, Wisconsin, a vocal supporter of President Donald Trump. In an edited Facebook post, Clarke later acknowledged that the quotations were made up from the Babylon Bee and apologized for what he called the "glaring omission" of failing to mention (at first) that the underlying source was satirical.

Inevitably, the meme and the fake quotations it contained were taken seriously by some viewers, who posted criticisms of Schumer, Warren, and Booker in response to Clarke's post.