Several African American legislators from the U.S. were part of a Congressional delegation that traveled to Italy and Ghana. 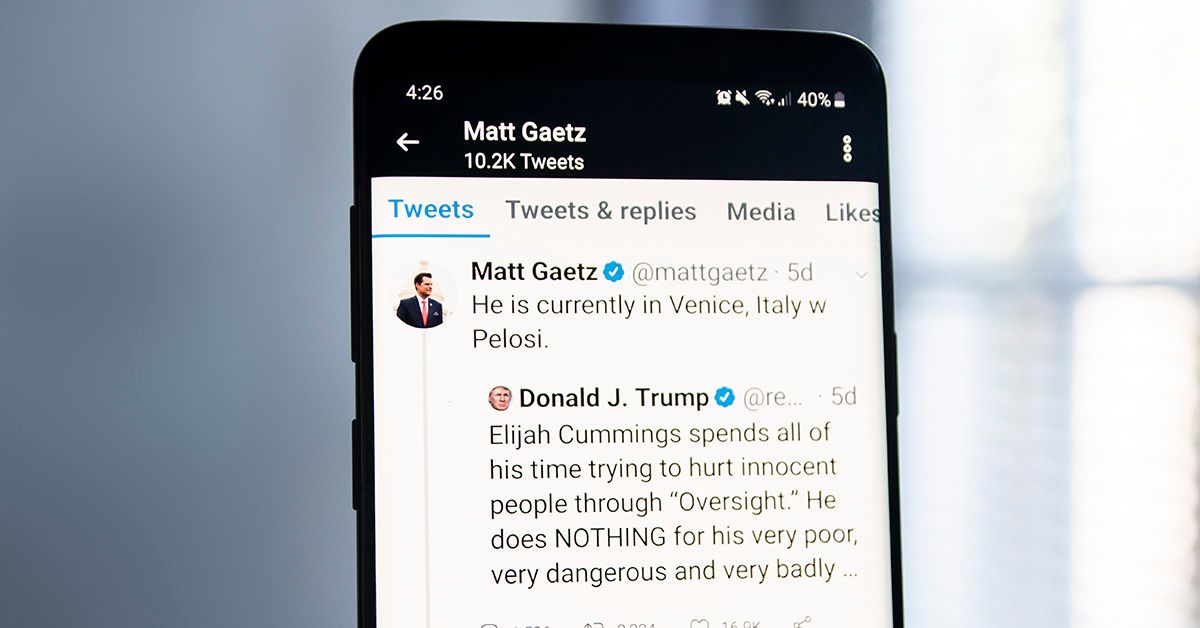 Claim:
In July 2019, U.S. Rep. Elijah Cummings was in Venice, Italy, with other Democratic lawmakers.
Rating:

Some social media users have claimed U.S. Rep. Elijah Cummings was in Italy in late July 2019, dining at a fancy restaurant in Venice with other lawmakers. The claim went viral even though it's untrue — the following tweet and others like it remaineded live on Twitter despite spreading misinformation:

Here’s Nancy Pelosi, the Squad and Elijah Cummings (just out of the picture) having an extremely expensive lunch at the renowned Harry Cipriani in Venice, right near their 5 star hotel, while their constituents are living in squalor. Inequality??: pic.twitter.com/0hpGG4YoHO

Cummings, a Democratic congressman who chairs the House Oversight Committee and has long represented Baltimore, was indeed "out of the picture" -- because he was thousands of miles away from Italy.

Pelosi's office released a list of 13 members of Congress who accompanied her on the trip, which was described as a delegation to visit the U.S. Army Africa headquarters in Italy, and then to Ghana to meet Ghanian President Nana Akufo-Addo and Ghana's speaker of Parliament Mike Oquaye, among others. The American legislators also planned to "pay respects at Cape Coast and Elmina Castles and the 'Door of No Return,' to observe the 400th Anniversary of the First Enslaved Africans Landing in America."

The legislators who accompanied Pelosi included "Majority Whip James Clyburn, Chairwoman of the Congressional Black Caucus Karen Bass, Co-Chair of the Democratic Steering and Policy Committee Congresswoman Barbara Lee and icon of the Congress, John Lewis." The list did not include Cummings.

Cummings has been the target of ongoing attacks from U.S. President Donald Trump and his supporters, which began when Trump angrily reacted to Cummings' criticism of his administration's treatment of migrant children in U.S.-Mexico border-detention facilities. Trump took to Twitter to attack the district Cummings represents, which includes Baltimore:

The false rumor that Cummings was in Italy along with other Democratic leaders was spread by a number of social media users with large followings, including Matt Gaetz, a Republican member of Congress from Florida:

Honest question the media should ask @SpeakerPelosi & @RepCummings - Did you have a fake impeachment presser and then fly off to Venice?
cc: @juliegraceb @mkraju @DailyCaller @brookefoxnews @npfandos @jeremyherb

This isn't the first time Gaetz spread misinformation online. In October 2018, he helped launch a false, anti-Semitic rumor that billionaire philanthropist George Soros had paid Central American migrants to travel in a caravan to the U.S. That rumor spread widely, and shortly afterwards, Soros received a bomb in his mailbox. No one was injured in the incident.

Cummings was not traveling with Speaker Pelosi's delegation to Italy and Ghana in late July 2019, so we rate this claim "false."