The famous general supposedly once handed out an exploding cigar that paid off decades later. 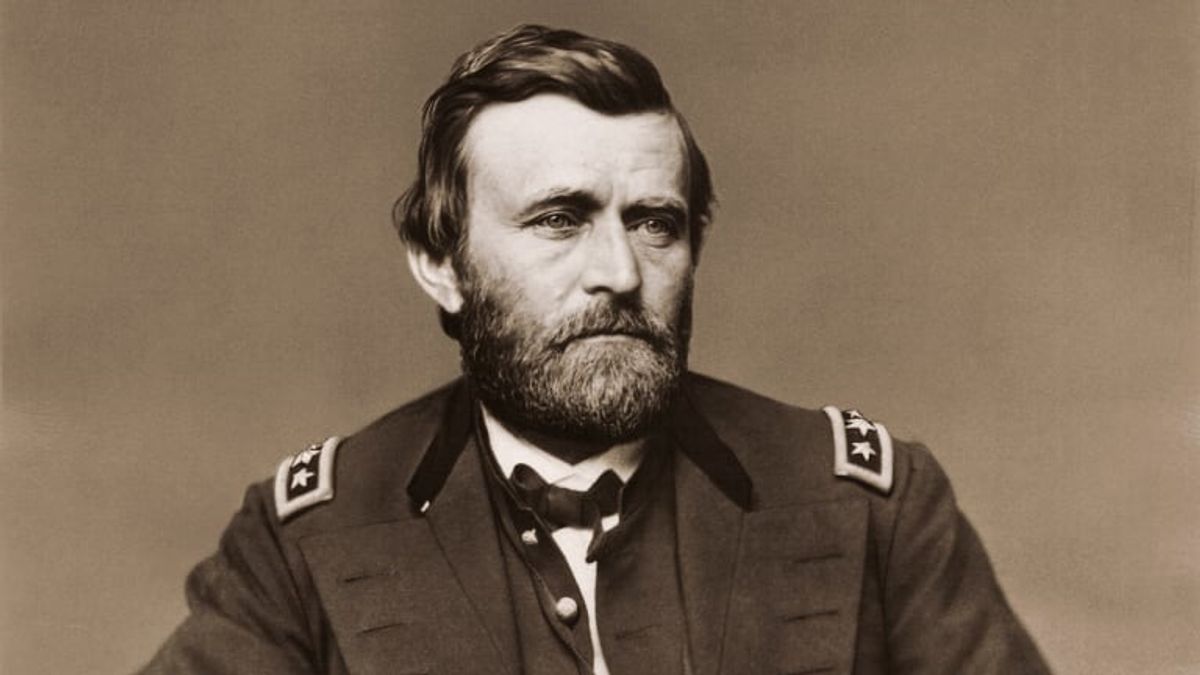 Claim:
Ulysses S. Grant once handed out an exploding cigar that paid off decades later.
Rating:

The pantheon of classic practical jokes includes gags that are pulled off in the presence of the victim (e.g., joy buzzers, squirting boutonnieres) and pranks that can be set up in advance to deliver their payoffs at some other time (e.g., whoopie cushions, itching powder). Exploding cigars fall into the latter category: although the jokester who distributes such a prankish item generally wants to be around to observe the denouement — both to ensure the jape hits its intended target and to observe the victim's embarrassment — the gag can be put in place for later culmination ... maybe even much later culmination.

An amusing anecdote told about Ulysses S. Grant (general-in-chief of all the armies of the United States from 1864-69, and President of the United States from 1869-77) involves just this sort of much-delayed payoff, positing that the General (or President) handed out an exploding cigar that missed the person who was its original mark but squarely struck one of his relatives several decades later. As told in H. Allen Smith's The Compleat Practical Joker back in 1953:

In the 1860s a man named Horace Norton, founder of Norton College, was introduced to Ulysses S. Grant, and the General handed Dr. Norton a cigar. He didn't smoke it, but cherished and preserved it as a memento of the meeting. In 1932 a Norton graduate reunion was held in Chicago and Dr. Norton's grandson, Winstead Norton, brought out the cigar, now aged seventy-five. Winstead Norton stood up before the assemblage and delivered a sentimental oration. During this speech he lit the cigar and declaimed between puffs:

"And as I light this cigar with trembling hand it is not alone a tribute to him whom you call founder, but also to that Titan among statesmen who was never too exalted to be a friend, who was ..."

After seventy-five years a Ulysses S. Grant joke paid off.

We've determined that Smith's telling of this anecdote is a slightly rewritten version of an Associated Press news story from 20 December 1932:

CHICAGO, Dec. 20 — The cigar that Gen. Ulysses S. Grant is supposed to have given to Horace Norton of Williams Point, was like the general's military thrusts. It had power.

For years it had been kept in the college museum, but after it was decided that the school should discontinue, the alumni concluded that nothing could be more fit and proper than to have the cigar smoked at their annual reunion.

And so it was that Winstead Norton, grandson of the college's founder, was selected to do the honors, which were appropriately done in a loop hotel.

"And when," said Norton, "I light this cigar with trembling hand, it is not alone a tribute to the spirit of him whom you call founder, but also to that titan among statesmen who was never too exalted to be a friend."

It was a touching scene, as Norton lifted his cigar lighter. It was more so when he began to puff. The first was satisfactory, but on the second, the cigar exploded.

Now that we know the source, is this a true story or just a bit of apocryphal drollery made more interesting by invoking the name of an historic figure? For starters, we can tell that Smith (or someone else) embellished the original account by adding some spurious details — for example, the 1932 Associated Press article does not include any information about the timing of the supposed prank, but Smith's version twice makes reference to "seventy-five" years, indicating that the prank cigar would have been handed out in 1857. However, in 1857 Ulysses S. Grant was an obscure figure, a former army officer who had resigned his commission and was eking out a living as a Missouri farmer — he wasn't likely to be hobnobbing with Dr. Horace Norton back then, nor would Norton have had much reason to "cherish and preserve" a cigar proffered to him by Grant at that time.

The legend also has some questionable aspects to its plot. Would a cigar that had not been kept in a humidor (or some other climate-controlled circumstance) still be in smokeable condition several decades later? Would anyone really think it appropriate to destroy an historical heirloom that had been carefully preserved for many years in this fashion? Would the explosive charge have retained its power after all that time?

Aside from that speculation, we haven't been able to uncover much of anything else about this legend. All versions of it apparently stem from the same Associated Press report, and we haven't found any other evidence of a connection or meeting between Ulysses S. Grant and Horace Norton, nor have we turned up any account from any other witness to the "exploding cigar" alumni event. Without knowing even the name of the correspondent who provided the report to the Associated Press, we don't have much else to go by in trying to trace it back to a source. It could be a true story, it could be a bit of amusing fiction fabricated by (or fed to) a reporter, or it could be a literally true but staged event (i.e., the cigar hadn't been handed out by Grant and was instead a joke planted in the college's museum years earlier, or Grant did hand out a cigar, but it was a perfectly ordinary one that some prankish alumni swapped with an exploding version just before Winstead Norton lit it up in 1932).

If we had to guess, we'd come down on the "fictional or staged" side of the issue. Ulysses S. Grant wasn't known for having a sense of humor that extended to practical jokes of this nature, and it would have been rather unseemly of him (especially after he became famous as a Union general and a United States president) to hand out an exploding cigar to another eminent person, especially someone to whom he'd only just been introduced.