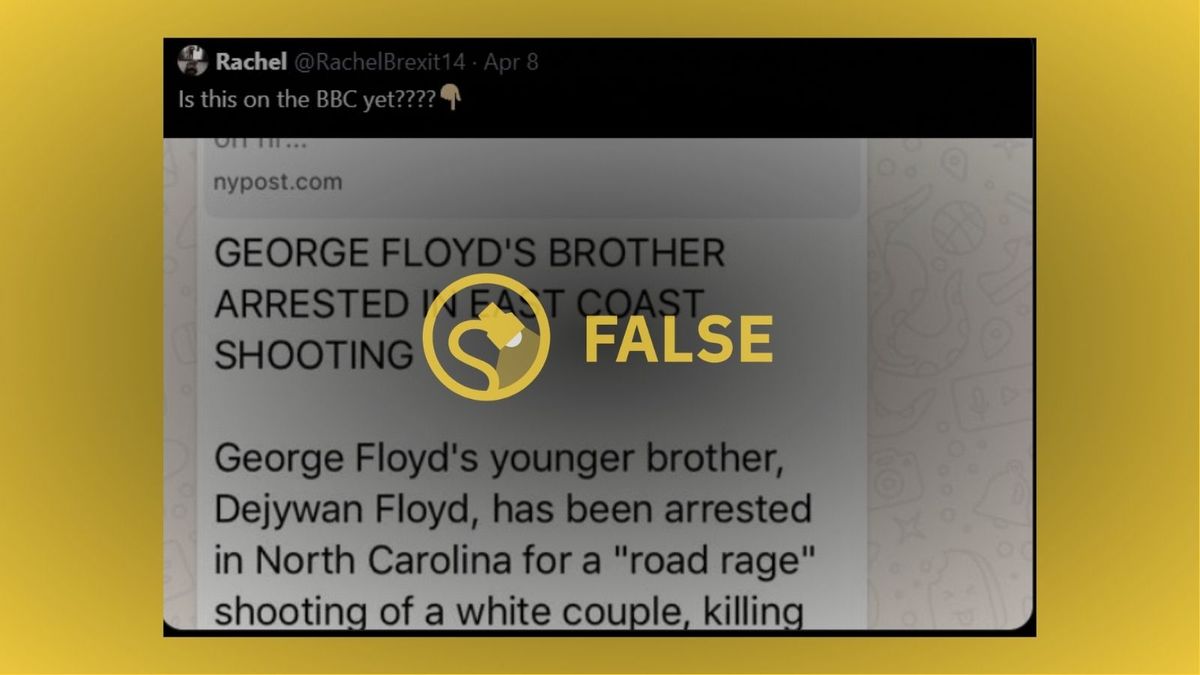 Claim:
Dejywan Floyd, who was charged with first-degree murder in April 2021, is the younger brother of George Floyd, who died after a police officer knelt on his neck for more than nine minutes in May 2020.
Rating:

In April 2021, the Robeson County Sherriff's Office arrested a 29-year-old man named Dejywan Floyd and charged him with first-degree murder in connection to a road rage shooting. As news of Dejywan Floyd's arrest circulated on social media, so did a rumor that this person was the brother of George Floyd, the man who was killed by a police officer in Minnesota in May 2020. Dejywan Floyd and George Floyd are not brothers.

There has been a wide range of reports about George Floyd's life and none mentioned a brother named Dejywan. In Floyd's obituary, a long list of family members is given, including three sisters (Zsa-Zsa, Bridgett, and LaTonya) and three brothers (Terrance, Philonise, and Rodney). Floyd's obituary also mentioned two stepsisters and two stepbrothers, none of whom is named Dejywan.

The claim that these two Floyds were related did not originate with any credible news reporting, police reports, or other documentation. Rather, it appears that this claim is based solely on the fact that these two people share a surname. But having the same last name does not automatically mean that two people are related, especially on such an intimate level as siblings. Actor Martin Lawrence, for instance, is not the brother of actress Jennifer Lawrence, nor is actor Drew Carey the brother of singer Mariah Carey.