Astrophysicist Neil DeGrasse Tyson did not convey a bizarre tale of robbing a drug dealer of LSD when explaining the impetus for his career. 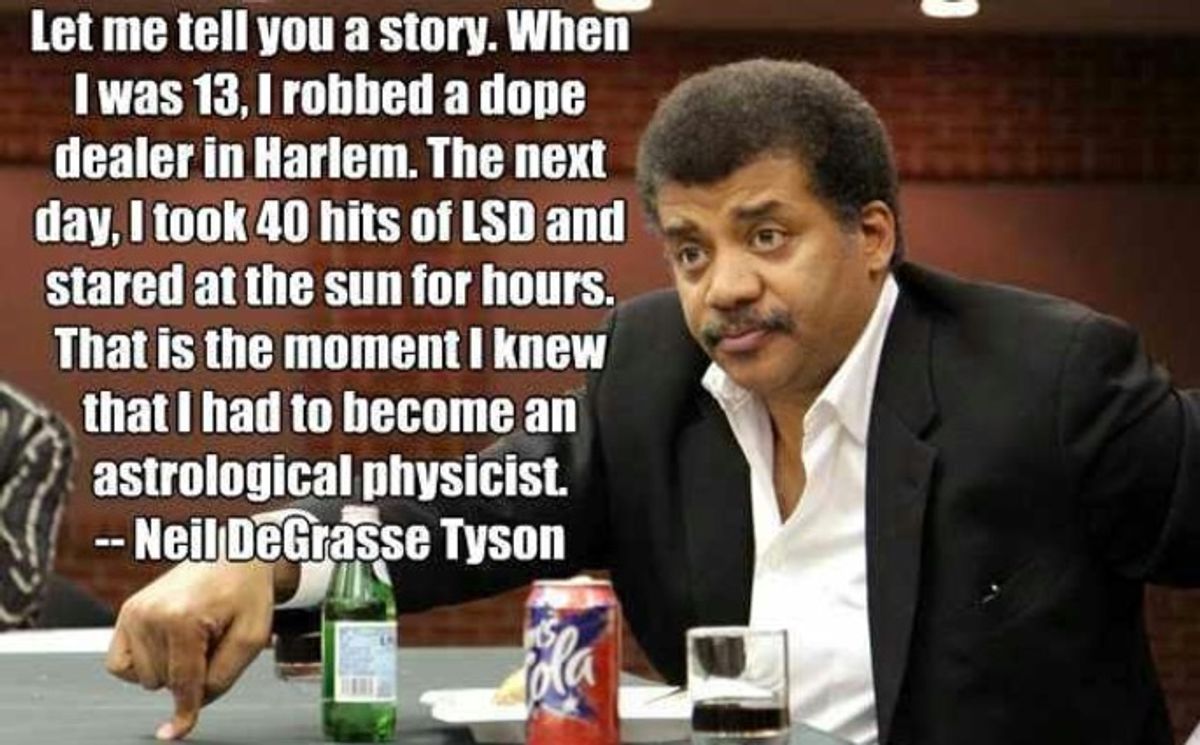 Claim:
Neil DeGrasse Tyson said his interest in "astrological [physics]" stemmed from his experience stealing and consuming large quantities of LSD as a young teen in Harlem.
Rating:

Let me tell you a story. When I was 13, I robbed a dope dealer in Harlem. The next day, I took 40 hits of LSD and stared at the sun for hours. That is the moment I knew that I had to become an astrological physicist.

The quote was spread widely across social media, with many users wisely questioning whether the comment actually originated with Tyson:

Although the image and its commentary were easily found in social media posts published from mid-2014 onward, what was missing from all of them was links to any credible direct or anecdotal evidence that the quote came from Tyson himself. Such a bizarre comment would certainly have been worthy of publication, but no news outlets ever covered the putative remarks or provided context for them. The words appear to exist only in image macro form.

That the purported Neil DeGrasse Tyson quote referenced a notorious 1960s-era urban legend suggested it was an obvious fake. And concise biographical information published about Tyson's early life states that his interest in science and space began at the age of nine, after he visited the sky theater of the Hayden Planetarium in New York.