Did a Defunded Police Department Sell Off Its Nuclear Submarine? 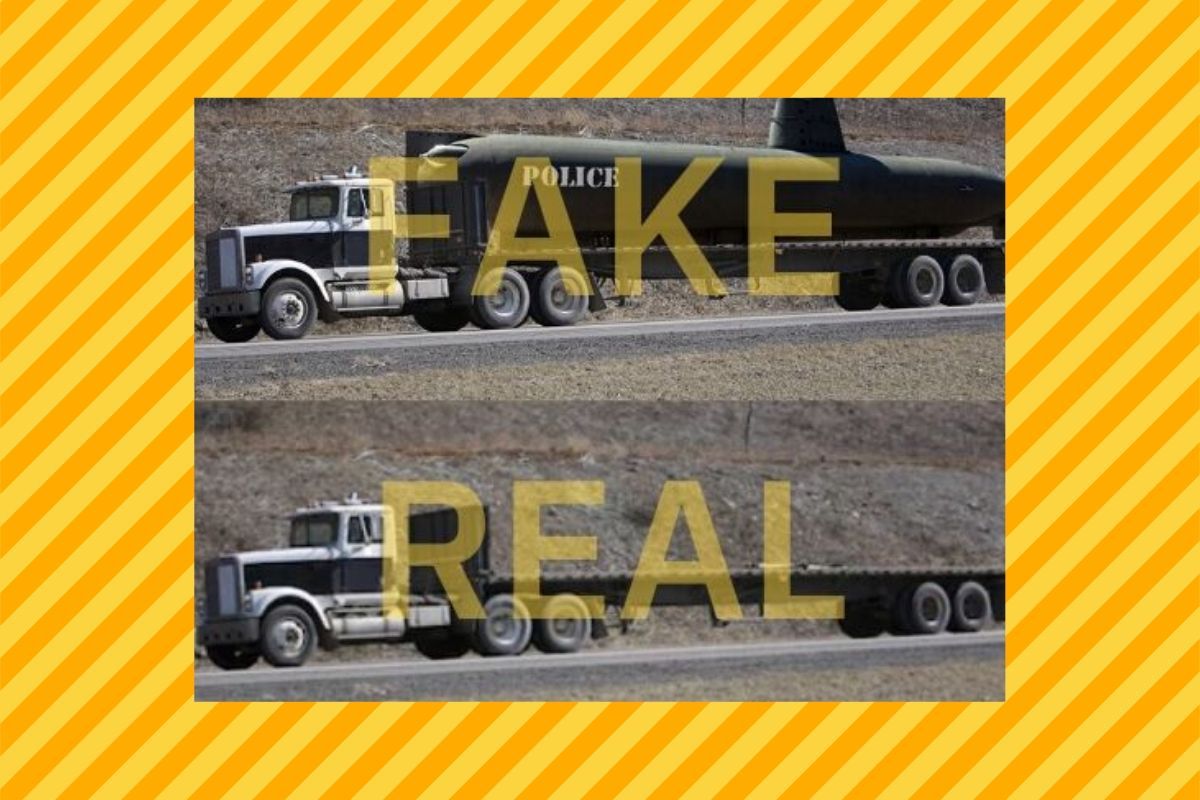 Claim:
A defunded police department in Montana was forced to sell their nuclear submarine.
Rating:

On June 16, 2020, The Hard Times published an article saying that a defunded police department in Montana was forced to sell their nuclear submarine:

This satirical article was illustrated with an image showing a submarine on the back of a truck. This image was fake, however, and was created by digitally inserting a submarine into the bed of an empty truck: