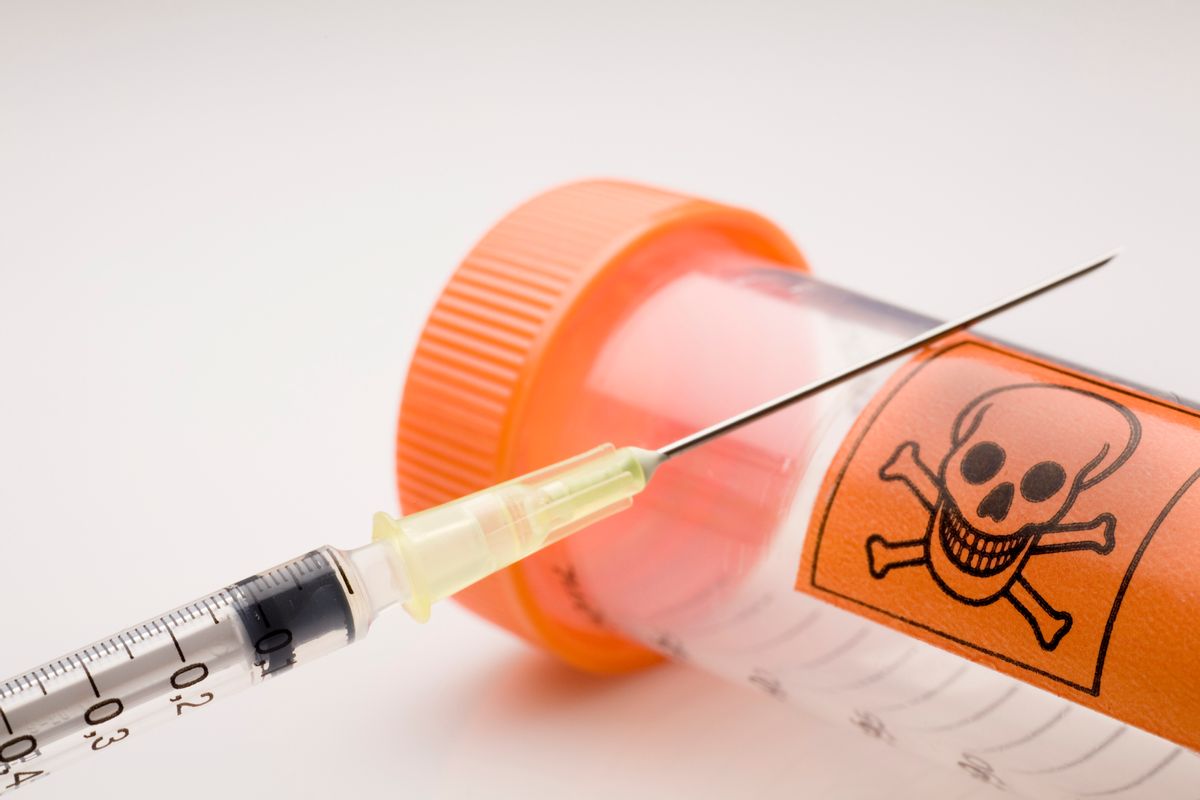 Syringe and toxic substance.More on this lightbox: (Image Via Getty Images/Stock photo) A combination of satirical and fictional content created in such a complex way that it could not conveniently be presented or represented anywhere else but Huzlers!

While this article was originally published in July 2019, it was spread further in November 2019 after genuine news outlets reported that a man serving a life sentence appealed his case and argued that he should be let out of prison because he had already "briefly died." It appears that some readers may have been confused by this news.

To muddy the waters even further, the website zimeye.net aggregated Huzlers satirical content in November 2019 and presented this piece of fiction as if it were a genuine news item. Zimeye.net doesn't appear to carry a readily available disclaimer labeling its content as fiction.