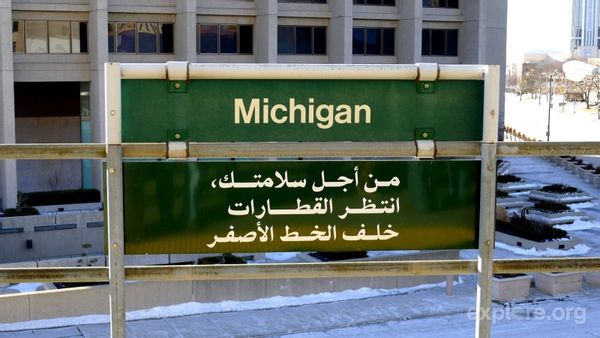 FACT CHECK: Has Dearborn, Michigan, Chief of Police Ron Haddad announced a curfew for the city during Ramadan, even for non-Muslims?

Claim:   Dearborn, Michigan, Chief of Police Ron Haddad has announced a curfew for the city during Ramadan, even for non-Muslims.

The Muslim police chief of Dearborn, Michigan, openly announced that he would enforce Shariah law on Christians... Is this true?

Origins:    On 23 June 2015, the web site Conservative Tribune published an article headlined "ALERT: Did Muslim Police Chief of Dearborn, Mich. Announce He’ll Enforce Shariah on Christians?" The article's headline and text asserted that Ron Haddad, police chief of Dearborn, Michigan (a city with a sizable Muslim population), had "announced that he’s going to be enforcing a curfew on all residents — including Christians" during the Islamic holy month of Ramadan (before informing readers that the author's interpretation of what the police chief actually said was purely speculative):

“When we find them in curfew violation we take them home the first time,” Haddad told reporters. “And the second time, we give them a ticket.”

It’s important to note that there are several viable alternative interpretations to what is being done here. On the one hand, the police chief could be reminding Muslims that while they are out during Ramadan, the rules will still apply to them. On the other hand, this could be seen as reminding non-Muslims to be respectful during the holiday. And even another way to interpret what’s happening is that the chief is enforcing curfews to keep Muslim children near their families and at home celebrating the religious meals required during Ramadan, and telling Christians and others to keep out of the way.

Given the police chief’s history, it’s alarming that he would make these kinds of comments without clarifying exactly what he is enforcing and why. In other words, if there are no sinister motives, he should say so.

Long-debunked claims about Sharia law in Dearborn continue to circulate, but the City of Dearborn itself put this latest rumor to bed on Twitter:

The city of Dearborn's web site includes mention of a curfew, but that is a standard municipal regulation applying only to unaccompanied minors during late night hours, not a regulation specially issued for the month of Ramadan that applies to all residents.