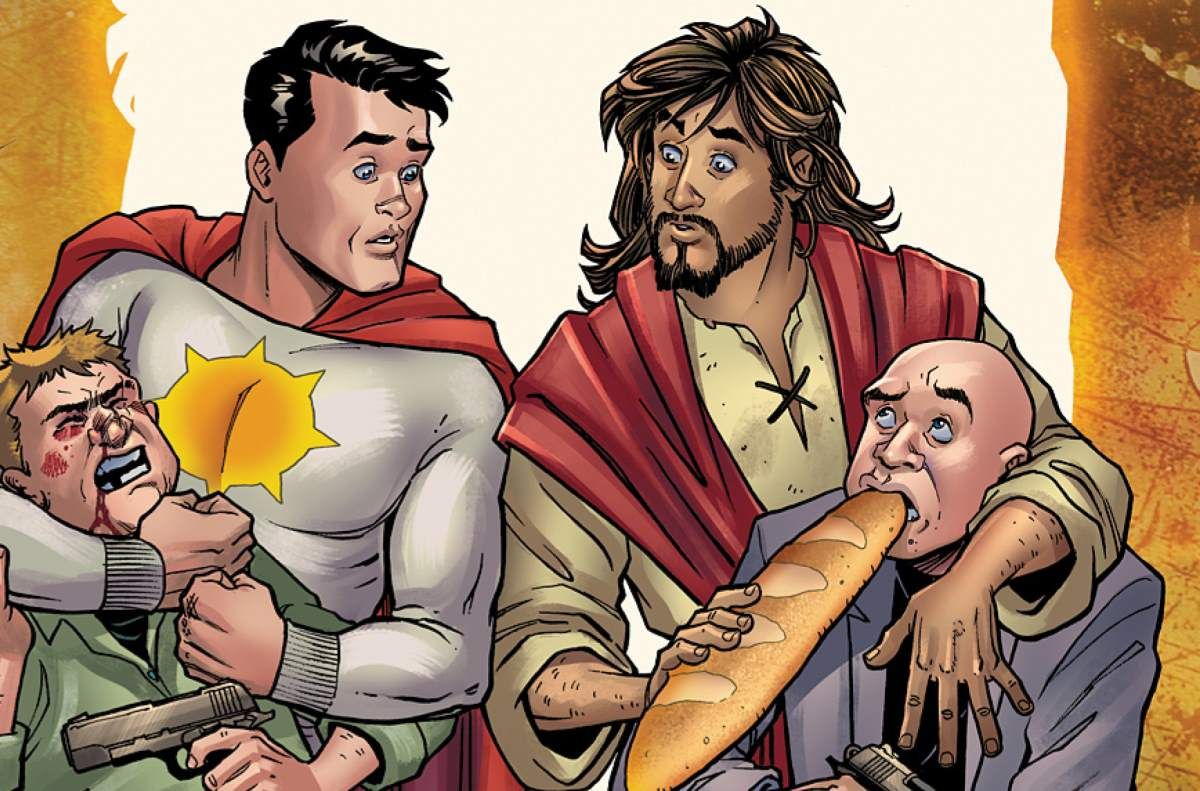 In January 2019 readers contacted us looking for confirmation that DC Comics will feature the biblical figure Jesus Christ in a different light.

The series Second Coming, written by author Mark Russell with art by Richard Pace, does indeed exist. But while DC is publishing it, the book will be a part of their Vertigo line, which is geared toward more mature readers. The first issue will be released on 6 March 2019.

The series' official synopsis describes it as a work in which "God sends Jesus to Earth in hopes that he will learn the family trade from Sun-Man, an all-powerful Super Hero, who is like the varsity quarterback son God never had. But, upon his return to Earth, Christ is appalled to discover what has become of his Gospel and vows to set the record right."

As is the case with most Vertigo titles, the book will not show Jesus interacting with mainstream superheroes such as Superman or Batman. Instead, Russell said in an interview published in August 2018, Jesus will find himself rooming with Sun-Man:

The conceit is that God was so upset with Jesus' performance the first time he came to Earth, since he was arrested so soon and crucified shortly after, that he has kept him locked-up since then.

God then sees this superhero on Earth a few thousand years later and says "that's what I wanted for you!" He sends Jesus down to learn from this superhero and they end up learning from each other. They learn the limitations of each other's approach to the world and its problems.

Russell, whose prior works Apocraphya Now and God is Disappointed in You also dealt with biblical subject matter, said that because his version of Jesus is being released from imprisonment, he has no idea how his teachings have been interpreted on Earth.

"They have him more as mascot on t-shirts to prove they're on the winning team," he said. "[Second Coming] is about Jesus coming down and being appalled by what he sees has been done in his name by Christianity in the last two thousand years."

The pop culture site Bleeding Cool, which published the interview with Russell, also reported on 9 January 2019 that his series had begun getting attention from religiously oriented and conservative news outlets including the Christian Broadcasting Network (which called Russell's take on the Jesus character "closer to blasphemous than biblical") and Fox News, among others, attributing the spread of the story to an op-ed published on the comic books news site Comic Book Resources earlier that month.

Bleeding Cool also noted that in 1989, DC Comics refused to publish an issue of the Vertigo title Swamp Thing that would have depicted a meeting between Jesus and the titular character. Between 1995 and 2000, Vertigo published the series Preacher, a comic that dealt with a human preacher, Jesse Custer, on a self-appointed mission to find God (depicted as a glowing human figure) and hold Him accountable for escaping from Heaven. The series has since been adapted for television.

DC Comics did not comment on the online criticism concerning the release of Second Coming.