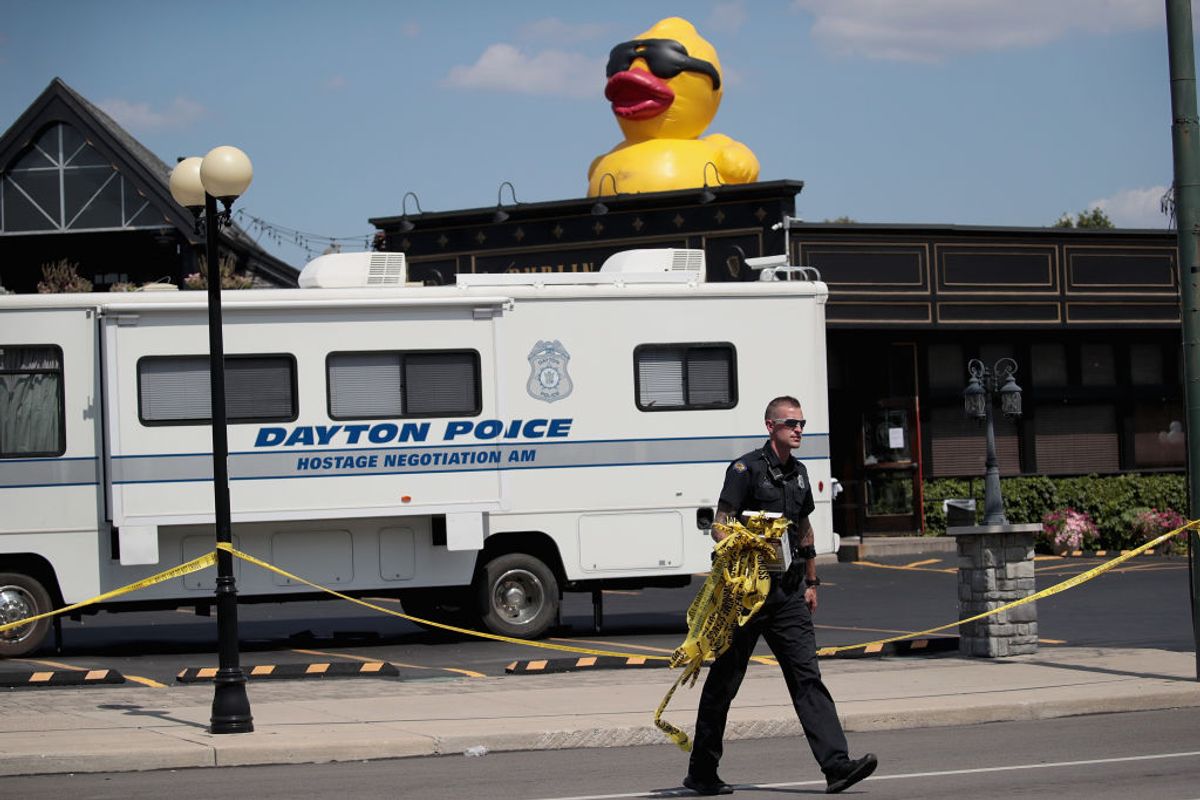 Claim:
Connor Betts, the suspect in the Dayton mass shooting in August 2019, has on social media described himself as a leftist, expressed “pro-Satan” views, and has stated support for Elizabeth Warren.
Rating:

On Aug. 4, 2019, a gunman opened fire in a crowded Dayton, Ohio, bar killing nine and wounding 27 others. A reported 30 seconds after the first shot was fired, police fatally shot the suspect, Connor Betts. In the wake of the shooting, reporters and online sleuths attempted to glean as much information about a possible motive from social media.

Breaking news website Heavy reported that it “confirmed” a Twitter account with the handle “@iamthespookster” as belonging to Betts. Heavy cited multiple verification factors, including a matching tattoo on both a page selfie and prominent news outlets’ pictures of Connor Betts; several family linkages to the page; similar photos, including of him and the family dog, on the page and family members’ verified accounts, including its name; and references to college and growing up in Ohio and Dayton. Several hours following the shooting, Twitter removed that page, further lending support to its authenticity.

Several claims about the shooter have been generated during the brief amount of time his profile was active and under intense media scrutiny. One, as articulated in a Washington Times headline, was that Betts described himself as a pro-Satan leftist who “supported Elizabeth Warren”:

Archived snapshots of Betts’ Twitter account support the claims in this headline. In terms of his “pro-Satan” leanings, Betts’ Twitter profile made several apparently favorable references to Satan. On Oct. 14, 2014, for example, Betts tweeted “HAIL SATAN ETERNAL.” He ended some of his tweets with the hashtag “#HAILSATAN.” His Twitter bio stated that he was “going to hell” and “not coming back.”

Betts’ Twitter bio used the term “leftist” as a personal descriptor as well: Though he had also tweeted (or retweeted) favorably about Bernie Sanders and progressive causes in general, Betts explicitly lent support to 2020 presidential candidate Elizabeth Warren on at least one occasion. In response to a tweet suggesting Warren and fellow Democratic presidential hopeful Kamala Harris could be "co-presidents," Betts tweeted that he would “happily vote for” Warren (but not Harris):

Police have stated that they are “not close at all” to figuring out a motive for the shooting. The specific claim that Betts described himself on social media as a leftist, as pro-Satan, and as an Elizabeth Warren supporter, however, is true.