According to this viral video, the musician predicted cat videos, phone addictions, and the phrase "social media." 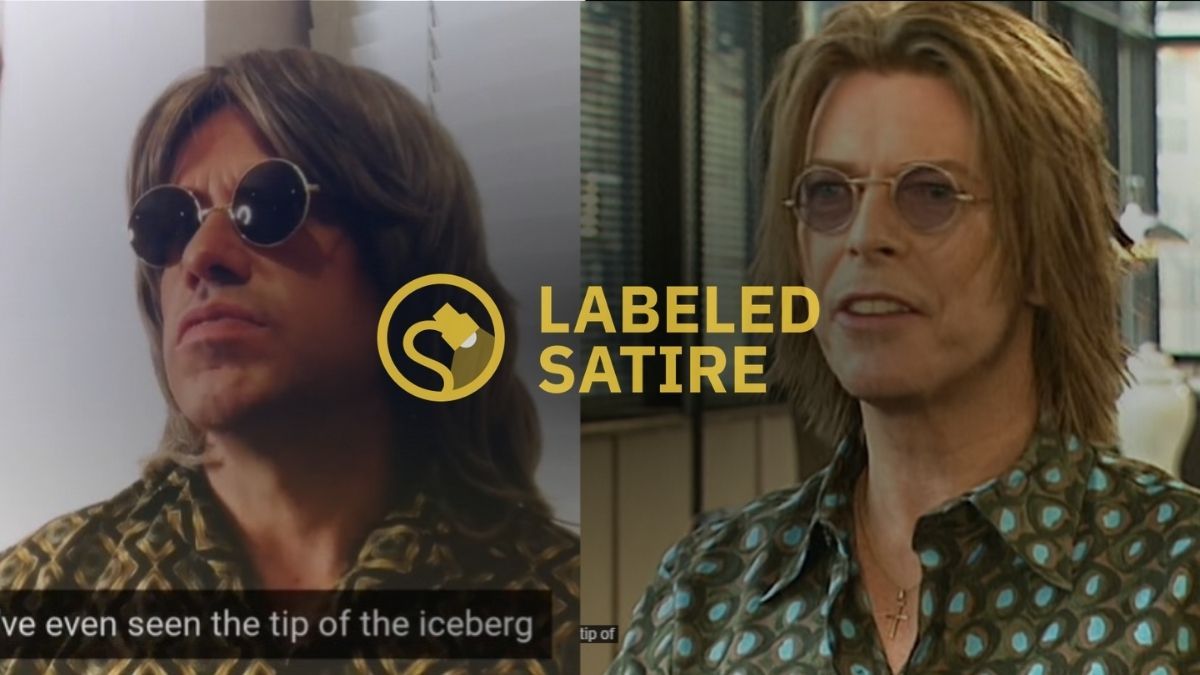 In 1999, David Bowie discussed the influence of the internet during a segment on "Newsnight." Years later, a parody video was made that grossly exaggerated Bowie's remarks.

In January 2022, a video went viral on social media that supposedly showed musician David Bowie giving an eerily accurate prediction of the modern internet age, including the rise in cute cat videos, phone addition, and the specific term "social media."

This is not a genuine video of Bowie. This is a parody clip by comedian Michael Spicer.

The above-displayed video is a parody of a famous interview the real Bowie gave on Newsnight in 1999. In fact, Spicer's clip above starts with the repetition of a quote from Bowie's original interview ("I don't think we've even seen the tip of the iceberg. I think the potential of what the Internet is going to do to society, both good and bad, is unimaginable") before launching into a humorous parody of Bowie's remarks.

You can see the original clip around the 6-minute mark of the following video:

In the original video, Bowie said that he was originally drawn to music because he felt that it was a rebellious act. In 1999, however, as music was no longer defined by "leaders" (one or two big acts, such as The Beatles in the 60s, Elvis Presley in the 50s, etc...), Bowie said that the "the internet now carries the flag of being subversive and possibly rebellious and chaotic and nihilistic" and noted how the internet was ushering in a "demystification process ... between the artist and the audience."

When interviewer Jeremy Paxman provided some pushback, asking if the hype behind the internet was exaggerated, Bowie said that he absolutely disagreed.

"I don't think we've even seen the tip of the iceberg. I think the potential of what the Internet is going to do to society, both good and bad, is unimaginable. I think we're actually on the cusp of something exhilarating and terrifying

I'm talking about the actual context and the state of content is going to be so different to anything that we can really visage at the moment where the interplay between the user and the provider will be so in simpatico that it is going to crus our ideas of what mediums are all about.