Does This Photograph Show 'Darlings of the Democrat Party'?

You'd think a photograph like this would have drawn a little more attention. 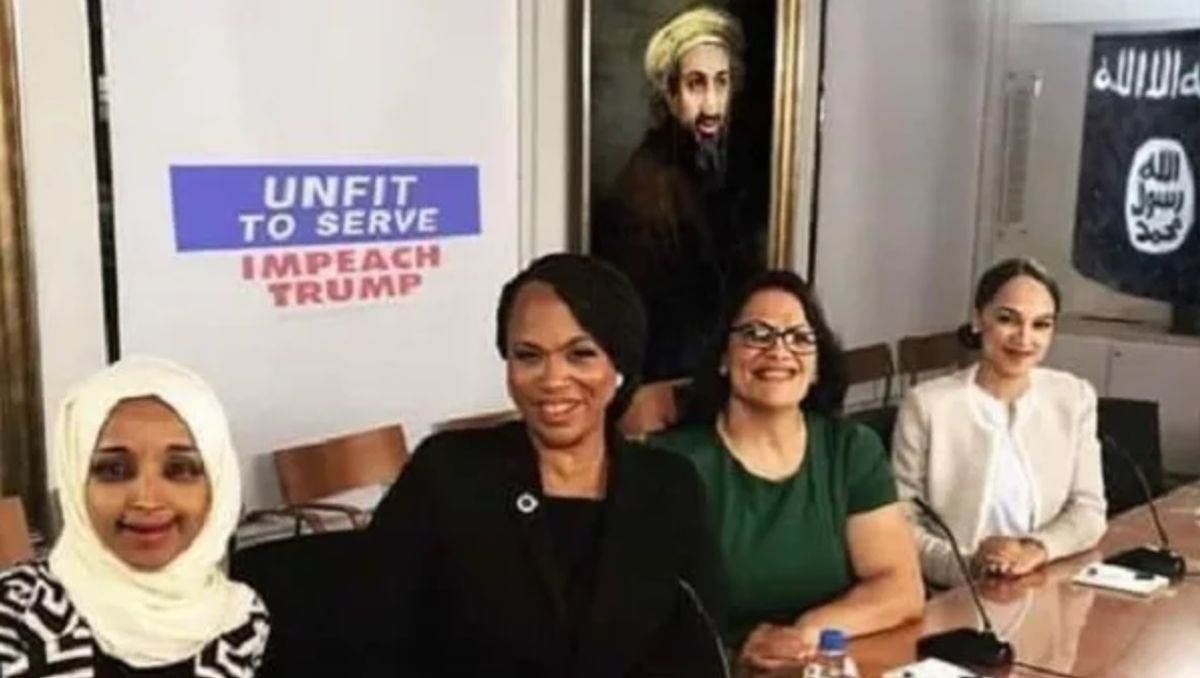 Claim:
A photograph shows four Democratic congresswomen posing with a portrait of Osama bin Laden and an ISIS flag.
Rating:

In January 2019, social media users were treated (or subjected) to a photograph purportedly showing four female Democratic members of the U.S. Congress, seated at a table in a room whose walls bore an "Impeach Trump" posted, a portrait of Osama bin Laden, and an ISIS flag: This photograph pictured Congresswoman-elect Alexandria Ocasio-Cortez of New York posting with three fellow newly-elected Democratic U.S. Representatives: Rashida Tlaib of Michigan, Ilhan Omar of Minnesota, and Ayanna Pressley of Massachusetts. Two of these persons -- Tlaib and Omar -- were the first two Muslim women ever elected to the U.S. Congress, which no doubt gave rise to the bin Laden and ISIS imagery seen in the above picture.

But of course, this was a digitally manipulated image. The original, posted to Ocasio-Cortez's Instagram account on 12 November 2018, show walls devoid of any trace of an "Impeach Trump" poster, an ISIS flag, or a portrait of Osama bin Laden: