Was Dakota Territory Split Into 2 States To Get More Republican Senators?

It depends on who you ask. 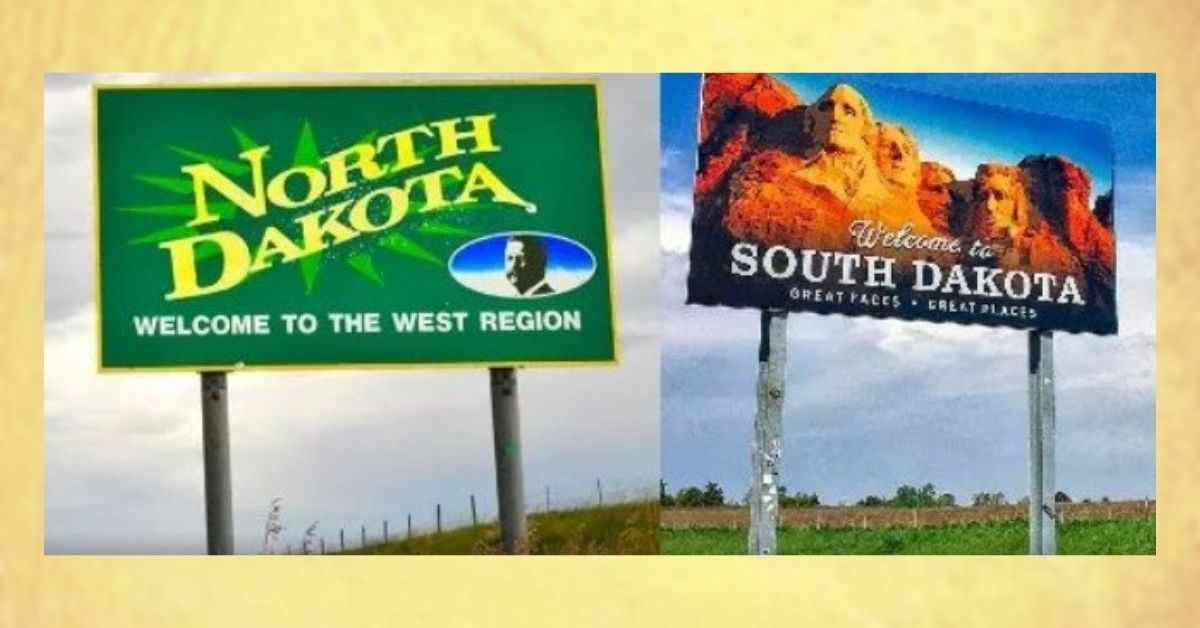 Splitting North and South Dakota into two states benefited Republicans politically, but the reason there are two states wasn't solely because of the political benefit to the national Republican party.

Amid discussions of statehood for Washington, D.C., in late April 2021, a meme spread on social media positing that the Dakota territory was split into the states now known as North and South Dakota in the late 1800s for the purpose of giving the Republican Party more political power, namely more senators and electors.

One example is a meme from U.S. Rep. Ro Khanna, D-Calif.: The meme read, "Congress split the Dakota territory in half in 1889 to admit two new states with 4 Republican senators. So spare us the fake outrage over DC statehood." The text was taken from a tweet posted by journalist Ari Berman on April 22.

The meme generally responds to congressional Republicans who have stated that allowing D.C., a heavily Democratic region, to become a state will shift the balance of political power in Congress. Noting the racial demographics of D.C. versus other states, some Democrats have accused Republicans of stonewalling D.C. statehood because of racism.

It also characterizes current Republican opposition to D.C. statehood as hypocritical, noting that the national Republican party has benefited historically from addition of new states with Republican populations.

The number of states in the union has been fixed at 50 for so long, few Americans realize that throughout most of our history, the addition of new states from time to time was a normal part of political life. New states were supposed to join the union when they reached a certain population, but in the late 19th century, population mattered a great deal less than partisanship. While McConnell is right to suspect that admitting Puerto Rico and the District of Columbia now would shift the balance in Congress toward the Democrats, the Republican Party has historically taken far more effective advantage of the addition of new states.

In 1889 and 1890, Congress added North Dakota, South Dakota, Montana, Washington, Idaho, and Wyoming—the largest admission of states since the original 13. This addition of 12 new senators and 18 new electors to the Electoral College was a deliberate strategy of late-19th-century Republicans to stay in power after their swing toward Big Business cost them a popular majority. The strategy paid dividends deep into the future; indeed, the admission of so many rural states back then helps to explain GOP control of the Senate today, 130 years later.

Like most things viewed through the lens of history, the reasons North and South Dakota exist as two separate states are complicated by changing context.

Business interests, local efforts, and national political wrangling all played a role, but without a doubt, adding North and South Dakota to the growing union of states had the effect of benefiting the national Republican party politically, and they didn't hide that motivation.

But comparing the statehood process for North and South Dakota to current advocation for Washington, D.C. statehood is comparing apples to oranges, said Michael Card, associate professor of political science at the University of South Dakota.

That period in American history was drastically different to the current circumstances in many ways — namely, at that time, a large number of states were in the process of being added into the Union. One of the major factors in deciding statehood was population counts of non-indigenous American settlers. That figure was set at 60,000 in 1787.

Another contextual difference was that the nature of the political parties have evolved over time, meaning the Republicans and Democrats of today are not representative of the parties with those names from the late 19th century in many ways.

Many of the non-indigenous settlers in the southern part of what was then Dakota territory were Union veterans of the Civil War and their families, who were Republicans. Many likely moved far away from the battlefields in the American South in an effort to get away from traumatic memories, Card noted. Scandinavian and Canadian immigrants tended to settle in the north.

As USA Today pointed out, "the Republican Party was much more concerned with protecting African Americans and their voting rights from its founding through the early 20th century. In the mid-20th century, both parties' stances on racial equity began to switch." That switch came after Democratic legislators passed voting and civil rights legislation i the 1960s.

Another important point of context the population counts in North and South Dakota justified statehood and that Democrats, who were at that time were in control of national government and aware of the territory's Republican leanings, had slowed the statehood process, in hopes of gaining a political toehold in the region.

But they couldn't stall forever. According to historian Elwyn B. Robinson in the book "History of North Dakota," there were 190,983 inhabitants in North Dakota in 1890, while there were 348,600 in South Dakota.

And in the end, it was Democrats in Congress and Democratic U.S. President Grover Cleveland who relented, signing legislation granting statehood to North and South Dakota, along with Montana and Washington.

In "History of North Dakota," Robinson noted that local advocacy also came into play when it came to the creation of the two states. At the local level, there was an internal push for statehood from a small group of influential men who were unhappy with the outside control that came with Dakota being a territory, and who wanted political equality of status.

Statehood was a quiet revolution, accomplished by less than two hundred men. The first leaders were Yankton politicians, but all came from southern Dakota and all were Republicans. With few exceptions, they were conservative, middle-class business and professional men–bankers, lawyers, ministers, railroad employees, and newspaper editors. They were of the older American stock and came from New England, New York, or the states of the Old Northwest. They were Republicans because Dakota was a one-party region–a result of the long years of territorial status when the Republican party had control of the United States government.

The idea of splitting the northern region off from the southern one started with this group, but not because of political power in Washington, D.C., Robinson wrote:

"From the beginning the Yankton leaders, a small oligarchy with much influence, planned for the division of the territory at the forty-sixth parallel. Division seemed natural. The railroads ran east and west, so that southern and northern Dakota had little contact with each other."

When Robinson described the decision to ultimately split the territory into two when admitting it into the Union though, he noted that it was pushed hard by the Republican Indiana senator who would become the 23rd U.S. president, Benjamin Harrison:

Finally, the program of division, with southern Dakota becoming a state and northern Dakota a territory, was dropped in favor of a bill to admit two states. Senator Benjamin Harrison of Indiana pushed it hard and the large population of Dakota (in 1890, North Dakota alone had 190,983 inhabitants and South Dakota 348,600) made further denial seem unjust and irresponsible. In the presidential campaign of 1888 the Republican platform called for admission of two states. Ordway and the Dakota Democrats finally dropped their single-state bill. Both Republicans and Democrats voted for the Omnibus Bill of February 22, 1889, authorizing the framing of constitutions in North Dakota, South Dakota, Montana, and Washington. When the bill finally passed the House of Representatives, some of the members threw books and papers into the air in celebration and there was a general handshaking of congratulation. A step toward equality of status had been taken.